"With so much of its leadership compromised, is the Catholic Church irredeemable?" by By Michael Rezendes, The Boston Globe 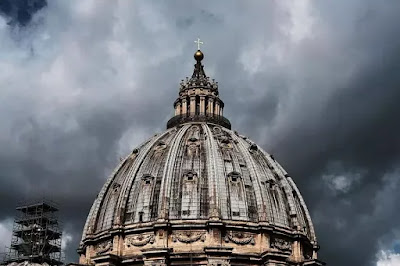 "IT’S DIFFICULT TO EXAGGERATE the crisis that has engulfed the Catholic Church due to unending revelations about priests who have sexually abused children, young adults — even nuns — and the bishops who have covered up for them.

In the American church, where the crisis is perhaps most acute, the sense of disappointment among Catholics is bordering on outrage. The anger is no longer limited to survivors and their advocates; others have joined them in the years-long effort to urge the Vatican to take decisive action.

Each week, it seems, the scandal detonates yet again with fresh news of priests who have had their way with children, and the bishops who have allowed them to continue working as trusted clergymen. Nearly two decades after the scandal erupted in Boston and began its relentless march around the world, it’s become a crisis without end.


Later this week, in what is merely the latest attempt to arrest the scandal, top bishops from around the world will gather at the Vatican to meet with Pope Francis and assure the Catholic faithful that leaders of the global religion, with an estimated 1.2 billion followers, are finally ready to face the crisis.
"One thing I’ve noticed that’s different from 2002 when the story broke is the people who are most infuriated are the most devout Catholics,” said Philip F. Lawler, editor of Catholic World News, an online publication aimed at conservative Catholics. “In 2002, a lot of my friends who I would see at Mass didn’t want to talk about it. It was hurtful and distasteful. Now, there’s smoke coming out of their ears.”
Given the continuing revelations concerning the very highest church officials, some Catholics are starting to wonder whether significant reforms are even possible. Put another way, if every bishop and cardinal in every corner of the world has either committed abuse or covered it up, how can the church be expected to change?"
https://www.bostonglobe.com/ideas/2019/02/14/with-much-its-leadership-compromised-catholic-church-irredeemable/O5oTVEuu57QUoFe8GGEuHM/story.html
Posted by Bridget Mary Meehan at 9:41 PM