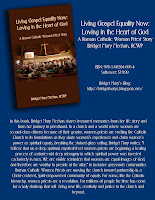 The direct link to the book is
http://www.virtualbookworm.com/bookstore/product/woman_priest.html

Thanks for your support. It is with great joy that I share treasured memories, stories of family, friends, community and the growth of the Roman Catholic Women Priests Movement in this book --in spite of Vatican opposition-- which in many ways, has actually been a contributing factor to greater support.
In addition to stories, my book has a variety of prayer experiences, photos, and inclusive liturgies. May all who read it be blessed and may our dream of a renewed priesthood in a community of equals flourish!
Today I read an article that stated that Pope Benedict said that the church had no power to ordain women. Nonsense, Jesus did not ordain anyone --male or female. Benedict's interview contrdicts the Vatican's own scripture scholarship. In 1976, the Pontifical Biblical Association concluded that there was nothing in scripture to prohibit women's ordination. According to scripture women were among Jesus' closest disciples and Mary of Magdala was chosen by the Risen Christ to "go and tell" (the job description of an apostle) the male apostles the good news of the Resurrection. So God is not impotent before women! Neither is our church!
Therefore, Jesus provided an example for the pope to follow. In addition, for twelve hundred years, women were ordained in Christianity as deacons, priests and bishops! So, indeed, Pope Benedict is ignoring both scripture and tradition by this statement below. The full equality of a woman is indeed a sign of our times that will not go away. Therefore, it is time for the institutional church, including Pope Benedict, to follow Jesus example of Gospel equality and partnership and treat women as equals in all areas of the church's life, including ordination. This is what Roman Catholic Women Priests are doing. This is one of my motiviations in writing my new book: Living Gospel Equality Now- Loving in the Heart of God- A Roman Catholic Woman Priest Story.
Bridget Mary Meehan, RCWP
703-505-0004
sofiabmm@aol.com
Pope says ordaining women is not the church's choice to make
By Rita FitchCatholic News Service
VATICAN CITY (CNS) -- "In his latest book, Pope Benedict XVI reaffirmed that the church has "no authority" to ordain women as priests and rejected the idea that the rule was formed only because the church originated in a patriarchal society.The pope said that man did not produce the form of the church, and does not have the power to change it. Christ gave the form of the priesthood when he chose his male Apostles, he said in the book-interview, "Light of the World: The Pope, the Church and the Signs of the Times "
Posted by Bridget Mary Meehan at 2:48 PM