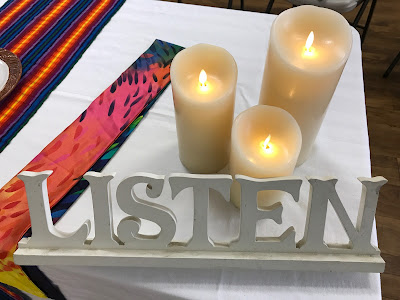 Debra Trees and Beth Dounane led the Upper Room's inclusive liturgical celebration on Sunday, June 25 with the theme of "light."

The readings today help us to see in the light, from the posture of light inside and around us, and to know no fear. We are known in our very depth, even to counting the hairs on our head. Let us bring that light to everyone we encounter, and be light for each one, including ourselves. 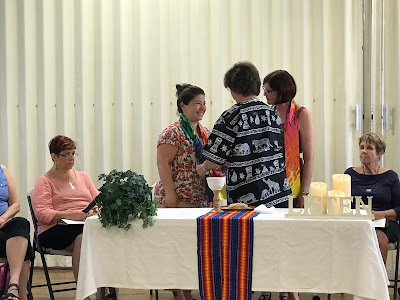 Deb and Beth used the Gospel reading for the day and chose an inspired first reading from Parker Palmer printed below. 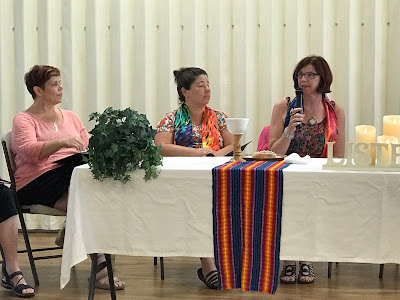 The Light for Another by Parker J Palmer.
from Krista Tippet, On Being website, December 17, 2015

In times of deep darkness, we not only need light — we need to be light for one another. That’s a message we must take to heart as we find ourselves lost once again in the all-too-familiar darkness of America’s culture of violence.

Who better to deliver that message than Mary Oliver, in a powerful poem that re-tells the story of the Buddha’s last words. Before he died, she tells us, “He looked into the faces of that frightened crowd” and said, “Make of yourself a light.” 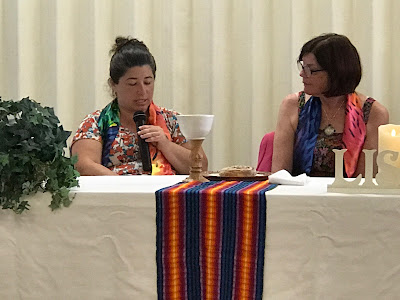 Beth led the homily starter with a reflection on the poem: The Buddha's Last Instruction by Mary Oliver.

The Buddha’s Last Instruction
by Mary Oliver
“Make of yourself a light”
said the Buddha,
before he died.
I think of this every morning
as the east begins
to tear off its many clouds
of darkness, to send up the first
signal—a white fan
streaked with pink and violet,
even green.
An old man, he lay down
between two sala trees,
and he might have said anything,
knowing it was his final hour.
The light burns upward,
it thickens and settles over the fields.
Around him, the villagers gathered
and stretched forward to listen.
Even before the sun itself
hangs, disattached, in the blue air,
I am touched everywhere
by its ocean of yellow waves.
No doubt he thought of everything
that had happened in his difficult life.
And then I feel the sun itself
as it blazes over the hills,
like a million flowers on fire—
clearly I’m not needed,
yet I feel myself turning
into something of inexplicable value.
Slowly, beneath the branches,
he raised his head.
He looked into the faces of that frightened crowd. 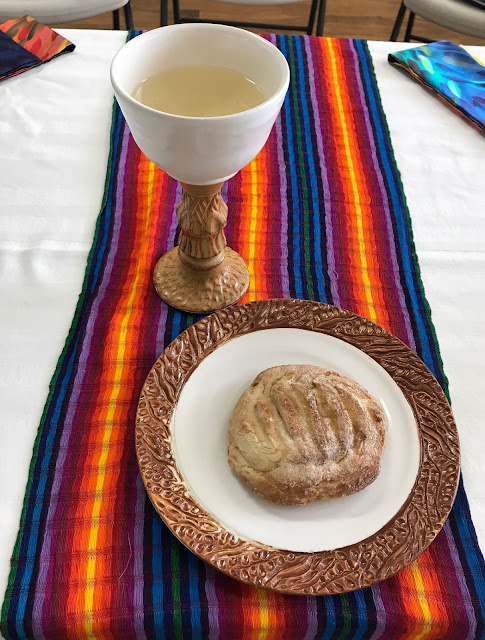 Posted by Bridget Mary Meehan at 8:11 AM