Bridget Mary's response to Matthew Fox's article: I believe that we are living a renewed priestly ministry as midwives of grace in the Association of Roman Catholic Women Priests because we are open to candidates from a variety of fields who are called to priestly ministry. We begin by honoring women's experiences of the sacred and ministry as valid theology and then design a wholistic, spiritual, theological and pastoral program of preparation that celebrates sacramental ministry as midwives of grace. Last Sunday, see blog for a Midwives of Grace liturgy that I wrote and that we prayed in Northern Ireland. Bridget Mary Meehan ARCWP, www.arcwp.org


Some Thoughts on Priesthood in Our Post-modern Times
By Matthew Fox
https://johnshelbyspong.com/2017/08/24/some-thoughts-on-priesthood-in-our-post-modern-times/?email=mtstreck@gmail.com 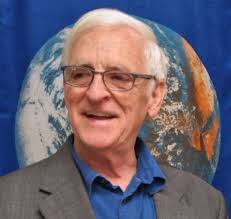 The following is an excerpt from Mathew Fox's article:

I have been a priest for fifty years—twenty six as a Roman Catholic priest and twenty four as an Episcopal priest. Actually, even according to Roman Catholic theology, it is one priesthood. My ministry has been more theological and educational than parish work though I have been engaged deeply in developing new forms of worship and rituals as well. I have authored about 34 books on spirituality and culture and have founded and directed a number of spirituality programs over the years teaching undergrads and graduate students in various colleges, the most recent being the Fox Institute for Creation Spirituality which opens in Boulder, Colorado this Fall. I birthed the University of Creation Spirituality in 1996 after pressure from the Inquisitor General under Pope JPII, Cardinal Ratzinger (later to be Pope Benedict XVI) succeeded after twelve years of trying to shut down my Institute of Creation Spirituality at Holy Names College in Oakland, CA.
My definition of the priest archetype is simply this: A midwife of grace. For me this works, it honors many versions of ministry and priesthood at the same time that it also opens up many interesting possibilities for the new generation who are listening deeply (at least many are) for their calling, their vocation, “How can I best serve this wounded and rapidly endangered world?” This in a time of climate change, out of control reptilian brain, war-mongering budgets and threats, patriarchy in backlash, obscene gaps between haves and have nots and all the rest.
The late Catholic monk Thomas Merton, who was so ahead of the religious/theological game in the last ten years of his life and who died a martyr for peace in 1968 for his opposition to the Vietnam War, had this to say about the priesthood today: “I think the whole thing needs to be changed, the whole idea of the priesthood needs to be changed.”(1)
For me, the notion of priesthood is far too useful to be restricted to ecclesial offices and clerical strivings. It deserves to go public, to assist the needed move from the secularization of our work worlds and professions to a re-sacralizing of them. I raised the question in my book The Reinvention of Work about whether it is time to talk about the priesthood of all workers.(2) If a priest is a “midwife of grace,” is it not true that whether one works as therapist or artist, business person or activist, educator or nurse, doctor or mechanic, one can be a midwife of grace? And if so, our work is a priestly work, a work that goes deeper than just bringing a paycheck home or paying our household bills? Is our work not a Sacrament connecting us to the “Great Work” of the universe?(3)
Posted by Bridget Mary Meehan at 3:52 AM