Three bishops from the Association of Roman Catholic Women Priests: Mary Eileen Collingwood ARCWP and Michele Birch Conery ARCWP and Bridget Mary Meehan ARCWP joined their sister Bishops from the U.S. and Canada: Olivia Doko RCWP, Regina Nicolosi RCWP, Sibyl Dana Reynolds Christine Mayr-Lumetzberger RCWP (Austria), Marie Bouclin (Canada), Joan Houk RCWP, Andrea Johnson RCWP, and Nancy Meyer RCWP as ordaining bishops at the episcopal ordination of Suzanne Thiel RCWP and Jan Via RCWP from the western region of RCWP USA. Bishop Olivia presided at her region's ordination of their new bishops. It was an awesome occasion of celebration for the entire gathering which included many of the priests from the western region and members of their inclusive faith communities. I was honored to present Bishop Suzanne with her episcopal cross. (See photo below. )St. Therese of Lisieux, described her call in her writing: "I feel in me the vocation of priest. St. Therese is walking with us, showering us with little flowers of affirmation. I can see her smiling too! 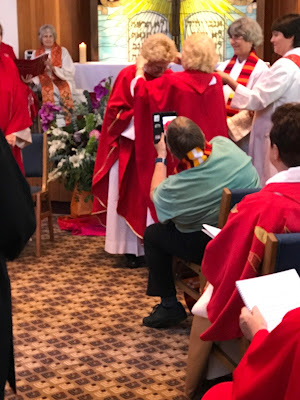 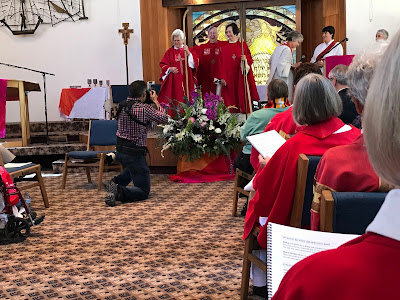 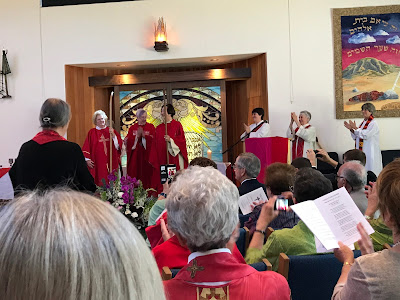 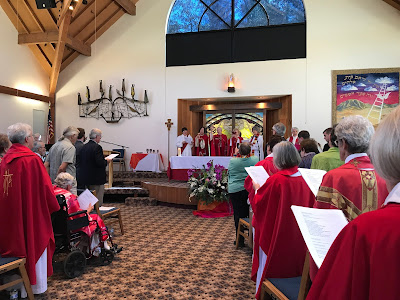 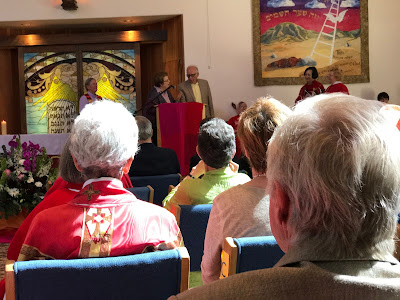 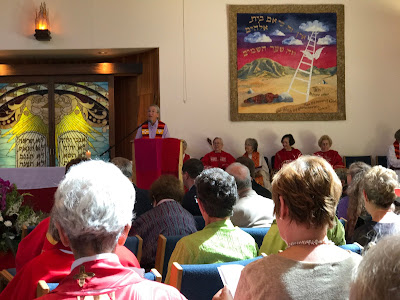 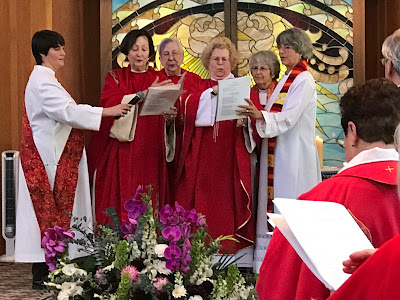 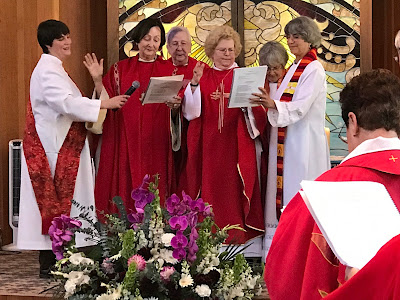 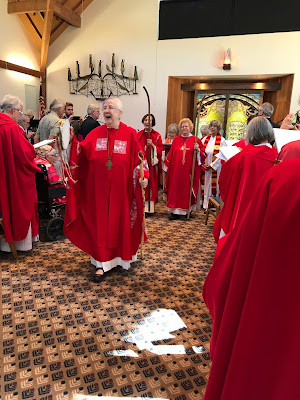 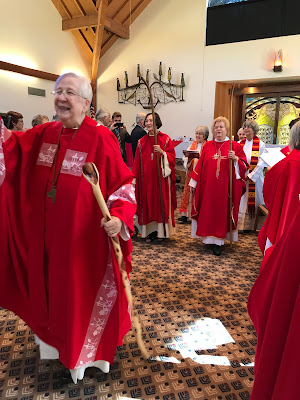 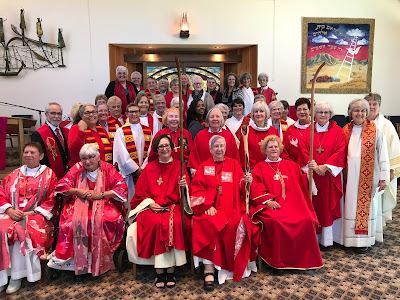 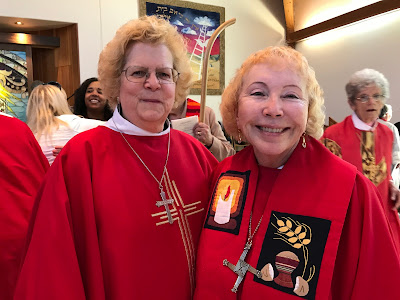 "A 19th century French Carmelite nun and Doctor of the Church, St. Therese wrote in her journals and confided in her sister Celine of her deep desire to be a priest. She wrote: "I feel in me the vocation of priest."

For the first time, a five yard-long purple "Ordain Women" banner was placed on the Sant'Angelo bridge, just in front of St. Peter's Basilica in Rome. The banner stayed in place for nearly two hours before being removed by authorities.

Advocates for women's ordination joined the global day of action by witnessing in front of churches and cathedrals across the U.S., holding signs, handing out white roses and "10 Reasons to Ordain Women" leaflets..."
Posted by Bridget Mary Meehan at 4:04 PM