Father James Martin S.J.:"Blindly following the law is not “biblical.” A Jesuit Priest Challenges Jeff Session's use of Bible to Justify tearing Children Away from Parents at U.S.-Mexico Border 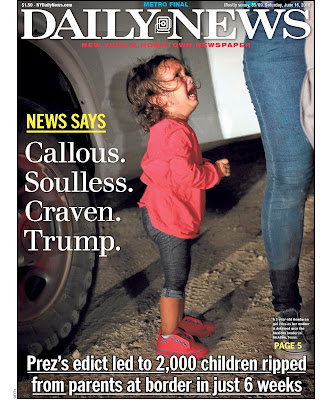 https://www.americamagazine.org/politics-society/2018/06/15/father-james-martin-blindly-following-law-not-biblical
Attorney General Jeff Sessions’s recent use of the Bible to justify the Trump administration’s wantonly cruel migration policies, which now include tearing children away from their parents at the U.S.-Mexico border, was disgraceful. White House Press Secretary Sarah Huckabee Sanders’s comment in a press conference that following the law is “biblical,” and thus equating following Trump-era policies with a religious commitment, was equally craven.
In the first case, the Mr. Sessions is engaging in what is known as “proof-texting” that is, cherry-picking Bible passages to prove a point without referring to (or even understanding) the overall context of the quote. Often, especially in political battles, this technique is used to weaponize the Bible.
Mr. Sessions was referring to a famous (and infamous) passage in St. Paul’s Letter to the Romans: “Let everyone be subject to the governing authorities, for there is no authority except that which God has established” (13:1-5). The overlooked context here is that Paul was writing during a time of the severest persecutions and is encouraging the early Christians to keep out of trouble with civic authorities, as far as possible.
Sessions’s use of the Bible to justify wantonly cruel migration policies was disgraceful.The problem with proof-texting is that there is always another Bible verse, or in this case many Bible verses, that can be used to refute the one chosen. To rebut Mr. Sessions, one could easily respond with a line in that same passage in which St. Paul says, “Owe nothing to anyone, except to love one another; for the one who loves another has fulfilled the law” (Rm 13:8-9).
And as Michael Simone, S.J., an assistant professor of biblical studies at Boston College, points out, there are examples of breaking laws in the New Testament itself.
“Certainly other witnesses in the New Testament show Christians breaking the law when it serves God’s purpose,” he said in an email today. “In Acts 5:40-43, when the apostles are whipped and told no longer to preach Christ, they do so with even more vigor afterward.”
One could also point to Jesus’ own forceful words in the Gospel of Matthew, referring to how Christians should treat the stranger (in this case the migrant or refugee). Speaking about the Last Judgment, he says that whenever you mistreat someone, especially the poor, you are mistreating Jesus himself: “I was a stranger and you did not welcome me” (Mt 25: 31-46). This passage, by the way, is often called “The Judgment of the Nations.”
The passage cited by Mr. Sessions has been used to defend everything from slavery to Nazi-era laws.Ms. Sanders is on similarly dangerous grounds in asserting that following the law is “biblical.” There are multiple examples in the Bible of times when laws are judged by believers as unjust and are therefore not to be followed. Jesus himself was accused of breaking religious laws multiple times, as when he heals on the Sabbath, defends his disciples who have plucked grain from the fields on the Sabbath and comes into contact with the sick, thus incurring ritual impurity, among other examples.
In other words, there are just and unjust laws, and following the law blindly is in no way “biblical.” Thomas Massaro, S.J., a professor of moral theology at the Jesuit School of Theology at Santa Clara, said in an interview today: “For Christians, the law has to be more than simply the words of the civil law, taken at face value. No civil code can represent and exhaust all the values at stake or take account of all the circumstances that might require exceptions.”
Moreover, that passage cited by Mr. Sessions, from the Letter to the Romans, has been used to defend everything from slavery to Nazi-era law.The Bible should not be used to justify sin.
So how does one determine when a law is just or unjust? Father Massaro points to conscience: “Conscience comes in as each person interprets how he or she can comply with limited civil laws, informed by deeper principles and values that are not included in the laws on face value.
Most thoughtful Christians understand the notion of unjust and just laws, even in the face of Mr. Sessions’s and Ms. Sanders’s troubling exegesis. Beyond that, there is a far more basic understanding of who Jesus was—and for the Christian, is. Over and over in the Gospels Jesus takes the side of those who are beaten or persecuted in any way, even when it brings him into conflict with not only the social mores of his day but with religious and political laws.
And in case it is not clear: It is not biblical to treat migrants and refugees like animals. It is not biblical to take children away from their parents. It is not biblical to ignore the needs of the stranger. It is not biblical to enforce unjust laws. The Bible should not be used to justify sin.
It should also be clear where Jesus stands on these questions. Jesus stands where he always stands and where we should stand: with the poor and marginalized. 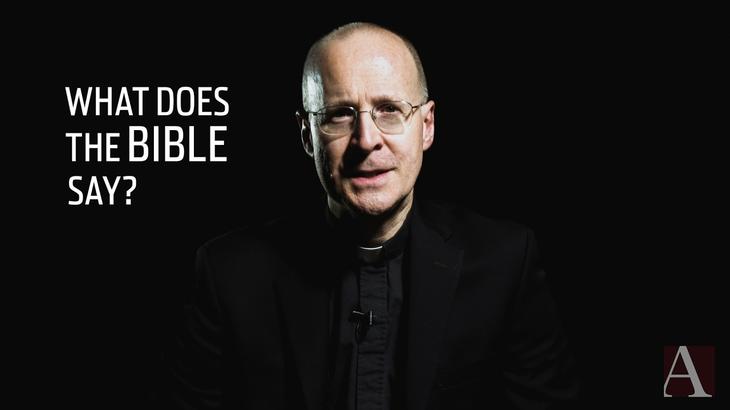 The Rev. James Martin, S.J., is a Jesuit priest, author and editor at large at America.
@jamesmartinsj
Posted by Bridget Mary Meehan at 3:05 PM