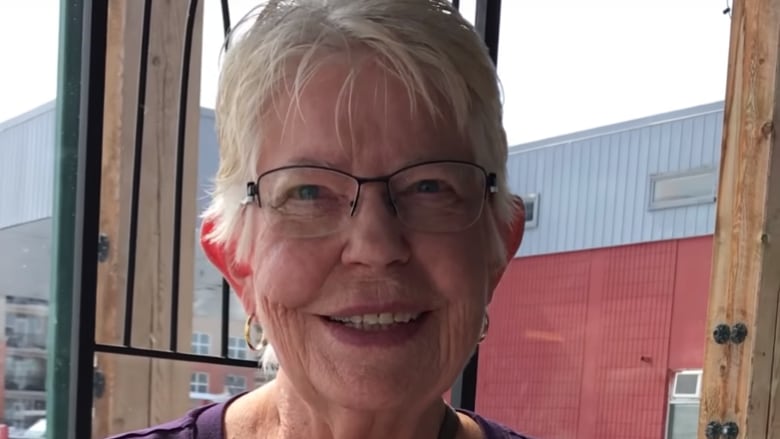 Jane Kryzanowski of Regina will become the Canadian bishop for the Roman Catholic Womenpriests on July 21. (Screenshot/Leslie Robinson, YouTube)

The pain from a lifetime of being told a path to priesthood didn't exist for women is the driving force behind a Regina woman's journey to becoming the Canadian bishop of the Roman Catholic Womenpriests (RCWP).
Jane Kryzanowski is past retirement age, and has long been inspired by the RCWP's acceptance of women in roles that the traditional Roman Catholic church doctrine rejects, and which Pope Francis has upheld.
RCWP Canada is a grassroots women's ministry that ordains women priests on the basis that the Roman Catholic church currently discriminates against women.
"The whole thing of oppression, suppression, repression of the call of God to women in the Roman Catholic church is very, very painful," Kryzanowski told CBC's Saskatchewan Weekend.
The first time she saw women priests get ordained into the RCWP was an ground-shaking moment for Kryzanowski. But up until 2012 she left it to the RCWP to lead the charge in changing women's roles in the Catholic church.
That year, Kryzanowski attended a speech by Marie Bouclin, the only Canadian bishop of the RCWP. Bouclin's story felt much the same as Kryzanowski's, and led her to weep when the two talked.


00:00 14:59
Go underground to a secret ceremony where women are ordained as Catholic priests14:59
"It was like this call I had known was there for so many years, was finally exposed again, finally broken open. But also the pain of this never having been a dream that could have been fulfilled," Kryzanowski said..
Kryzanowski will take over from Bouclin when she retires later this month. But her path to becoming the new Canadian bishop has been a long and emotional one because, for decades, she bottled up what she describes as a "calling by God" to become a priest.

'Who of you wants to be a priest?'

Kryzanowski was in elementary school the first time she discovered that the priesthood she coveted was unattainable to women within the traditional Roman Catholic church. A priest had come into her class and asked, "Who of you wants to be a priest?"
Kryzanowski's hand shot up, only for the priest to quickly say that only men become priests and that women instead become nuns.
So, instead she became a nun.
Kryzanowski ended up leaving the convent after eight years, then trying to reassess what her calling.
She stayed on working with the Catholic church despite struggling with how it restricts the role of women.
"That was my spiritual home. That was where I grew up; that was what I knew," she said.
In the early 2000s, Kryzanowski worked in a Regina Catholic church. She was doing almost all tasks that a priest would do — except for administering sacraments. It stung for her to not be able to do it all.
"The question was always, why is this?" she asked.
"That was very painful for me. There just was no solid theological argument that ever satisfied me when people tried to say this is why you can't be a priest." 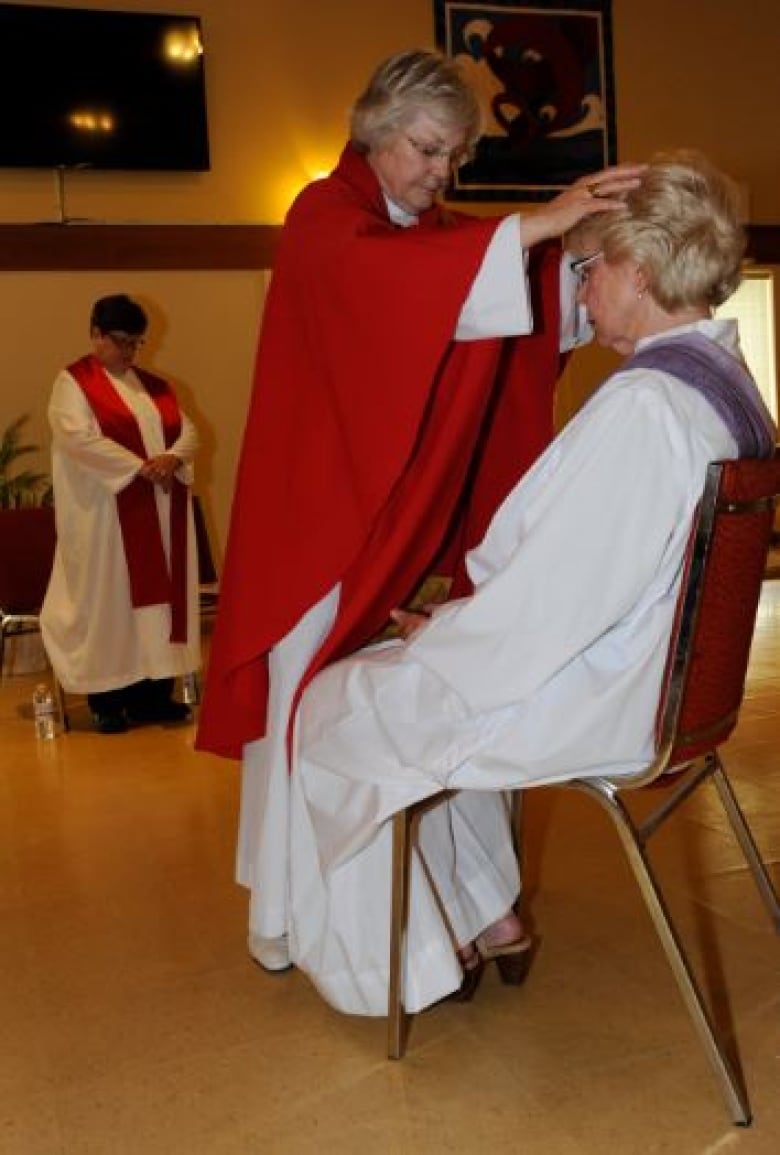 Marie Bouclin will be known as "Bishop Emerita" when she retires this month. (Courtesy www.romancatholicwomenpriests.org)
But a pivotal moment came in 2002, when she saw seven women ordained as Roman Catholic Womenpriests in Germany along the Danube River.
"It felt that, 'wow, the time has come for this,'" Kryzanowski said.
It took another decade, and her emotional moment with Bouclin before Kryzanowski sought priesthood herself and was ordained as a priest within the RCWP.
She was priest at a home church in Regina that's one of nine Catholic churches in Canada presided over by RCWPs, according to the group's website.

From priest to bishop

Kryzanowski is now taking over the role of the woman who initially inspired her to take that leap of faith.
The RCWP community has chosen Kryzanowski has Bouclin's replacement. 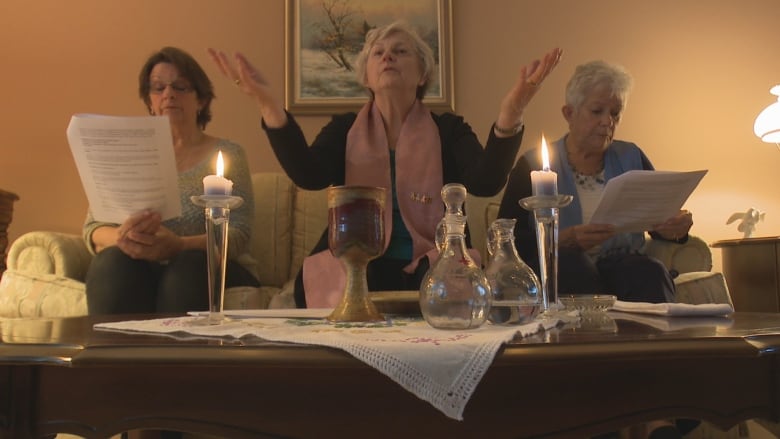 Bouclin, centre, was among 16 women bishops worldwide. (Leonardo Palleja/CBC )
Kryzanowski said her new job is to "be the pastor to the pastors." She will be a point of contact for them and their communities and support the pastors in whatever way they need.
Further to that, Kryzanowski will be a voice to make the concerns of marginalized people known to a wider audience.
She is already passionate about justice for women in the church, addressing abuse of women and children by clergy, and wants to make connections with the LGBTQ and Indigenous communities.
"People on the margins are the people where we really do reach out," Kryzanowski said, noting one of the RCWP priests serves in Vancouver's downtown East Side.
Kryzanowski said she has strong women from the Bible to guide her in the pursuit of justice.
"This is where I am called. This is who I am and what I am to do even in my dying days," she said.
with files from CBC Radio One's Saskatchewan Morning
Posted by Bridget Mary Meehan at 8:23 PM