Pope warned by male priests that Catholic Church in Ireland will 'disappear' unless priests can marry and women ordained. The calls for radical reform of the Church are outlined in an extensive survey conducted by the Association of Catholic Priests 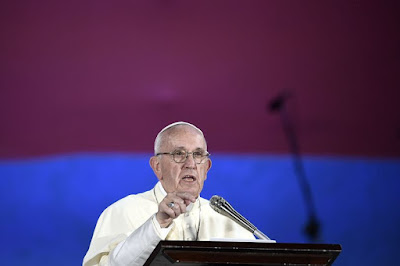 My Response: I agree with the Association of Catholic Priests' assessment of the challenges facing the Church in Ireland and around the world. I commend my brother priests for their courageous call for women priests and married priests. Their calls for radical reforms is the only way to save the Church and offer genuine reform. I think it is time for a new Vatican Council led by mystics and prophets on the margins and the people in the pews!  Bridget Mary Meehan ARCWP, https://arcwp.org


Pope Francis has been given a stark warning that the Catholic Church in Ireland “is going to disappear” unless priests are allowed to marry and women are ordained.
The calls for radical reform of the Church are outlined in an extensive survey conducted by the Association of Catholic Priests.
The influential group, representing over 1,000 clerics across the country, held four regional meetings last month in which priests and parishioners were quizzed about their concerns about the Church ahead of the historic visit to Ireland by Pope Francis next weekend.
The newly-published findings will make grim reading for both the pontiff ahead of his two-day visit to this country this week, with ACP representatives reporting a grim outlook for the Catholic Church unless radical steps are put in place.