Association of Roman Catholic Women Priests Recognizes the Futility of War and the Gospel call to Nonviolence. We Stand in Solidarity with all People of Afghanistan. 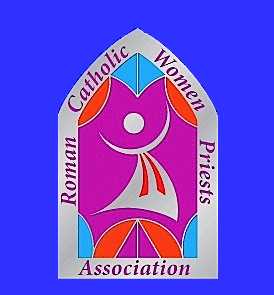 ARCWP recognizes the futility of war and the Gospel call to nonviolence. We stand in solidarity with all people of Afghanistan.

We are, however, particularly concerned about the women and girls, as well as the men who aided the US military during our 20-years of occupation and war. These vulnerable ones must be protected. Afghani men who helped our military must be given immediate asylum along with their families.  Women and girls, for whose sake this war has been justified since October 2001, must not be forgotten now. The feminist group, The Revolutionary Association of Women in Afghanistan, stated back in 2001, that: “US occupation would neither free women from fundamentalist violence, nor deliver democracy.” Their words were indeed prophetic as we have seen in the past few days.  As the war ends for us in the United States, schools and workplaces have already begun turning women and girls away in Afghanistan.

What steps should the US take in order to support Afghani women and girls?  In her New York Times opinion piece, Malala Yousafzai, herself a towering figure for women’s rights, suggests that the whole world come together in this humanitarian effort.  As Afghans flee to neighboring countries they will need shelter, food, clean water, and education for their youth.

The Association of Roman Catholic Women Priests joins the many calls to right-relationship and action on the part of the United States government regarding the women and girls of Afghanistan.  We call upon the US to take a front-and-center position in pushing forward these humanitarian efforts by providing funding, supplies and personnel to help run refugee centers in the countries bordering Afghanistan.

ARCWP joins the world in support of and solidarity with our Afghani sisters.

Partners with The Rapid Response Team of ARCWP.

(link attached to source above)

Posted by Bridget Mary Meehan at 7:12 AM