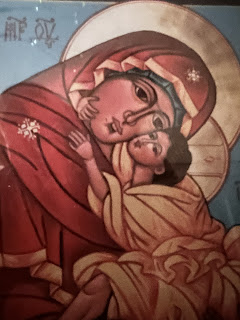 World Peace Day, Mary the Mother of God and the Epiphany

The month of January gets its name from the Roman god Janus, the animistic spirit of doorways or thresholds. Janus is the god of new beginnings. This weekend there are three celebrations that help us focus on possibilities for the new year.

The World Day of Peace was instituted by Pope Paul 6 in 1967. This year Pope Francis’ message is called A Culture of Care as a Path to Peace. He appealed for a way to combat a “culture of indifference, waste, and confrontation so prevalent in our time.”

The pope also looked to the future as he wrote: “Consequently, our plans and projects should always take into account their effects on the entire human family, and consider their consequences for the present and for coming generations.”

The pope’s words echoed remarks made by the late Bishop Desmond Tutu in 1992 in reference to the future after apartheid in South Africa: “Together, we must work to transform our society into one that says human beings matter more than things and profits. Our society must set a high premium on sharing rather than on hoarding, on cooperating rather than competing.” 1 [1]

A second example of how to work for peace and equity on earth is found in the celebration of Mary, Mother of God 2 [2]. It is a reminder of Mary’s role in nurturing the Son of God, who would lift up and save humankind from downfall and destruction.

This feast made its first appearance on January 1st in the 7th century. Author Michael Rizzotti wrote that in Neolithic mythology female goddesses were “cosmic symbols of regeneration and life.” Catholics today revere Mary the Mother of God as someone who nurses them with loving care, perseverance, resilience, and hope.

The feast of Epiphany offers a third way to manifest the presence of God in our societies. The date for the celebration of Epiphany in the East is January 6th (sadly, a nefarious date in American history). This year Roman Catholics observe “Three Kings Day” on Sunday January 2nd.

Only the evangelist Matthew (2:1-12) tells the story of the magi and that text gives few details. Scholars tell us they belonged to an ancient Persian priestly line specializing in Mithraic and Zoroastrian cultic rituals. They were also curious about the fulfillment of the Messianic prophesies explaining why, according to popular legend, these astrologers thought the bright star might lead them to the promised one.

Because the magi were Gentiles this gospel story suggests, as did Paul (Galatians 3:28), that the life and message of Jesus of Nazareth, the incarnate God, was intended to serve all peoples and not just those from certain religious practices or those who were privileged, wealthy, and powerful.

This story “discloses” God in continual action throughout the universe and helps us imagine possibilities for the future. For example, we hope that images from the James Webb telescope will broaden our understanding of the cosmic enterprise. We will be reminded that stars, planets, humans, animals, plant life, and this earth all belong to one “universal” family. Together we look to promote healthy relationships with everyone and everything in this household.

As the calendar page turns a recent CBS News Poll reported that 71% of Americans are hopeful for a better year ahead and 22% feel discouraged. Can religion play a role? The journal Christianity Today reports: “while many (74%) Americans believe the church offers hope, there is a gap in tangible expressions of that hope. Only 53% of U.S. adults believe the church makes a real difference, and 44% view the church as being known for the things they are against.”   Like the Mother of God who suckled Jesus and the magi who were inspired by the Star Prophecy 3 [3] in the East, Christians can make a difference in the lives of many who are dispirited. We can join others from different cultural and religious traditions to manifest care, hope, resilience and perseverance.

Author and social justice activist Megan Phelps-Roper writes about the value of empathy in dialogue and ways to bridge ideological divides. She recently reflected on what the holidays meant for her.

“I came to see these periodic celebrations not as a denial of all that’s wrong in the world or in our lives, but as a reminder of the beauty we hope to preserve in them— a choice to build on good things, which is both more difficult and more worthwhile than the choice to tear down and root out ….”

As Christians, like others who are aware of the joys and sorrows in the world, we can open doors of new possibilities for all peoples.

1 See Psalm 67 for today: “May the nations be glad and exult because you rule the peoples in equity.”

2 Mary was given the title of theotokos; ie, God-Bearer or Mother of God, at the Council of Ephesus in 431 CE.

3 This term, also known as the Star of Bethlehem, refers to the coming of a saviour. It is found in the Qumran texts of the Dead Sea scrolls.

Posted by Bridget Mary Meehan at 11:04 AM