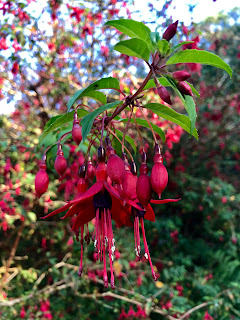 Those who followed Jesus frequently asked for his opinion on current events. In today’s gospel (Luke 13:1-9) Jesus responded to the murderous actions of the governor Pontius Pilate.

The text graphically depicts Pilate mingling the blood of Galileans with the blood of their ritually slain animals. Professor of New Testament Jeremy L. Williams wrote: “Luke’s mention of Pilate, Galileans, and sacrifices are [sic] no coincidence. At the end of the gospel, Pilate will mix the blood of Jesus, a Galilean, with Passover sacrifices.”

The link between the murders of the Galileans and the execution of Jesus is significant in Christian history. Jesus, who committed no crime,  suffered and died before he was raised up. Crimes against innocent people are innumerable in history. Unbridled dictators and unjust laws consistently deny the human rights of others. Who will raise up these victims?

The reading from Exodus (3:1-8a, 13-15) is a timely reminder of how a mysterious and terrifying power can save those who are vulnerable. God promised to rescue the Israelites from slavery in Egypt.

However, this text from the Hebrew bible also depicts a vengeful God who destroys the enemies of the Israelites. In a bold move Jesus reversed that old law of retribution where a punishment would be equal to the crime committed. He called for mercy.

Jesus challenged his brother and sister Galileans to change their minds about taking an “eye for an eye.” This message is hard to hear today as many nation states look for effective strategies to halt the brutal actions of Vladimer Putin against the Ukrainians.

Why did Jesus use a fig tree to make his point? It was barren and the gardener wanted to cut it down. Jesus said not so fast. Professor Williams suggests: “Jesus’ message is clear: do not be like the fruitless tree. Rather than focus on the gravity of others’ transgressions, make sure you are producing good.” This advice puts a lot of pressure on us these days.

Learning to be compassionate toward those who harm us requires a substantial change of mind and heart. Jesus’ message reminds us that we all need a second chance to straighten out our lives, to do something good for ourselves and humanity.

But what if someone like a ruthless autocratic government leader never produces good fruit? Cut that barren tree down and throw it into a fire? That contradicts the gospel message. Although there are varying levels of evil in the world, the fundamental reasons for all injustices are found in the ways we human beings relate to and treat one another.

Ukrainian history is a record of Slavic peoples fighting for generations to be free from dictators. Now they are in a struggle for democracy. In his address to our Congress, Ukraine President Volodymyr Zelensky said: “the Ukrainian people are defending not only Ukraine, we are defending the values of Europe and the world, sacrificing our lives for the sake of the future … to keep the planet alive, to keep justice in history.”

Many if not most Russians and Ukrainians share strong religious roots and ties as Eastern Rite Christians yet they are killing one another. Closer to home, in a country where many religions are practiced, innocent youths are trafficked and abused, crime in our streets is on the rise, acts of prejudice and hatred continue toward minorities, family members fight one another.

The psalmist (103: 1-4, 6-8, 11) reminds us we ought not be afraid. God is kind and merciful, redeems lives from destruction, and anoints us with kindness and compassion. God secures the rights of all the oppressed. But divine intervention only works if we are willing to cooperate with one another in acting with justice.

The burning bush was on fire but was not consumed by the flames. It was located on the same Mt. Horeb where Moses and Miriam were summoned by God to lead the Israelites out of danger. The bush is a symbol of the energy and light that is required to overcome what is wrong in the world. It cannot be snuffed out.

We are called to be burning bushes and fruit bearing fig trees. By our baptisms we are under contract to make the world a better place for all peoples. The season of Lent is a good time for renewing that covenant with God and with one another. It may require giving up some of what we are used to. It may mean on a task that will benefit others as well as ourselves.

Posted by Bridget Mary Meehan at 8:29 AM