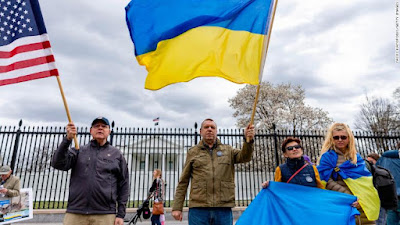 TAKE ACTION NOW:
Contact the Sarasota County Commissioners and demand that they not go forward with any agreement with Rumble.
Contact the Sarasota County Commissioners now.
Here is their contact information:
Michael A. Moran, (R) District 1 mmoran@scgov.net
941-861-5727
Christian Ziegler, (R) District 2 cziegler@scgov.net
941-861-5727
Nancy Detert (R) District 3 ncdetert@scgov.net
941-861-5727
Alan Maio(R) District 4 (Chairman) amaio@scgov.net
941-861-5727
Ron Cutsinger (R) District 5 (Vice Chairman) rcutsinger@scgov.net
941-861-5727
The hearing to finalize the decision is on Tuesday, March 29 at 9:00, at the North County Administration Building, so you can't wait.
Even if you don't live in Sarasota County, let the commissioners know that veterans don't appreciate what they are doing. Other suggested actions are signing a petition that you can find HERE
Also, you can attend the demonstration planned for Tuesday, March 29, 2022 at 1660 Ringling Blvd., Sarasota.
From Florida Veterans for Common Sense:
When the Ukrainian people are suffering so much from Russia's invasion and when most people in the West are trying to help the Ukrainians, the Sarasota County Commission is poised to make the final vote to approve a grant that helps Russia. Outrageous. County staff apparently recommended the decision. Who initiated the grant request and who advocated for it? The Sarasota County Commission should immediately rescind any, and all, commitment to provide funds to Rumble. The Sarasota County Commissioners' vote approving an incentive grant to Rumble is a perfect example of corporate socialism at its worst. Why are taxpayer dollars being appropriated to help a foreign company that spews Russian propaganda?
As reported by the Sarasota Herald Tribune and SRQ Daily, the solid Republican county commission has approved an incentive grant worth up to $825,000 to Rumble, a Canadian video-sharing platform company. Its channels include Russian state-controlled international television propaganda network RT that pushes false stories such as claiming that Ukrainians attacked Russians, or describing a “genocide” against Russian-speaking Ukrainians. In short, a flood of Russian misinformation.
In addition, Rumble distributes other outlets that spew more misinformation such as the false narrative that Trump won the election. Spreading false information is a psychological operations technique used to sow confusion and weaken our democracy.
FLVCS believes that it is an insult to veterans and unpatriotic for the Sarasota County Commission to provide funds to a foreign company that helps spread Russian propaganda. That's a disgrace.
Posted by Bridget Mary Meehan at 8:02 AM