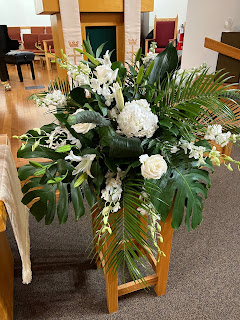 This month of April is full of religious celebrations. As Western Christians continue Eastertide, the Eastern Orthodox Church is beginning its Holy Week. Jews are completing Passover and Muslims are in the holy month of Ramadan. Buddhists, Baha’is, Sikhs, Jains and Hindus are preparing for their holy days.

This inter-religious confluence is a rare and remarkable opportunity to appreciate the similarities in major religious groups. The Associated Press journalist Luis Andres Henao reported that many faiths are “sharing meals and rituals” as they discuss “how to help curb climate change, fight religious intolerance and assist people fleeing Ukraine, Afghanistan and other nations during the global refugee crisis.”

What the world needs now is overarching spiritual movement that embraces the teachings of all faith traditions. It would mend the divisions between religions and, hopefully, nation states.

For example, Orthodox patriarchs in Russia and Ukraine are at odds with one another over Putin’s invasion of Ukraine. Kirill, Patriarch of the Russian Orthodox Church in Moscow, has caused a schism in the global Orthodox religion as he continues to support Putin’s War.

Will a common belief in Jesus’ resurrection soothe wounds and stop the ruthless invasion of Ukraine where Christians are killing Christians? Where is the belief that Easter is a call to celebrate life not death?

John’s gospel (20:19-31) is the only one that records how Thomas doubted that Jesus was raised from among the dead. However, he needed physical proof. Perhaps others in that room, including Jesus’ mother, had their own doubts about what happened to Jesus. We do not know.

Did they think they were seeing a ghost? Reginald Fuller wrote that the “Greek word ‘appeared’ used by [the apostle] Paul to describe Jesus’ visits after his crucifixion was the same word used elsewhere [in the Bible] for visionary experiences.”

The second reading (Acts 5:12-16), written by Luke about 50-60 years after Christ’s post-resurrection appearances, testifies Cristians and other faith traditions and what they hold to be true — that the lives of all people matter and should be treated equally with respect and dignity.

Pope Francis said in his Easter address:  “May the conflict in Europe also make us more concerned about other situations of conflict, suffering and sorrow, situations that affect all too many areas of our world, situations that we cannot overlook and do not want to forget.” He concluded: “Peace is possible; peace is a duty; peace is everyone’s primary responsibility!”

Easter, then, is about new beginnings, turning experiences of fear, uncertainty and doubt into kernels of truth for ourselves and others. There is no room for skepticism.

Posted by Bridget Mary Meehan at 10:46 AM