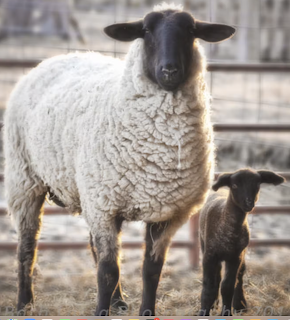 Last weekend I gave a talk at the Mount Saviour Monastery in Pine City, New York. The event took place in the chapel while out in the fields countless ewes were “lambing” — giving birth. I asked if they needed help in delivering their babies. The answer I heard was — only if there is a problem … otherwise the sheep are perfectly capable of lambing by themselves.

Sheep and shepherds are used in the Bible as metaphors and analogies. In the Hebrew bible God is depicted as a shepherd who herds and brings sheep to green pastures and quiet waters. (Psalm 23)

In the second testament Jesus calls himself the good shepherd. (John 10:14) Although he may not have actually spoken these exact words the quote points out the importance of the metaphor and how it could serve to identify a growing relationship with Christ.

In the Acts of the Apostles the early followers of Jesus would soon need more than one shepherd to lead them. Their numbers were growing; disciples were criminalized; diverse Christian sects adhered to different beliefs; divisions surfaced. Unity would be required if the young church was to survive. Gifted women and men emerged as administrators of the communities and, as the texts suggest, there was one Spirit.

Eventually, only some leaders were referred to as shepherds who would provide direction, preside at the breaking of the bread, protect the church from heresies, and keep the flock together. Bishops began to carry a shepherd’s crook to symbolize their office.

Scripture scholar James Rowe Adams wrote that the sheep and shepherd imagery in the Bible is problematic. “It suggests that members of congregations are to follow their leaders without question or protest. It assumes that ordinary people are to have no say in the direction the church is taking.”1

It could be deduced from this commentary that sheep have very little to contribute to the life of the church and need direction. However, according to Nicky Ellis, editor of Farm & Animals: “Clearly, the idea that sheep are stupid and helpless is completely wrong.”  Ewes can find their lambs lost in a large flock. They can recognize human voices, faces, and emotions. They know which food is good for them. As members of the flock they have a sense of direction even though some stray off the path in search of other experiences.

When Pope Francis described the current synod on synodality as a model for making decisions in the church he said: “In the one People of God, therefore, let us journey together, in order to experience a Church that receives and lives this gift of unity, and is open to the voice of the Spirit.”

The current synod on synodality is a bold opportunity for all members of the “flock” to voice their hopes and concerns for the future of the church. In another speech the pope said: “What concerns all should be discussed by all.” But, for some reason, he left out the part that said: “and be approved by all!

How can the age old understanding of Jesus as a sheep gate, a caring shepherd, have staying power in a time that needs creative and imaginative leaders? If it cannot, it will become more clear that sheep are not so stupid. They are perfectly capable of caring for one another, moving forward, birthing new possibilities. On the other hand, is there still a place for intrepid leaders on the world stage who are honest and humble?

In the Book of Revelation (7:9,14b-17) John of Patmos had a vision of a great multitude from every nation, race, people and tongue seeking relief from the autocracies of his time. He imagined a mystical lamb occupying the throne of the emperor. This was a bold political statement.

Then, in a twist of titles, the text reads that the Lamb [a baby sheep] “will shepherd them and lead them to springs of life-giving water .…” Could this be a 21st century call for sheep and shepherds to be interdependent?

Sheep and shepherds can journey together seeking fields flowering with compassion, sustenance, and kindness. Members of all faith traditions can work with those who practice no religion to eliminate the thrones and principalities that deny people justice and their rights to make informed decisions without fear of reprisal.

We are urged to tune into the voice of the Spirit and to speak truth to justice in this critical time when personal and communal liberties are at stake. This type of advocacy is not an easy task. Hope arises when sheep and shepherds, equal members of the same flock, listen to one another and then take action.

Posted by Bridget Mary Meehan at 8:51 AM