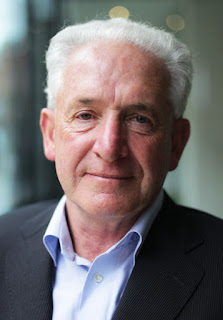 "After forty years of being on the altar celebrating Mass, I have now had four years of attending Mass, like any ordinary believer. It has been an experience not without its difficulties. Often I find myself as if I was standing outside the event, as a spectator, and not really being part of what is going on. I know that is not the way a person should participate at Mass, but it can be a struggle for me to get involved. There are a number of reasons for this. I will attempt to outline some of my difficulties.
The first, and maybe the most significant reason has to do with the new translation that is used by most priests. I was involved in the ACP campaign to get the Irish bishops to refuse to allow this dreadful translation into Ireland, and in the process I learned a lot about how it came to be imposed on us by the Vatican, and the people involved in this imposition. To put it mildly, deepening people’s faith, or helping them to celebrate Mass more meaningfully, we’re not the considerations that provoked the change. The official line is that they were, and maybe some of the people involved really believe that. But it is clear to me that the real motives were much less worthy. The new translation was part of a whole movement, particularly during the pontificate of Benedict, to bring the church back to the past, to a time when the Mass was celebrated in Latin. They knew they wouldn’t get away with re-introducing the Latin, so they saw this translation, a Latinised version of English, as a first step. They were also well aware that what they were doing would not be popular with the general Mass-going public, so they imposed it from on high by the force of their own authority. And we have such a supine body of bishops that there was no effort made to resist.
So, when the Mass begins with the greeting from the priest, there seem to be always a few people who very loudly respond: “And with your spirit”, I already begin to feel alienated. It is such a ridiculous response, compared to the simple “And also with you”. The opening prayer often causes problems for the celebrant, with its convoluted english, so it rarely adds anything to the prayerfulness of the event.
When we get to the consecration, and if my attention is still on what is happening and my mind hasn’t drifted away, I face my greatest challenge. Will the priest say the Lord’s blood is shed for “all” or for “many”. Thankfully, a good number of priests still insist on “all”, but when “many” is said I have to resist the urge to walk out. If the Lord’s blood is not shed for all, but only for some, be it few or many, what is the point of it? Who are these “many”, and, more importantly, who are the excluded ones? Which do I belong to? Which do I want to belong to?
By this stage we are coming up to communion time, and we are asked to recite with the priest the prayer before we receive: “Lord, I am not worthy………” I don’t mind the re-introduction to the ‘roof’ bit, since it is biblical, but the last part has me in a tangle again. We used to say “I will be healed”, but now we are asked to say “my soul will be healed”. This is introducing the old dichotomy between soul and body, which has caused to much trouble in Catholic teaching down through the centuries. It implies two separate entities, one important (the soul), and the other (the body) not worth praying for.
The whole experience highlights yet again for me the dreadful damage that is being done to the faith by the authoritarian structures of the Church, so I often end up by asking myself again why do I belong to it at all.
Happily, this does not happen to me every time I attend Mass. But when it does I come out of the church feeling anything but spiritually refreshed!
http://www.tonyflannery.com/problems-i-experience-attending-mass/

Tony Flannery is an inspiration to me and to many Catholics in Ireland, in the U.S. and beyond.

I am grateful that women priests are bringing a new model of liturgical celebration that is inclusive to our church. We celebrate eucharistic liturgies with dialogue homilies and full participation of the community in praying the Eucharistic Prayer, specifically the words of institution. The assembly shares the Body of Christ blessed, broken and given in the sacred meal and in our lives. It is good not to have to deal with the issues that Tony mentions in his article below.