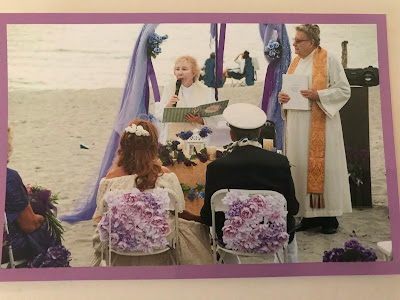 I am deeply disappointed in Pope Francis who missed an opportunity to take a first step toward inclusivity, equality and justice in  the  newly revised Canon 1379 released on June 1st. This misogynist, canonical penalty continues to equate women's ordination with clerical sexual abuse. Both are labelled grave crimes that incur excommunication.
This newly revised law should have removed all punishments against Roman Catholic Women Priests who have been serving the people of God in new ecclesial communities and justice ministries around the world for the past 19 years.  Since our first ordination in 2002, we have welcomed all to receive Eucharist and other sacraments at the Table of God's extravagant love.
In the spirit of the apostles, mystics and prophets -Mary Magdalene, Hildegard of Bingen,  Catherine of Siena and Joan of Arc- we are following our consciences . No excommunication or unjust Canon Law will stop our movement to empower women and liberate the people of God!  As followers of Jesus women priests are contemporary apostles leading the Church in a new model of partnership and equality.

Pope Francis’ June 1 changes to the Code of Canon Law (Book VI) on offenses and punishments fail to correct the mischaracterization of the “grave crime” of women following their authentic vocations to ordained ministry. While not new, the revised canon 1379 is a painful reminder of the Vatican’s patriarchal machinery, and its far-reaching attempts to subordinate women.

The consistency of the Vatican’s misogyny does not diminish its power to shock and appall the faithful, who can distinguish between the actually “grave crime” of sexual abuse of a child and the fulfillment of a priestly vocation to serve the People of God.

At a time when Pope Francis has convened a second commission to study the diaconate for women, we lament the reinforcement of any barriers against women answering their vocation to “sacred orders,” which includes the diaconate.

If the church is to heal from its wounds of abuse, we know that canonical punishments alone will not suffice, particularly if the Vatican prioritizes excommunicating women above all else. The continued exclusion of women from holy orders contributes to the very culture of abuse that has failed and harmed so many.

A synodal church demands the full participation of women as equal partners in ordained ministry, and nothing less.

Posted by Bridget Mary Meehan at 9:42 AM