81% of Americans Support Gun Safety. You can make the call and make sure your Senator is going to support legislation that protects our children and grandchildren now. 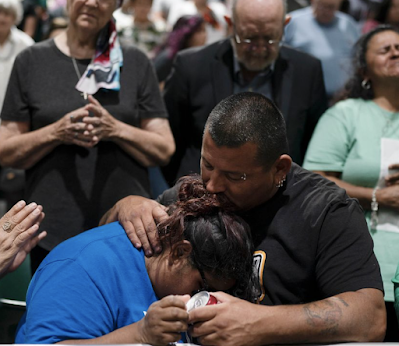 An 18-year-old gunman has opened fire at an elementary school in the US state of Texas, killing at least 19 children and two teachers as he went from classroom to classroom, before being shot dead by police.

The assault at Robb Elementary School in the small town of Uvalde was the deadliest shooting at a school in the United States since a gunman killed 20 children and six adults at Sandy Hook Elementary in Newtown, Connecticut, in December 2012.

Hours after the attack, families were still awaiting word from their children.

Outside the town civic centre, where relatives were told to await news about their loved ones, the silence was broken repeatedly by screams and wailing. “No! Please, no!” one man yelled as he embraced another man.

Posted by Bridget Mary Meehan at 7:47 AM