Should an Institution that presided over child abuse control most schools? by Niamh Sammon, Excellent Thought-Provoking article, Needed Women Rising Up for Justice and Equality - Whole New Model 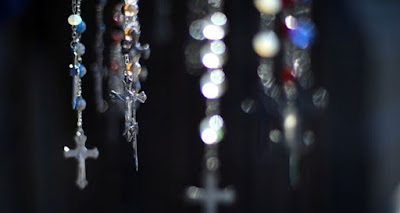 My Response: This article is enlightening in its insights into the history of the Catholic Church's control over every aspect of Irish life for so long, but it does not explain how the Church still has such power after the debacle of the sexual abuse crisis especially the media revelations in recent decades on the abuse of Irish children.

I think Irish identity and Catholicism are one in the psyche of many people even if they no longer practice religion on a regular basis.
It is hard to explain in any logical way, but I understand completely.
Each summer I visit Ireland, have conversations with my relatives and advocates of women's ordination. We celebrate an inclusive liturgy in Dublin to expand awareness of the women priests' movement.

While there is support for the idea of women's equality in the Church and  several women have expressed interest, there is great ambivalence toward the Church.

Our movement is deconstructing patriarchy and offering a new relational, inclusive community of equals model that is aligned with Celtic spirituality and hospitality.   If you are a or know of a courageous women interested in  a more open, mystical, justice-driven renewed model of ministry, contact me! I will in Ireland in September. We will be offering a panel discussion with Mary T. Malone in the Maldron Hotel near Dublin Airport on Sept. 14th 1:30 PM-4:30 PM


"Growing up in the 1970s and 1980s, like most of my peers, I had a thoroughly Catholic upbringing. From birth to death the Church was an integral part of our lives. I was educated by nuns in a Catholic convent, went to First Fridays, feasts of St Blaize and Brigid, benedictions and novenas.
As I approached the making of a documentary on Church and State, I began to wonder how the Catholic Church had controlled every aspect of our private and public lives so effectively for so long.
The answer lies more than 200 years ago, when the revolutionary leader Theobald Wolfe Tone embarked on a daring plan to create a true republic in Ireland. Had he succeeded, what would his Ireland have been like? This is one of the great “what ifs” of Irish history, an event that would have changed the very fabric of Irish society.

This is also the starting point for understanding how the Catholic Church came to wield such immense power in Irish life. As a monarchy, the Vatican reviled the notion of a republic. Now, with revolution imminent, the Catholic Church found itself reconciled with its age-old enemy the British Crown, in common cause against republicanism.
With the support of the Church, the 1798 rebellion was brutally repressed by British forces and Tone’s efforts to import republicanism to Ireland ended in failure.
Throughout the 19th century the British crown provided the Catholic Church with the money and space it needed to grow in power and influence. But still the Church might never have come to control the levers of power were it not for two key events.

The first was the Famine. Until then most Irish Catholics practised a folk religion, a hodge-podge of belief in fairies, holy wells and Catholic saints. Few people went to Mass, as churches and priests were few and far between. However, the Famine wiped out the poorest people in society and in its wake a conservative, propertied middle class came to the fore. They were farmers and shopkeepers, vested in the status quo and committed to sending their sons and daughters into the Church.

The second key event was the appointment of Paul Cullen to the See of Armagh, and later Dublin. A Roman through and through, Cullen had spent most of his life in the papal city and it was he more than anyone else in history who turned Irish Catholics into Roman Catholics.
Under his direction churches, schools, hospitals and charitable institutions sprang up across Ireland to serve the dire needs of the Catholic poor – and to segregate Catholics from Protestants. The social world of Catholics now centred on the parish, giving the parish priest enormous powers.

Cullen’s idea was to make devotion standardised, but also passionate and heartfelt – and then enforced. In the words of Cullen biographer Colin Barr: “You create walls where people are formed in their religion, where they are brought to the parish, and made to love it and made to do it in ways that are predictable and scheduled and regular.”

Cullen died in 1878 but the church he built endured well into the 20th century. The Irish Free State, peopled by deferential Catholics educated in Catholic thought and teachings, were happy to do its bidding. By the 1960s the Catholic Church, now utterly consumed with maintaining its power and status in Irish life, ruled supreme, dominating every aspect of the lives of the faithful.
The story of how the Church’s social and political power has all but disintegrated is now well told. Today we tell ourselves we live in a secular society where we are no longer take direction from Rome.
Yet despite two decades of horrific revelations of systematic cover-up of sexual abuse by members of the Catholic clergy, the Catholic Church remains a central part of Irish life.
The controversy over the divesting of Catholic governance in primary schools in north Dublin reveals how hard fought this battle for hearts and minds still is.
Once again, the State – which in the past sent children into Catholic institutions where they were emotionally, sexually and physically abused – abandons its responsibility by sitting on the sidelines waiting for this one to play out.
But perhaps it’s time to face the hard facts and answer some difficult questions. If we truly want to live in a Republic, should a system paid for by all the taxpayers of Ireland provide religious instruction and Communion classes within the school day?
If we want to live in a real Republic, is it right that an institution that presided over the abuse of children should maintain control over most of our schools?"
Niamh Sammon is the director of the documentary ‘Rome v Republic’, which will be broadcast this Thursday on RTÉ One at 10.15pm