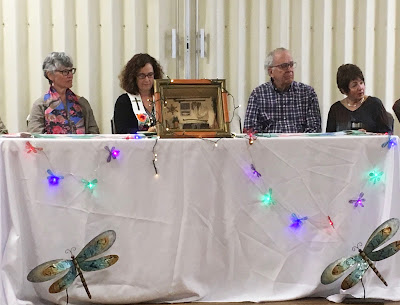 Donna Rougeux, ARCWP, and Deven Horne led the Upper Room Liturgy for the Third Sunday in Easter Season. They focused on the call to encounter new life as we become co-creators of the kin-dom. Deven’s and Donna’s homily starters are printed below the readings.
Peace Prayer
Let us center ourselves and call upon peace for ourselves and each other.
Relax, close your eyes and open place your hands on your lap palms up.
Take a deep breath allowing the air to fill your lungs, hold a second and exhale slowly all the air from your lungs and allowing your shoulders to relax.
Again, in the name of the Mother, the Daughter and the Holy Spirit.
Breathe and relax your face muscles and smile welcoming in the love of the Beloved Creator.
Now pray – May peace be with me and with each of us as we co-create this sacred space in which to open our hearts, minds and bodies to Divine Grace. 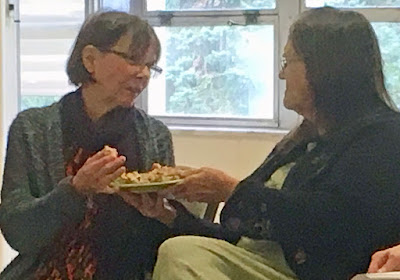 Anyone who has been shaped in any way by religious tradition has been exposed to a tremendous amount of contradictions. Sacred texts have been mistranslated, misinterpreted, and misunderstood for millennia. Depending on our programming, we can find in them anything we need to support our bad behaviors – sexism, racism, homophobia, slavery, violence.

That is why we need to inquire within, dip down into our own well of wisdom and come up with a faith that is true to who we are and what we know. If something you’ve been taught doesn’t ring true, alter it. If it’s too small to contain your magnitude, expand it. If it polarizes people, excludes people, leads to anything other than understanding and openness, broaden it or abandon it. It is up to us to create new canons of compassion and morality. We cannot wait for leaders to rise up from the masses and save us from ourselves – we are the leader and this is our time.

Great Being of light and darkness,
I stand with you and in you
A citizen of earth
A co-creator of culture.

I am the bulb to your Light
And your radiance illumines the paths I take.
Only praises ring out from my lips,
Tears of joy flow like rivers down my cheeks.

These are the inspired words of Jan Phillips from her book “No Ordinary Time. The Rise of Spiritual Intelligence and Evolutionary Creativity” and we affirm them by saying, Amen. 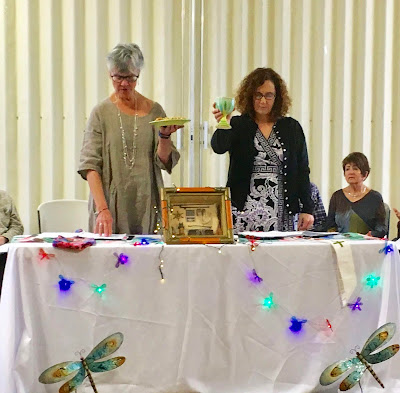 Later Jesus again was manifested to the disciples at Lake Tiberias. This is how the appearance took place.
Assembled were Simon Peter, Thomas “the Twin,” Nathanael of Cana in Galilee, Zebedee’s children, and two other disciples. Simon Peter said to them, “I’m goin out to fish.”
“We’ll join you,” they replied, and went off to get into their boat.
All through the night they caught nothing. Just after daybreak, Jesus was standing on the shore, though none of the disciples knew it was Jesus. He said to them, “Have you caught anything, friends?”
“Not a thing,” they answered.
Cast your net off to the starboard side,” Jesus suggested, “and you’ll find something.”
So they made a cast and caught so many fish that they couldn’t haul the net in. Then the disciple whom Jesus loved cried out to Peter, “It’s the Teacher!”
Upon hearing this, Simon Peter threw on his cloak-he was naked-and jumped into the water.
Meanwhile the other disciples brought the boat to shore, towing the net full of fish. They were not far from land-no more than a hundred yards. When they landed, they saw that a charcoal fire had been prepared, with fish and some bread already being grilled. “Bring some of the fish you just caught,” Jesus told them. Simon Peter went aboard and hauled ashore the net, which was loaded with huge fish-one hundred fifty-three of them. In spite of the great number, the net was not torn.
“Come and eat your meal,” Jesus told them.
None of the disciples dared to ask, “Who are you?” -they knew it was the savior.
Jesus came over, took the bread and gave it to them, and did the same with the fish. This marked the third time that Jesus had appeared to the disciples after being raised from the dead.

These are the inspired words from the Gospel of John and community affirms them by saying: Amen. 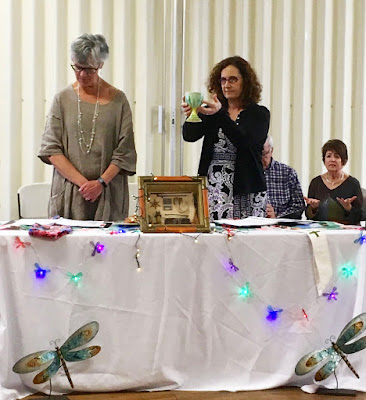 Deven’s homily starter:
As I was reading the first text by Jan Phillips in her book ”No Ordinary Time”, a light bulb went off in my head and physically my body reacted with sparks of emotion within me. I know you must have had these moments too when something resonates very deeply with you and you think, “Ahh yes!  Of course!”.  It went from my mind to my heart in seconds and it just clicked. What struck me clearly was that this was telling me I could give myself permission to believe what made sense to me, to accept all those experiential moments in my life that sounded the bells of truth inside me and to co-create my faith. “If something doesn’t ring true, alter it”. Oh! I can believe something else?? Yes, using my heart and what I have come to know through experience, I can expand my thinking. I can also “reject” or “abandon” what doesn’t fit my ever-evolving canons. Using the moral compass that Jan Phillips outlines here of “compassion and morality” will lead the way. Not only is it okay to do but it is meant to be done, in order to illumine the path of co-creation with the Divine in our time.
Does this make sense to you? What would Jesus say to me about my Ah Ha moment? 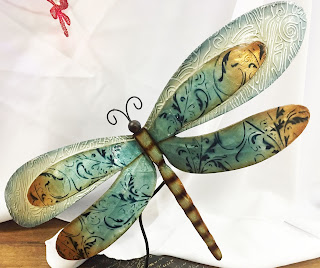 Donna’s homily starter:
Today’s gospel reading is filled with ah-ha moments for the disciples. This is another story about an appearance of the resurrected Jesus. Most of the appearance stories picture the people to whom Jesus appears as not recognizing him at first. For example when Mary goes to the tomb and finds it empty she begins to cry and talk to the gardener who really is the resurrected Jesus. Her ah-ha moment comes when Jesus says her name because she then recognizes Jesus. In today’s story the disciple Jesus loved had the ah-ha moment of recognizing Jesus when the empty fishing net became full of fish.  This was followed by Jesus inviting Peter and the other disciples to breakfast on the beach. When they bring the net to shore filled with 153 fish, we the readers of the story as well as the disciples may have an ah—ha moment of remembering when Jesus multiplied the loaves and the fishes to feed a crowd of 5000 people. As Jesus broke bread and fish with the disciples the next ah-ha takes us to the last supper and connects us today with the story when we break bread together. If you happened to read beyond our first reading you would see that Peter was being asked three times by Jesus, “Do you love me.” The ah-ha in this part of the story is a beautiful reconciliation scene when Jesus is transforming Peter’s three denials into three affirmations of love. Not only is Peter reconciled, Jesus invites Peter to continue his ministry as a fisher of humans.

Why do we need to pay attention to ah-ha moments in scripture and in our lives? Because these moments are unexplainable encounters with mystery, encounters with something bigger than us,  encounters with the Divine. These moments change, empower us and give us new life to be co-creators of the kin-dom. These ah-ha moments take Peter and us out of fishing boats where it feels safe and normal and into the risky but life giving work of the kin-dom building. Living into ah-ha moments gives us the courage to let go of the misinterpretations and misunderstandings that Jan Phillips talks about. She is giving us a litmus test for our faith. She is telling us to abandon boats, settings or misunderstandings that keep us locked into judging and excluding people and move toward listening to the God voice within us, our conscience, the wisdom written in our hearts, that helps us create canons of compassion and morality.

What did you hear? What will you do? How will it change you?