"Women are not Poison to Seminarians’ Formation" by Mary Pezzulo 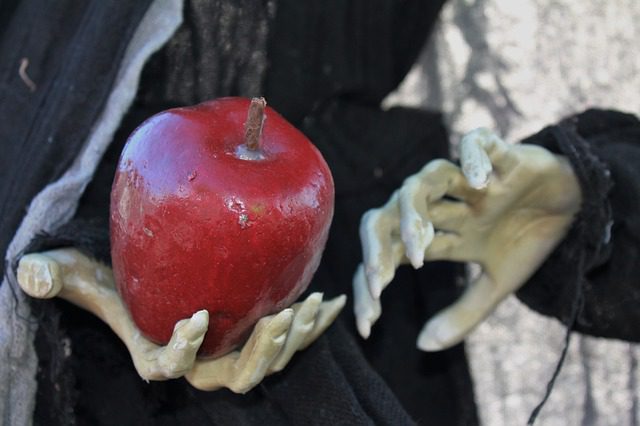 "I had an odd conversation with a priest, after I posted my article about the sexual harassment of seminarians in Buffalo.
The priest said that nothing like this had ever happened at his seminary– there were no abusive priests involved in the formation there. However, he said, there were many women on campus and in the classes at his seminary, which provided “a challenge to human formation–” which challenge, he didn’t elaborate. And then he said, “choose your poison, I guess.”
To me, that seems like quite an easy choice. Given the choice between prurient priests harassing seminarians who feel afraid to leave a party and generic women on campus, I would choose women on campus. Because, unlike those priests, “women” in general aren’t a poison. People who are supposed to be role models but instead behave abusively are actively toxic to human formation and everything else they touch. Women, by contrast, are just people. Some are abusive or dangerous, but most of us are usually minding our own business, not thinking about how we can hurt seminarians.
I said something like that to the priest, who got angry. He started listing the women he knew, and the lady scholars who helped him with his dissertation, to prove he wasn’t a misogynist. I hadn’t said he was a misogynist; I’d just pointed out that he said “choose your poison” in a choice between a seminarian’s formation involving abusive priests or women showing up to class and studying theology. He insisted that I didn’t understand, and he was right. I don’t. As the priest himself demonstrated, it’s really not dangerous to let women interact with seminarians.
Perhaps we can even name some benefits to the practice.
The fact is, roughly half the people in any given Catholic parish are going to be female.
It is necessary for a diocesan priest to know how to behave in front of females, because that’s going to come up in his line of work.
It’s also necessary for a diocesan priest to know how to behave in front of abusive priests, of course: he ought to get away from them as quickly as possible, report them to the authorities, and warn his congregation to stay away from them. The seminarians who reported the priests at that party in Buffalo and then went to the press gave a great example of this. But I think that lesson could be taught in the absence of any actual abusive priests, the same way I was taught not to take drugs from strangers on the playground in the DARE program in grammar school.
From what I’ve noticed in my experience, interacting with women as if they’re human beings is something that might not come so easily without practice.

When I was a child, I quickly noticed that boys who did not interact with girls regularly were the absolute worst kind of boy. Boys who didn’t have sisters at home were more likely to bully me and chase me around the playground when I went to Catholic school. Boys in the homeschool group who were encouraged to keep girls at arms’ length for the sake of purity were insufferable– at the homeschool theater group and other get-togethers, they huddled in corners making fun of everyone and wouldn’t help out with any activities. As they hit puberty, some of them got downright predatory and scary. The boys who went straight from the homeschool group to the all-boys prep school as teenagers seemed to remain in that awkward adolescent stage of teasing and annoying girls rather than forming relationships right up until they left for college.
If any of those boys ever went to a seminary that regarded contact with anyone female as poison akin to having an abusive priest on staff– well, I can understand why so many priests I’ve met act so strangely around women. Not all of them by a long stretch; a lot of the priest I know have no problem with the presence of women. But there are a sizable number who don’t seem to know what to make of us, who act like perpetual adolescents, who ignore or patronize the women around them rather than taking them seriously as human beings.
Of course, this isn’t a direct one to one ratio. I’ve met priests who are used to being around women and are also jerks. I’ve met young men with absolutely no experience around women who loosened up and learned to be fine. But still, I do see a pattern.
It seems to me that, not only is the presence of women not poisonous to seminarians’ formation, it’s actually something they need. It’s something they’ll have to be completely used to, if they’re going to function with maturity as priests and treat the members of their congregations like human beings.
That is what we want, isn’t it?"
Posted by Bridget Mary Meehan at 9:00 AM