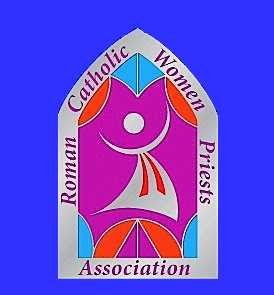 We, the members of the Association of Roman Catholic Women Priests, express our shock and deep sadness over the chaos and subsequent violence that occurred on Wednesday, January 6, 2021 on the U.S. Capitol, the citadel of democracy. President Trump, his supporters and sadly, some Republican members of the House and Senate, tried to subvert a democratic presidential certification which has been an honored tradition for generations.

Our Mission Statement states “…we are respectful of differences among people.”

We acknowledge that the United States is a polarized country, but we must and will promote justice for all. We fervently pray that differences can be resolved peacefully and the Democratic Republic be fully restored.  We pray to be a beacon of hope to all nations, and to work for equality and justice for everyone —no exceptions—as we confront discrimination and conspiracy theories that are rooted in fear, hatred, and untruth.

We believe this domestic white terrorist assault against our legislative branch  was fueled by divisive rhetoric and an open disrespect for the U.S. Constitution. We believe this assault has its roots in racism which presents itself in white supremacy and patriarchal domination. As Christians, we cannot use Jesus’ name to foster racism , sexism or violence.  We invite all people of good will to work together to foster mutual respect in an inclusive democracy.

Now, we mourn our dead; each a citizen of history, however long or short, with hopes and dreams unfulfilled. We stand and weep with anguished loved ones and will forever remember the ugly face of unbridled disrespect as we continue our prophetic witness for justice, and equality for all.