"The "The Last Week: The Day by Day Account of Jesus's Final Week in Jerusalem" by Marcus Borg and John Dominic Crossan 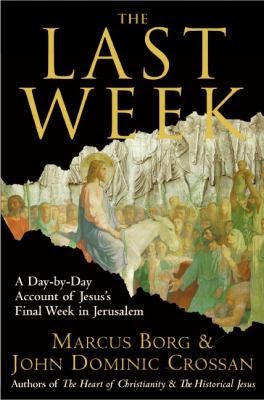 "The high priest and the temple authorities had a difficult task. As with the client-rulers before them, their primary obligation to Rome was loyalty and collaboration. They were to make sure that the annual tribute to Rome was paid. They were also to maintain domestic peace and order. Rome did not want rebellions. Their role was to be the intermediaries between a local domination system and an imperial domination system. 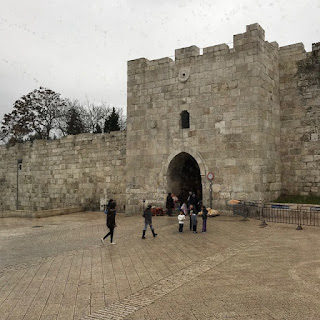 It was a delicate balancing act. They needed to collaborate enough with Rome to keep Rome happy, but not so much as to anger their Jewish subjects. They were in an awkward spot. Their decisions were often difficult. It is easy to imagine a responsible official saying, as the high priest Caiaphas is reported to have said in John’s gospel, “It is better to have one man die for the people than to have the whole nation destroyed” (11:50). Why Caiaphas says this can be seen from a previous verse that shows a fear of Roman intervention: “If we let him go on like this, everyone will believe in him, and the Romans will come and destroy both our holy place and our nation” (11:48). 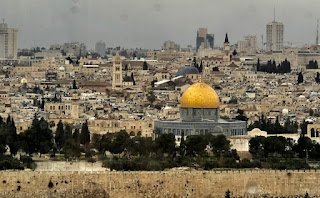 The temple’s role as the center of a domination system was legitimated by theology: its place in the system was said to have been given by God. Temple theology continued to see the temple as the dwelling place of God, the mediator of forgiveness through sacrifice, the center of devotion, and the destination of pilgrimage. It is important to emphasize once again that there is nothing abnormal about all of this. It was (is?) exceedingly common in all of its permutations. The wealthy and powerful justify their position by saying, “This is the way it is.” Whether done by religious or nonreligious authorities, the effect is the same. God—or the way things work—has set it up this way. 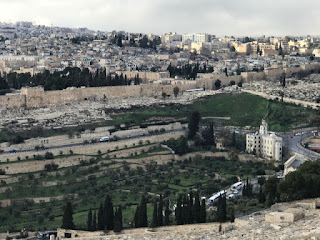 This is the Jerusalem that Jesus entered on Palm Sunday. His message was deeply critical of the temple and its role in the domination system, as we shall see. Jesus was not the only Jewish anti-temple voice in the first century. Given the temple’s role in a tributary domination system collaborating with an imperial domination system, this should not be surprising. Among the other voices were the Essenes, almost certainly to be identified with the community that produced the Dead Sea Scrolls. They rejected the legitimacy of the present temple and priesthood, understood their own community to be an interim temple, and looked forward to the day when they would be restored to power in a purified temple in Jerusalem.

Much of the passion of violent Jewish revolutionary movements was directed against Jerusalem and the temple because of its collaboration with the domination system. The great Jewish revolt that broke out in In the gospels, the movements of both John the Baptizer and Jesus had an anti-temple dimension. John’s baptism was for the “forgiveness of sins.” But forgiveness was a function that temple theology claimed for itself, mediated by sacrifice in the temple. For John to proclaim forgiveness apart from the temple was to deny the temple’s role as the essential mediator of forgiveness and access to God. Like John, Jesus pronounced forgiveness apart from temple sacrifice. It is implicit in much of his activity, including his eating with “tax collectors and sinners,” who were seen as intrinsically impure, but it becomes explicit as well. For example, in Mark 2, Jesus forgives the sins of a paralyzed man and empowers him to walk. Some scribes object: “Why does this fellow speak in this way? It is blasphemy. Who can forgive sins but God alone?” (2:7). Their point is not that Jesus is claiming to be God. Rather, their point is that God has provided a way to forgive sins—namely, through temple sacrifice. And here is Jesus, like John, proclaiming forgiveness apart from the temple.

Thus we have the twofold theme that leads to Palm Sunday. Genuine discipleship, following Jesus, means following him to Jerusalem, the place of (1) confrontation with the domination system and (2) death and resurrection. These are the two themes of the week that follows, Holy Week. Indeed, these are the two themes of Lent and of the Christian life.

As we conclude this chapter on Sunday and the two processions that begin Holy Week, we want to guard against some possible misunderstandings of the conflict that led to Jesus’s crucifixion. It was not Jesus against Judaism. Much of the scholarship of the last half century, especially the last twenty years, has rightly emphasized that we must understand Jesus within Judaism, not against Judaism. Jesus was a part of Judaism, not apart from Judaism.

The conflict is also not about priests and sacrifice, as if Jesus’s primary passion was a protest against the role of priestly mediators or against animal sacrifice. Rather, his protest was against a domination system legitimated in the name of God, a domination system radically different from what the already present and coming kingdom of God, the dream of God, would be like. It was not Jesus against Judaism, or Judaism against Jesus. Rather, his was a Jewish voice, one of several first-century Jewish voices, about what loyalty to the God of Judaism meant. And for Christians, he is the decisive Jewish voice.

Two processions entered Jerusalem on that day. The same question, the same alternative, faces those who would be faithful to Jesus today. Which procession are we in? Which procession do we want to be in? This is the question of Palm Sunday and of the week that is about to unfold.


But what we often call Jesus’s triumphal entry was actually an anti-imperial, anti-triumphal one, a deliberate lampoon of the conquering emperor entering a city on horseback through gates opened in abject submission. "
Posted by Bridget Mary Meehan at 12:18 PM