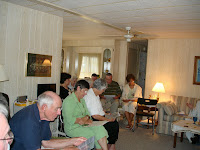 Jack Duffy, one of our leaders from Mary, Mother of Jesus House Church Catholic Community wrote this letter to the editor which was published in the paper. It is important that we speak truth to power. Thank you Jack for your prophetic words to our institutional church calling for accountability, transparency and a return of focus to the healing and compassionate love of Christ for all.
http://www.heraldtribune.com/article/20090103/LETTERS/901030316/2163/OPINION?Title=Church_fails_to_create_transparency
Jack responded to this article.
http://www.heraldtribune.com/article/20081230/ARTICLE/812300346
Posted by Bridget Mary Meehan at 3:59 PM No comments: 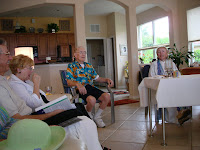 When God calls us , (and I believe that the equality of women in our church is the voice of God in our time),to renew our beloved Roman Catholic Church, God opens a door that cannot be closed. This is my prayer for 2009!
Bridget Mary Meehan
Roman Catholic Womanpriest
http://www.romancatholicwomenpriests.org/
Posted by Bridget Mary Meehan at 11:17 PM No comments: 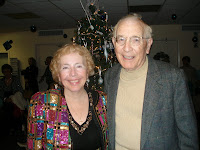 Dad and I are thankful for the many blessings we have received and offer our sincere wishes for a blessed New Year for all.
Bridget Mary and Jack Meehan
Posted by Bridget Mary Meehan at 10:45 AM No comments:

What Every Roman Catholic Should Know about Self-Excommunication

Most Catholics are familiar with Excommunication. It is a penalty imposed by Church authorities for having done serious things like abortions, heresies, schisms, and other crimes. The purpose is to seek repentance and protect the faithful. In days gone by it could be deadly as now-canonized saints like St. Joan of Arc, learned the hard way. The two general types are a) AUTOMATIC - the kind that happens just by doing the deed, and b) IMPOSED - the kind that needs to be issued, publically or secretly, by some Church official.

a) Self Excommunication in the External Forum (SEx-EF) which occurs when a Church official declares that you have excommunicated yourself (even without your knowledge) or after a certain time period (30 days), and

ACTIVE (SEx-IF-Active) which includes those Catholics who are still active in the Church but support such things as the ordination of women, birth control, same sex unions, stemcell research, in-vitro fertilization, Obama for President, shared control of Church property, and more recently, active support for child sex-abuse victims (others to be added later), and

PASSIVE (SEx-IF-Passive) which includes those Catholics who have just passively left the Church and moved on. (The third largest group of Christians in the US).

The above is offered as an observed description of this phenomenon and is not in any way official. A preliminary search finds no official reference in Church Law nor in past documents that deal directly with this, a gap soon to be filled no doubt by the Catholic media. Practically speaking, there is not much defense against the SEx-EF except to repent quickly if possible. Those who fall into the SEx-IF-Active category would be well advise to keep a low profile and avoid going public, until such time as the Spirit calls you to be a more prophetic Christian.

It is obvious to many that our Church is in serious trouble, and that such machinations are only attempts to avoid the inevitable need for reform through accountability, openness, and participation of all. Please pray that the loving Spirit of God who dwells amongst us will prevail and help our poor Church.

Support for The Association for the Rights of Catholics in the Church (ARCC) is greatly appreciated.
Circulate freely with source acknowledged. Comments welcomed rschutz1@prodigy.net or 1-877-700-ARCC (2722).
Posted by Bridget Mary Meehan at 6:17 PM 1 comment:

Fri, 14 Nov 2008 Guest host Don Dubuc and Monica talk to Bridget Mary Meehan, National Spokesperson for Roman Catholic Women Priests (and a priest herself), about the Louisiana priest who is risking excommunication because he believes women should be ordained.
http://audio.wwl.com/m/audio/21422816/11-14-9-10am-bridget-mary-meehan.htm?pageid=59313

Pontifications by David Gibson
"The blowback certainly hasn't died down, and today more than 100 nuns from 22 religious congregations released a letter to the Vatican protesting the threatened excommunication of Bourgeois. The letter was organized by the National Coalition of American Nuns (NCAN)."
http://blog.beliefnet.com/pontifications/2008/12/us-to-nuns-to-vatican-we-suppo.html