Women are rising up to claim justice and equality. The international Roman Catholic Women Priests Movement is one example of an inclusive, non-violent women-led revolution in the 21st century.
We are living our prophetic call to lead the Church in developing faith communities and ministries where all people, genders and identities can celebrate their human rights as sacred images of the divine according to the teachings of unconditional love by Jesus in the Gospels. We focus our energies on living the change, the transformation, of being the Christ presence, one ordination at a time, working for justice in the church and world now.

"Almost all of the Catholic Church's contemporary dysfunctions, such as skewed theology of reproduction, neurotic sexual morality, clergy abuse and clericalism are tied to a profound theological denigration of women, " said  author James Carroll in a recent interview, " the lynchpin of what must be reformed is the inequality of women, symbolized by the church's prohibition of women as priests."("A Conversation with James Carroll", Conscience, p. 43)

Posted by Bridget Mary Meehan at 8:31 AM No comments:

Pope Apologizes for "Bad Example" of Slapping arm of Pilgrim who Tugged him, Time for Pope Francis to Apply Social Justice Teaching to Full Equality of Women in the Church

My Response: I appreciate a humbled Pope Francis apologizing for slapping the hand of a woman who grabbed him and, kudos for his homily on New Year's Day denouncing violence toward women.
Yet, our dear Francis has has a long way to go to treat women as beloved sisters who are equals and decision-makers in the Church. In order to achieve gender justice, canon law that links ordination with governance would have to be changed. As some say, "good luck with that happening in our life times!"

Recently, Francis has waffled on women deacons and stated more study is needed. Really? Why? Scholars have mountains of evidence of over a thousand year history of women serving as deacons.
Pope Francis' powerful message of living social justice in the world, must be matched by policies and practices that reflect the full equality of women in every ministry and role in the Church.
Bridget Mary Meehan ARCWP, https://arcwp.org, sofiabmm.bmm@gmail.com

http://www.blogger.com/blogger.g?blogID=2153529381521594901#editor/target=post;postID=1582168372748895896
By Crispian Balmer
"VATICAN CITY (Reuters) - Pope Francis apologized on Wednesday for having angrily slapped a woman's arm when she had grabbed hold of his hand and yanked him towards her, saying he had lost his patience and set a "bad example".
His unusual apology came after he used his first homily of the new year to denounce violence against women, which he compared to profaning God.
Pope Francis, 83, had a sharp encounter with a woman on Tuesday evening during a walkabout in St. Peters Square.
The pilgrim, who has not been identified, unexpectedly seized his hand and pulled him towards her, causing him evident alarm. A clearly disgruntled Francis wrenched himself free by slapping down at her arm.
"So many times we lose patience, even me, and I apologize for yesterday's bad example," the pope told thousands of pilgrims gathered in St. Peter's Square on Wednesday at the end of the traditional New Year Mass."
Posted by Bridget Mary Meehan at 1:28 PM No comments:

https://novenanews.com/osnabruck-bishop-bode-germany-progress-church-women-gay-blessings-celibacy/
Posted by Bridget Mary Meehan at 10:11 PM No comments: 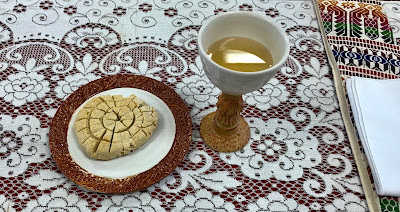 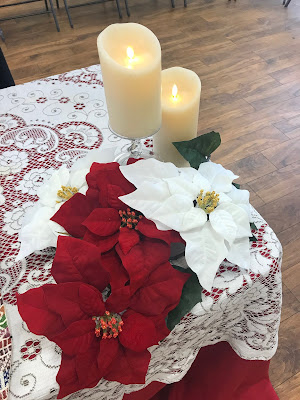 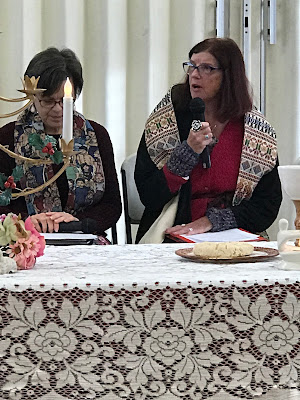 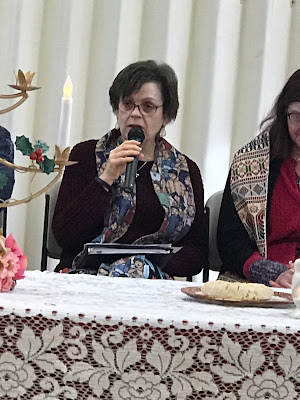 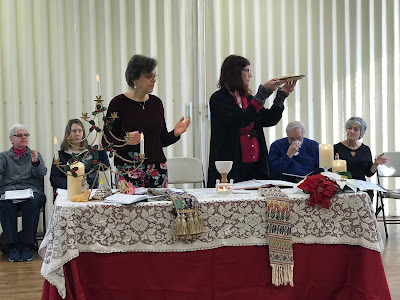 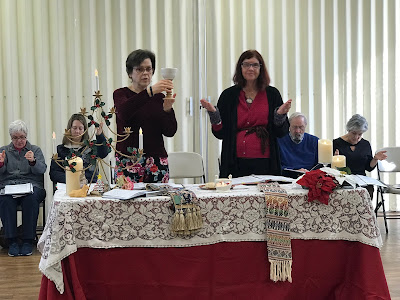 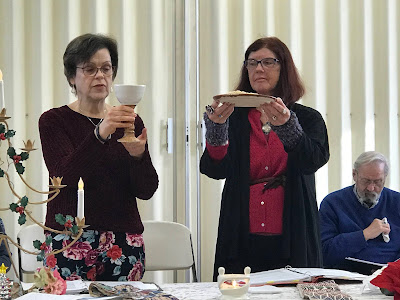 Posted by Bridget Mary Meehan at 6:10 PM No comments: