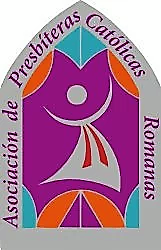 Amy Jill Levine, "Who Is My Enemy?", Barbara Brown Taylor, Parable of the Good Muslim,

A great deal of media sound bites have recently been spent on playing down the differences between Islam and Christianity. In the decades before, it was spent on recasting Jesus as a normative Jew. If that results in preventing another holocaust or another crusade, then good. But if we can only achieve this by domesticating other religions and making them more palatable to Christian tastes, then we should rather stop. Prof Barbara Brown Taylor points out that it is clear from the stories by Jesus and about Jesus, that correct beliefs were not important to him. In fact, that may be exactly what Jesus was trying to say: don’t use your differences as a convenient excuse not to act civil toward an ultimate ‘other,’ as Bolz-Weber puts it. In my experience, us Christians could learn from Muslims & Jews how this is done. AJ Levine says that the best way to recover the punch that the parable of the Good Samaritan had when Jesus told it the first time, is to move the narrative to the West Bank (where the ancient Kingdom of Samaria was) and make the man in the ditch, a modern-day Jew. After a rabbi and a member of the Israeli Knesset have ignored the man and passed him by, imagine a Muslim member of Hamas bending down to bind the man’s wounds and bathe him and make sure he is taken care of. Prof Barbara Brown Taylor says “anyone who loves this story has probably misunderstood it.” The good Samaritan “never was and never will be one of us. He was the enemy. He belonged to the other side." Barbara Brown Taylor is Professor of World Religions at Piedmont College. AJ Levine is a Jewish professor of New Testament studies at Vanderbilt University.

Posted by Bridget Mary Meehan at 8:48 PM No comments:

Day 12 in Rome Youth speak up for women; Why are women not voting at the synod?; A "joke" that sucks the air out of the room

Posted by Bridget Mary Meehan at 12:32 PM No comments:

My Response: Of course women should vote at this Synod. It is fair and just. Seriously, this is a Synod on discerning vocations, what young woman is going to discern a religious vocation when her voice and vote is not even represented at the Synod? Talking about a credibility gap.

This is a chasm and it is insulting to the people  of God!

This Dutch bishop suggests a "Constitutive Council"  for women since they are not equal members of the Church run by bishops. Then, most insulting of all, he blames the centuries old misogyny on Jesus who chose 12 apostles.  In Romans 16:7 Paul praises Andronicas and Junia as prominent apostles who were his mentors. So there were more than 12 apostles and Junia was a woman apostle. The early Church Fathers called Mary of Magdala, the "apostle to the apostles."

The full equality of women in the Church and world is the voice of God in our time. It is a grave injustice to refuse to allow religious women to vote in this Synod, when male religious are permitted to vote. Half of the Church is excluded and it is certainly not Jesus' fault! If this sexist view continues to be espoused by the hierarchy, the next generation will continue to abandon Catholicism because of its sinful misogyny and exploitation of women as second class citizens in their own house. Bridget Mary Meehan ARCWP, https://arcwp.org


VATICAN CITY — Although women's voices are welcome and included at the ongoing Catholic Synod of Bishops in Rome, women should not be allowed to vote during its deliberations, a Dutch bishop said.
"This is a bishops' synod," said Dutch Auxiliary Bishop Everard de Jong. "We have to listen to women, but there are no women bishops. We don't have women cardinals. We have to live with that."
De Jong, an auxiliary for the diocese of Roermond, Netherlands, spoke at a midday press conference Oct. 12, just hours after 10 organizations launched a petition calling for religious women superiors "to work and vote as equals alongside their brothers in Christ at meetings of the Synod of Bishops."


Get NCR delivered to your inbox. Sign up for free newsletters.

"As Pope Francis calls for 'a more incisive female presence' in the Church while calling the Synod 'a suitable instrument to give voice to the entire People of God …' (Episcopalis communio 25), we urge you to bring women into meaningful decision-making in every body of the Church, including the Synod," the petition said.
On its first day, the petition had garnered more than 2,000 signers. Organizers plan to hand deliver the petition to bishops, cardinals and all voting members at the synod, as well as to Cardinal Lorenzo Baldisseri, the synod's secretary general, beginning Oct. 18.
The petition noted that the 2015 synod on the family and this year's synod include non-ordained voting members who are religious brothers.
"If male religious superiors who are not ordained can vote, then women religious superiors who are also not ordained should vote. With no ontological/doctrinal barrier, the only barrier is the biological sex of the religious superior," the petition said.
But De Jong insisted that while "the presence of women is so clear and their voices so much heard" at the synod, they should not be allowed to vote at the Oct. 3-28 gathering, during which 267 prelates and 72 auditors are considering the needs of young people today.
Voting "is about who's going to be in charge," De Jong said, adding later that bishops "are responsible in the church. I can't help it; that's Jesus' choice," because he chose male apostles.
The bishop also said that women and men are different, joking: "They say man is the head of the family, but the woman is the neck and they turn the head, where we go."
But the bishops take women's concerns seriously, he said, and women's voices have been included in the pre-synod and as auditors at the month-long event. He also said he received input from women he knows, including his three sisters.
"We listen to women, I think," he said.
"Women's voices should be heard and they should be taken into account in the final document," De Jong added. He suggested that perhaps women could organize themselves into a "constitutive council" to communicate what they are thinking to the pope.
Posted by Bridget Mary Meehan at 8:24 PM No comments:


Posted by Bridget Mary Meehan at 8:32 AM No comments:

The Five-Year-Old Who Was Detained at the Border and Persuaded to Sign Away Her Rights by Sarah Stillman, The New Yorker

My Response: As a nation of immigrants, we must stand for justice, compassion and human rights. This is who we are. This is a call for action, to change our  inhumane treatment of little children who are asylum seekers.  Bridget Mary Meehan ARCWP, https://arcwp.org
https://www.newyorker.com/news/news-desk/the-five-year-old-who-was-detained-at-the-border-and-convinced-to-sign-away-her-rights


Helen, a five-year-old from Honduras, was detained after the Trump Administration announced that it would halt the separation of immigrant families.Photograph Courtesy LUPE

Helen—a smart, cheerful five-year-old girl—is an asylum seeker from Honduras. This summer, when a social worker asked her to identify her strengths, Helen shared her pride in “her ability to learn fast and express her feelings and concerns.” She also recounted her favorite activities (“playing with her dolls”), her usual bedtime (“8 p.m.”), and her professional aspirations (“to be a veterinarian”).

In July, Helen fled Honduras with her grandmother, Noehmi, and several other relatives; gangs had threatened Noehmi’s teen-age son, Christian, and the family no longer felt safe. Helen’s mother, Jeny, had migrated to Texas four years earlier, and Noehmi planned to seek legal refuge there. With Noehmi’s help, Helen travelled thousands of miles, sometimes on foot, and frequently fell behind the group. While crossing the Rio Grande in the journey’s final stretch, Helen slipped from their raft and risked drowning. Her grandmother grabbed her hand and cried, “Hang on, Helen!” When the family reached the scrubland of southern Texas, U.S. Border Patrol agents apprehended them and moved them through a series of detention centers. A month earlier, the Trump Administration had announced, amid public outcry over its systemic separation of migrant families at the border, that it would halt the practice. But, at a packed processing hub, Christian was taken from Noehmi and placed in a cage with toddlers. Noehmi remained in a cold holding cell, clutching Helen. Soon, she recalled, a plainclothes official arrived and informed her that she and Helen would be separated. “No!” Noehmi cried. “The girl is under my care! Please!”

Noehmi said that the official told her, “Don’t make things too difficult,” and pulled Helen from her arms. “The girl will stay here,” he said, “and you’ll be deported.” Helen cried as he escorted her from the room and out of sight. Noehmi remembers the authorities explaining that Helen’s mother would be able to retrieve her, soon, from wherever they were taking her.

Later that day, Noehmi and Christian were reunited. The adults in the family were fitted with electronic ankle bracelets and all were released, pending court dates. They left the detention center and rushed to Jeny’s house, in McAllen, hoping to find Helen there. When they didn’t, Noehmi began to shake, struggling to explain the situation. “Immigration took your daughter,” she told Jeny.

“But where did they take her?” Jeny asked.

The next day, authorities—likely from the Office of Refugee Resettlement (O.R.R.)—called to say that they were holding Helen at a shelter near Houston; according to Noehmi, they wouldn’t say exactly where. Noehmi and Jeny panicked. Unable to breathe amid her distress, Noehmi checked herself into a local hospital, where doctors gave her medication to calm her down. “I thought we would never see her again,” Noehmi said. She couldn’t square her family’s fate with the TV news, which insisted that the government had stopped separating migrant families.

Posted by Bridget Mary Meehan at 8:21 AM No comments:

Posted by Bridget Mary Meehan at 7:48 AM No comments: