FROM THE ORLANDO SENTINEL
“In 2002, on the shore of the Danube River, seven Catholic women broke tradition and sent tremors to the very foundation of the Church. That day, the Danube 7 were ordained as priests — an office not recognized as valid for women parishioners in the Catholic Church.
In doing so, the septet started a movement that adherents say contests for nothing less than spiritual equality in forging a more inclusive church that reflects a 21st-century sensibility.
It’s a fight not without supporters. Two years ago, a Quinnipiac University poll found that at least 60 percent of U.S. Catholics backed female ordination. It’s a controversial movement that touched down in Central Florida in January. At Christ Unity Church in Orlando, the Association of Roman Catholic Women Priests ordained octogenarian Rita Lucey a priest.
Supporters of ordaining women, including one of today’s columnists, contend that excluding women from the Roman Catholic priesthood not only is rooted in antiquated sexism, but also comes lacking any convincing biblical justification.
Meanwhile, advocates say the status quo is reliant on faith, not fashion. The whims of changing eras have no bearing on God’s immutable word. And God, as today’s other columnist argues, clearly chose men to deliver his message and minister to his flock.
Pink smoke may never rise from the Vatican. Nevertheless, women like Lucey continue to serve — fiat or no.
Posted by Bridget Mary Meehan at 10:46 PM No comments:

We choose to follow the template of inclusivity and table community that Christ modeled. Everyone is welcome, including those on the margins of society, and those who have been excluded by the Church because of divorce, abortion, and sexual orientation.

We draw our inspiration from the First Century communities that formed to celebrate and keep alive the Way of Jesus. These were the men and women whose hearts and minds were infused with his teachings. It was a sacred time when women were deacons, priests, and bishops as archaeological evidence demonstrates.

The vision is to once again return the balance of feminine and masculine; working, creating, praying, and celebrating together. We create communities to support the evolution of “Kingdom” into “Kindom,” as kindred relations within the body of Christ. We are the people of God, the human family with all its glorious diversity and complexity. This is the renewed life-giving Church that encourages hope and welcomes possibility for the times we are living in.

Possibility
Posted by Bridget Mary Meehan at 11:17 AM No comments:

http://joeltin.smugmug.com/AJ2015
Posted by Bridget Mary Meehan at 11:07 AM No comments:

http://www.washingtontimes.com/news/2015/may/12/pope-francis-spare-no-effort-in-defending-life-fam/
Posted by Bridget Mary Meehan at 10:27 PM No comments:


Posted by Bridget Mary Meehan at 8:43 PM No comments:

Is God laughing or crying?

http://godlaughingorcrying.blogspot.com/
Posted by Bridget Mary Meehan at 8:08 PM No comments:

Posted by Bridget Mary Meehan at 4:05 PM No comments:

Release date: May 13, 2015
From: The Association of Roman Catholic Women Priests www.arcwp.org
Contact: Janice Sevre-Duszynska, D.Min. (media) 859-684-4247, rhythmsofthedance1@gmail.com
Bishop Bridget Mary Meehan, 703-505-0004, sofiabmm@aol.com
See: bridgetmarys.blogspot.com
On Saturday, May 23 at 2 p.m. (Vigil of Pentecost) the Association of Roman Catholic Women Priests will ordain two priests and two deacons. The presiding bishop will be Bridget Mary Meehan of Sarasota. The ceremony will take place at St. Andrew United Church of Christ, 6908 Beneva Road in Sarasota, the home of Mary Mother of Jesus Inclusive Catholic Community. All are welcome.
On April 29th Pope Francis defended pay equality, calling it “pure scandal” to pay women less than men. But when will the pontiff make women equal in the Church?
Although Francis recently championed for women in more leadership roles in the church, on the issue of women’s ordination the door remains closed.
However, the Good News is that the Association of Roman Catholic Women Priests is living Gospel equality now by ordaining women and men to serve inclusive Catholic liturgical communities where all are welcome to receive sacraments.
To be ordained priests:
Sally Brochu, 73, sasb714@gmail.com 941.445.7610 of Nokomis has three children, 11 grandchildren and recently four great-grandchildren from a 32-year marriage. Involved in parish life, Sally was invited to attend the Center for Parish Ministry in Maine, a three-year commitment of learning and preparation for ministry. She earned a Master of Arts in Pastoral Counseling from Emmanuel College in Boston. After fulfilling Clinical Pastoral Counseling requirements, Sally became a Board Certified Chaplain through the National Association of Catholic Chaplains. She worked as the Director of Pastoral Care for a Catholic Regional Medical System in Maine for 10 years. “I loved working with a compassionate and professional chaplaincy team and our ministry to so many people at their times of need, but I also observed and experienced some of the inner workings of a hierarchical church that has lost its way. It became clear to me that there needed to be another model of church. To find it in ARCWP is remarkable and exciting as we work together to build a new model of Church with Jesus as the center and the Spirit guiding us forward. In Florida gay marriage is now legal. After my priestly ordination I will officiate at a wedding of a gay couple who have lived their faithful commitment to one another for 35 years.”

Kathryn Shea kathshea1950@gmail.com 941.650.6592 of Sarasota is a licensed clinical social worker and President and CEO of The Florida Center for Early Childhood in Sarasota. She is also Chair of the Community Alliance of Sarasota County. She is a mother, a grandmother, and an outspoken advocate for all children with mental health and behavioral disorders and those prenatally exposed to alcohol. Kathryn has worked for and led non-profit organizations in New York and Florida for over 35 years, serving mostly the marginalized, discounted, disenfranchised, and most vulnerable children and their families who have no voice. The Spirit led her to resist our country’s immoral stockpiling of nuclear arms and the invasion of Central America in the 1980s, for which she was arrested and jailed several times. She states, “I consider myself a Spirit-filled, social justice, Holy Shake up woman and now, I continue this life-long passion to serve as a Roman Catholic Woman Priest where I commit to working for social justice as long as I have breath left in me.”

To be ordained deacons:

Lorraine Sharpe Meyer
lorocks@icloud.com 407.580.5448 of Casselberry, FL as a nurse and a chaplain has specialized in care for people with Hansen’s Disease, AIDS and dementia. She has also worked with the homeless in many areas of the U.S. and Thailand. “As a lifelong Catholic, I so often witnessed male priests who, due to lack of proper training, were unable to comfort people requesting sacraments. Then, as a chaplain to people with dementia, I found that I was able to be a ‘real priest’ for them. The beauty of the experience sunk into my soul. When I discovered the Women Priest movement, I knew immediately that I belong to it.” She hopes that as a Catholic priest she will be able to continue to bring those who feel disenfranchised into a welcoming community.

Renee Dubignon ronnie.arcwp@yahoo.com 727.642.2070 of Holiday, FL worked as a detective with the New York City Police Department. In Harlem she developed a youth action unit. She also worked as an instructor in social science, human relations and cultural diversity. Her primary ministry was working with the New York City Police Department to overcome bigoted behaviors. In this context, she designed and implemented a citywide cultural diversity program tailored for each community. She counseled city officials and police officers that faced emotional challenges including paranoia and suicide. “My deep faith in God’s love guided me in the pastoral care of those in need of liberation from the negative effects of crime and evil. I have a calming spirit that aids me in helping others heal. God uses me as a vessel to heal physical and psychological problems. That is my calling.”

Posted by Bridget Mary Meehan at 3:45 PM No comments: 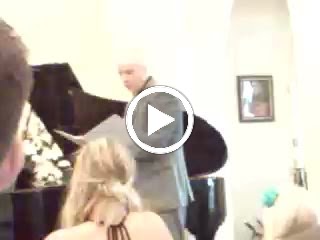 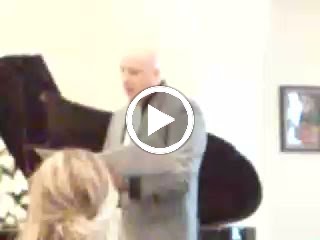 Posted by Bridget Mary Meehan at 11:55 PM No comments:


Whether you are a mom or not, you have been dealt two cards—a Love Card and a Guidance Card. Use both of them, and use both of them together. That’s what Mothers’ Day is all about.
Posted by Bridget Mary Meehan at 10:39 PM No comments:

The Community of Christ Sophia in Louisville, KY.

Posted by Bridget Mary Meehan at 10:13 PM No comments: