http://www.baltimoresun.com/news/opinion/oped/bs-ed-rodricks-priests-20101027,0,5192421.column
"Their church is not a democracy, but Catholics who still care about this can do something about it. They can speak up. They can demand change. They can present their bishops with sensible solutions."

"The Rev. Richard McBrien, a professor of theology at the University of Notre Dame, has suggested that the church could welcome back the many priests who, over the last few decades, left to marry and might still be willing to serve as married priests. Celibacy needs to go, and so does the equally theologically dubious ban on the ordination of women."

Vatican Refuses Permission for Filming of Victims of Clergy Abuse to Gather at St. Peters Square

Posted by Bridget Mary Meehan at 3:30 PM No comments:

Women have begun to open their own seminaries and ordain their own priests.
Priests for Equality published a non-sexist edition of the scriptures in the face of the Vatican’s refusal to admit that God is speaking to all of us, not simply to men.

..."It looks as if the church may have to choose whether it will foster evolution or risk revolution one more"

Thank you, Sister Joan Chittister for naming the elephant in the living room , women's ordination in the Catholic Church, which appears to be the Vatican's worst nightmare. The good news, is that it has already begun with Roman Catholic Womenpriests.

Roman Catholic Womenpriests are the revolution that is rocking the Vatican. Church authorities have done everything possible to stop the movement from excommunication of our members and supporters to punishments for anyone associated with us. I am sure there are many more examples of serious consequences and job loss that could be added to St. Joan Chittister's list of Vatican reprisals.

Roman Catholic Womenpriests are a revolution for justice and equality for women in the church. We are a change that is already happening despite the system . The Roman Catholic Womenpriests Movement is a revolution, but one that is peaceful, loving and passionate, rooted in the heart of the Church, the people of God. We stand in solidarity with our sisters and brothers who long for justice and equality for all God's family everywhere.

Roman Catholic Womenpriests are following our well-formed consciences, which Pope Benedict In his earlier writing affirmed, "Over the pope as expression of the binding claim of ecclesiastical authority, there stands one's own conscience, which must be obeyed before all else, even if necessary against the requirements of ecclesiastical authority." (Joseph Ratiznger, Commentary on the Documents of Vatican ll, Herder and Herder, 1967)

Jesus called women and men to be disciples and equals. It is the Vatican that is out of step with Jesus who appeared first to Mary of Magdala, the apostle to the apostes. It is the hierarchy that is out of step with St. Paul, who called Junia, "an outstanding apostle" in Romans 16:7. It is the Vatican that rejected its own scholarship that stated that there is nothing in the bible to prohibit women's ordination. (Papal Biblical Commission, 1976)

It is the Vatican that is out of step with the early church where women served as leaders of house churches in whose homes the community celebrated Eucharist. Scholars believe that these women presided at the Holy Banquet, and provide evidence that women were ordained in the first twelve hundred years of the church's history. (Gary Macy, The Hidden History of Women's Ordination, Ute Eisen, Women Officeholders in Early Christianity, and Dorothy Irvin's archaeological discoveries of tombstone inscriptions and evidence in catacombs and churches in Italy, North African and the Middle East) So it is Vatican's hostile attitude toward womenpriests that is out of step with Jesus, St. Paul and with the church's early tradition, and is a blessing, helping the Roman Catholic Womenpriests Movement to grow.

One could say that the Vatican is the gift that keeps on giving to the Roman Catholic Womenpriests Movement! Bridget Mary Meehan, RCWP, sofiabmm@aol.com, 703-505-0004

Posted by Bridget Mary Meehan at 12:46 PM No comments: 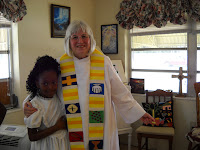 "For the cardinal rights may not have any claim within a rite, but a rite possesses the power to take away rights...

"The cardinal tells his readers: “In the order of grace, no one has rights and everything is gift from a God who loves us. . . . We can’t demand it from God; nor can we tell God to change it to suit us.”

"The cardinal doesn’t seem to realize that no one who fights for the inclusion of women in priestly ministry is demanding anything from God. God has already given the gift of calling forth women to service and leadership in God’s church. The demand is being made of the institutional church."

Bridget Mary's Reflection:
Speaking out for for justice for gays and for women in the Catholic Church, equal rights and equal rites for all, is the voice of God in our time! Bridget Mary Meehan, RCWP, sofiabmm@aol.com

Posted by Bridget Mary Meehan at 7:52 AM No comments: 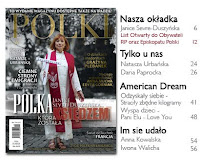 http://polkiwswiecie.com/index.php?option=com_content&view=category&layout=blog&id=29&Itemid=66
Posted by Bridget Mary Meehan at 9:10 PM No comments: