"The Pope can not do everything alone," says the German cardinal, who turns 80

"The reforms will not be so fast," he said. "There headstrong (...) in different positions" 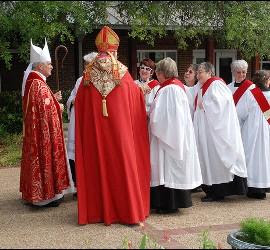 Women Deacons, why not?

Cardinal Karl Lehmann , one of the most influential dignitaries of the Catholic Church in Germany, insisted in an interview with dpa on the need to open the diaconate to women.
"Unfortunately is spending too much time for Rome to make a decision on the permanent diaconate female" lamented Lehmann, who has asked the pope Francisco to withdraw from the Archbishopric of Mainz when youturn 80 years soon.
"To be honest, I do not see a way for women priests in our church" , Lehmann, who chaired the German Bishops Conference of 1987-2008 said.
Posted by Bridget Mary Meehan at 6:32 PM