Invited by the Cultural House Weaving Sororities in the El Jordán District of Cali-Valle, which I have accepted, to make known the figure of Mons. Gerardo Valencia Cano, as a committed prophet, visionary, apostle of non- active.
I made my presentation from the moment I met him. I met a Gerardo, post-conciliar. In the time that I related to him, I never saw him in medieval harness, that is without a miter, without a staff, without a ring, without a breastplate, or shirts or purple belts.
A man concerned to empower the lay person and the woman, especially in the Church. He was, is and will be a prophet who was ahead of the Council. He enjoyed with the Decree on the Apostolate of the laity and was thus expressed as follows:
"How I would like to become a song to celebrate this moment of humanity in which lay Christians begin to stop being a herd to become an army, or if the comparison scares: stop being a moon to be a star"  (Document Cepalc page 73 Gerardo Valencia Cano, Prophet of the Reclining Litoral)
It was a recess, talking, remembering and resurrecting Gerardo Valencia Cano, mainly in times when the Church lives, refreshed and refreshed by the presence of Francisco as a helmsman.
70 people responded to the call. We were accompanied by Carmiña Navia Velasco, a feminist thesis coordinator of the event, and Antonio J. Echeverry Pérez, Lecturer and Historian of the U. del Valle, who shared an interesting historical research on the semblance of Gerardo, which he summarized in his book, presented on this occasion: "An invisible prophet. Monsignor Gerardo Valencia Cano ".
GRAPHIC REPORT 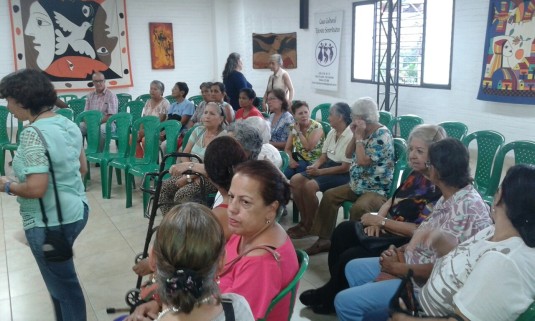 The women as always, the majority, responded to the invitation. Between women and men 70 arrived and they were occupying the seats. The room beautifully arranged, warm and serorial.

Beautiful moments of greetings and welcome before the conversation. 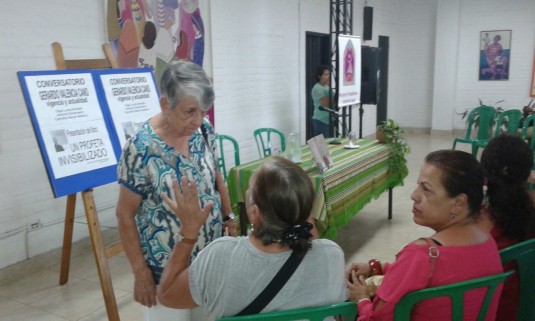 Carmiña Navia, begins the conversation, introducing us to Antonio and myself. 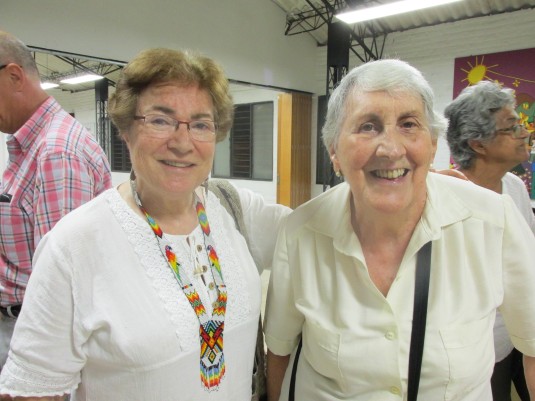 We were accompanied by Pilar Mola, an old-time missionary and the designer of our stoles used in ARCWP

Carmiña (left) Olga Lucia (center) Antonio (right)
"The woman is the one who should be part of the claims of their rights. They will not be able to wait for the men, tired of throwing themselves against the walls like  cucarrones, to give them the defeated reins. "
+ Gerardo Valencia Cano. Bishop of Buenaventura.