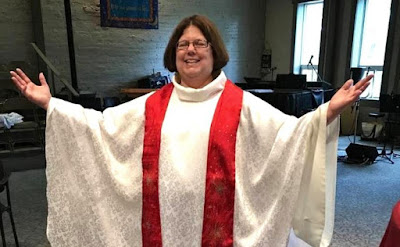 July 12, 2018 (LifeSiteNews.com) – A group of Catholic clergy and theologians, including two bishops, have signed an ecumenical declaration with Anglican clergy published on the Vatican website that affirms the possibility that the Catholic Church might create a “female diaconate” in the future, which would imply a contradiction of Catechism of the Catholic Church and the Church’s 2000-year tradition.
The declaration also refers to the possibility of ordaining married men to the priesthood.
The document, entitled “Walking Together on the Way: Learning to Be the Church—Local, Regional, Universal,” purports to explore ways that Anglican practices might influence the Catholic Church, and vice versa. It was agreed to by the “Third Anglican–Roman Catholic International Commission,” an ecumenical dialogue group instituted by the Catholic and Anglican churches.
In paragraph 102 of the document, the commission recognizes that “some decisions regarding ministry made by provinces of the Anglican Communion are not open to the Roman Catholic community” but admits that “others potentially are.”
Among these it lists “a female diaconate; a fuller implementation of licensed lay pastoral assistants; the priestly ordination of mature married men (viri probati); and the authorization of lay people to preach.” It also adds “the canonical opening of the ministry of lector to women.”
Professor Janet E. Smith of Sacred Heart Major Seminary in Detroit, whose name appears on the declaration as a commission member, told LifeSite that she served on the commission for seven years, but was not satisfied with the text that was ultimately produced for “Walking together on the way.”
Smith said that she had “serious concerns” about some of the recommendations and other content and about the fact the some of the most significant points in the document, such as speaking of the “regional" church” the promotion of a synod of laity who would take part in determining doctrine, and the ordination of female deacons, were not fully discussed during the course of the meetings.  She was not invited back to be a part of the commission as it considers the question of how the universal and local church in communion discern right ethical teaching.

Could the Catholic Church institute a “female diaconate”?

The notion of a “female diaconate” is not defined by the document. If it were to refer to the office of the “deaconess,” which ceased to exist in the Catholic Church a thousand years ago, it would not indicate that women may enter the clergy as deacons, but rather that they may be given a non-clerical title that would seem to be no longer applicable in the Church.
“Deaconesses,” according to the Catholic Encyclopedia, were women who were assigned to tasks that were only seen as proper for women to carry out, such as the baptism of adult women, who entered into the baptismal font naked, or the delivery of Holy Communion to sick women alone in their homes.
The Council of Nicea, the first ecumenical council held in the Catholic Church, declared expressly that “deaconesses” were not members of the clergy, and did not have an ordination.
“And we mean by deaconesses such as have assumed the habit, but who, since they have no imposition of hands, are to be numbered only among the laity,” stated canon 19 of Nicea, written in 325 A.D.
However, with the use of the term “female diaconate,” the document may be easily interpreted to mean that a woman may receive ordination to the sacramental grade of order of the Diaconate, a claim that is contradicted by the Catechism of the Church (par. 1577), which quotes the Code of Canon Law by stating, “Only a baptized man (vir) validly receives sacred ordination.”
The Catechism explains that this is not merely a matter of Canon Law, but the will of God himself for the Church: “The Church recognizes herself to be bound by this choice [to not ordain women] made by the Lord himself. For this reason the ordination of women is not possible.” The Catechism also cites Pope John Paul II’s motu proprio Ordinatio sacerdotalis and Pope Paul VI’s Inter Insigniores.
The Anglican Church, which was created by England’s King Henry VIII to facilitate his divorce of his wife Catherine of Aragon and his remarriage to Anne Boleyn in the 16th century, in the 20th century began in recent decades to appoint women as “deacons,” “priests,” and finally “bishops.” However, the Catholic Church does not recognize the validity of the Anglican orders in general, regarding them as non-sacramental.
In “Walking together on the way,” texts are placed parallel to a text about the Anglican Church in order to indicate similarities with the Anglican tradition. The placement of the text on a “female diaconate” in a parallel column in the document further suggests that the authors intend to claim that the sacramental grade of order of the Diaconate could be opened to women in the Catholic Church, in a way analogous to that of the Anglicans, who allow women in all of their orders.
Anglicans also have married “priests” and “bishops.” As the declaration states, the Catholic Church has the option of permitting the ordination of married clergy, although the Church’s ancient custom is to require celibacy of married clerics, a principle that continues to be enshrined in the Church’s Code of Canon Law for Latin Churches. A small minority of priests, mostly in the eastern rites of the Church, may be ordained as married men who are not required to be celibate, although they cannot remarry if their wife dies.
Among those on the commission are Bernard Longley, Archbishop of Birmingham, England, and Arthur Kennedy, Auxiliary Bishop of Boston, as well as a number of priests, both secular and religious.
Read the full text of “Walking together on the way” here.
Posted by Bridget Mary Meehan at 1:04 PM