"Nearly Easter? And it seems the date changes every year" by Rita Lucey ARCWP 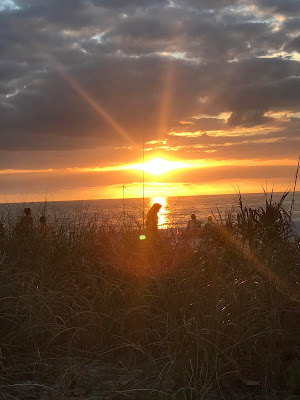 Controversy  of when to celebrate   Easter dates back to the earliest days of Christianity and is indeed a little complicated.
Early Christians wanted  to keep the date near the celebration of Passover  which is based on the lunar calendar  This meant that the moveable feast of Passover occurs
in the month of Nisan and the appearance of the full moon.  This could be any day of the week.
In the second century, the Roman custom celebrated Easter on the Sunday after Passover.  However, during this time many Eastern churches chose to celebrate Easter on Passover on whatever the day of the week it occurred.
As more people began to use the solar calendar it became difficult to keep track of the Easter date.    "Enough," said the  Council of Nicea in 325, and proclaimed  Sunday after the first full moon of the spring equinox as the official day.  But it didn't end there though it became less complicated.
In the 16th century Pope Gregory, listening to the scientists of his day, realized the solar calendar was off by 10 days!  In October 1582, 10 days were dropped.  Though the Eastern churches accepted the Gregorian calendar, in general, they maintained Easter according to the Julian calendar.  This year, 2019, the Eastern churches will celebrate April 28 as their Easter, while we the Western church will observe April 21.
--