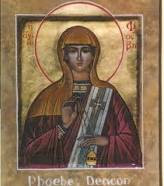 We had some truly inspirational moments as we sat in a circle and shared our stories at the regional FCM meeting. At one point, the conversation turned to sacraments and Rita Lucey said, “I prefer to think of them as sacred moments.” Of course! That is the origination of the word, but it has become entangled and has even strangled the holy participation by all. Everything and everyone is sacred and that redeeming and affirming truth seems to exist in a fog. And Rita Lucey is a wonder.

My very first gut response; my impulse, is to recall the recent gathering of the papal consortium to study the validity of women in the diaconate.  Not surprisingly, there was division among their results and they were sent away to reconvene at a later date. In my growing up faith tradition, scripture was paramount. If scripture said Phoebe was a deacon, well she was! Of course when one clings to a literal interpretation of the bible, one lands next in Paul’s letter to Timothy. Here we find women being told to stay silent in church and to cover their heads. Sigh. I always appreciated the theology of the Episcopalian “three-legged stool;” one leg for scripture, one for tradition and one was reason. For Catholics, I have read the safeguards are scripture, tradition and The Church. It would seem ordination evolved from tradition, since the word ordination was never used by Jesus. He told his followers to “go into all the world and preach the gospel;” to live and share the new Way of love and inclusivity. There are many indications of the laying on of hands and prayer as believers were sent to a specific mission.

According to Martos, “Until the twelfth century, the word ‘ordination’ is applied to any religious ritual through which a person enters into a position of service to a community of monks, nuns or lay people.” This includes men, women, laity or clergy. Accepting Martos’ scholarship, women were among those ordained to serve a special ministry. Later in that century, power entered the mix and ordination became linked with male clergy. As opposed to being sent to aid pressing needs, ordination became a holy order which was permanent. We have seen what a system of no checks or balances produces; not just in the Church, but in our country as well.

Returning to Jesus’ vision of Gospel inclusivity, how do we celebrate this sacrament in the 21st Century?

I do believe the still, small voice of the Spirit calls some to intentional, vocational service. As I reflect on Judeo-Christian history as well as many other religions, there have always been devoted seekers, poets and prophets. To say they are “called out” does not diminish the Divine within all of us, nor does it rob the power of influence of each within community. I have always felt I had “something to do” for God, but it never jelled until I was introduced to the Association of Roman Catholic Priests. The mission is right in front of us and I have a strong sense there is a little ground shaking under the feet of this ancient patriarchy. We have missed so many important voices from women of faith; this will and is changing. Given that, I am compelled to go forward to Holy Orders to propel Jesus’ Gospel of love and inclusion which has been stifled for too long. Women priests are a prophetic ordination, bringing peace and truth to every community served. May my ordination bring blessing and comfort to all I meet, and may Holy Orders of this like continue forever. 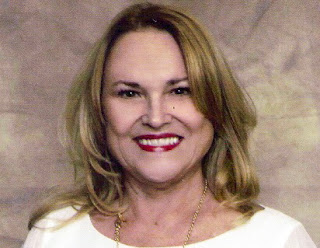 Shelley Gilchrist lives in DeLand, Florida and will be ordained a deacon in August, 2019 in Palm Coast.  Shelley is completing her ordination units through the People's Catholic Seminary and the reflection above is part of the course: Sacraments Yesterday, Today, and Tomorrow.
Posted by Bridget Mary Meehan at 7:17 AM