On day three of our pilgrimage we began the day with a trip to the St. Hildegard exhibit at the Museum am Strom, which is conveniently located right next door to our hotel.  This museum is packed with information regarding Hildegard's life, her writings, and her visions.  Inside the museum is a detailed exhibit of the Monastery of Disibodenberg included models of what it looked like in the 12th century and a model of the ruins today.  Pictures from our time at the ruins of Disibodenberg to follow in the next blog! 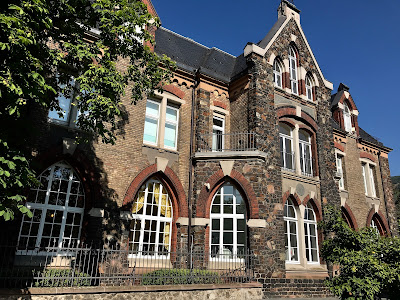 Entrance to the "Hilde-Garten" outside of the Museum am Strom. 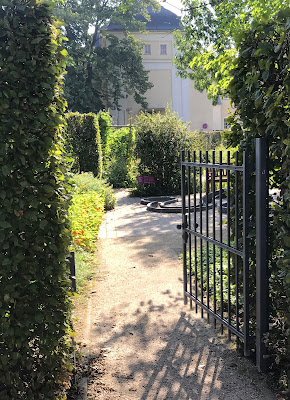 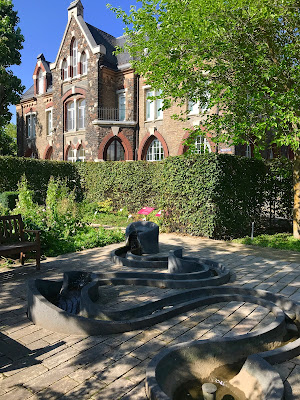 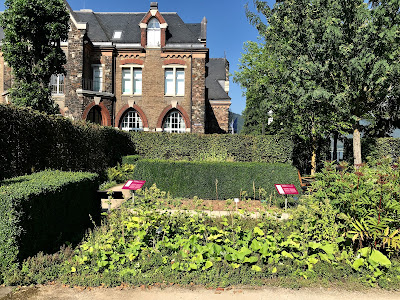 Model of the Monastery of Disibodenberg when it was operating. 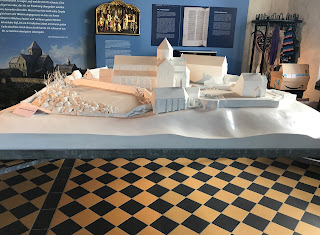 Deacon Shanon Sterringer standing at the model of the ruins of Disibodenberg. 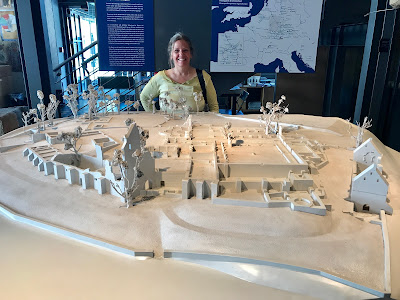 Depiction of Hildegard being handed over to Jutta von Sponheim at the age of eight years old to serve as an anchorite (or a recluse) at the male Benedictine Monastery of Disibodenberg. 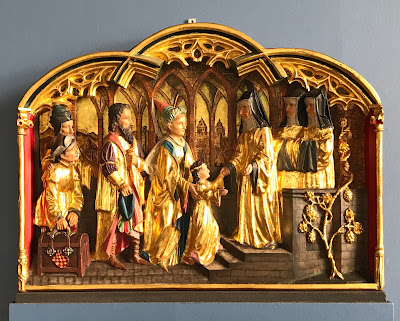 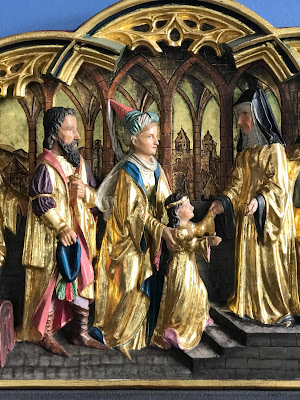 Various images of St. Hildegard from the exhibit. 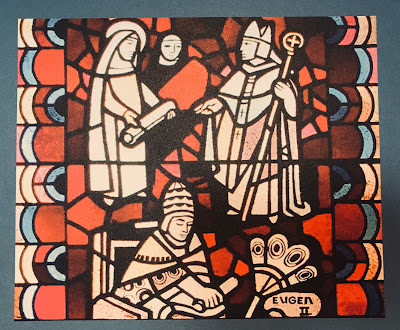 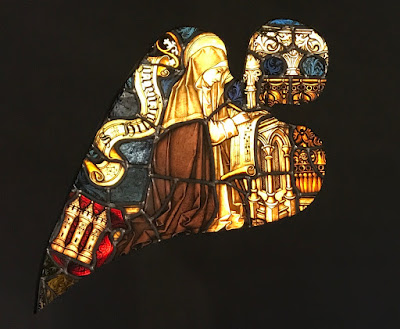 Bingen on the corner of the Rhine and Nahe Rivers. 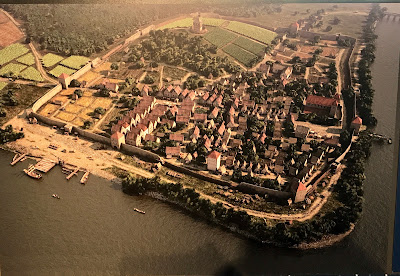 Generated image of what the chapel of St. Rupertsberg is believed to have looked like in its day.  It no longer exists.  All that is left of Rupertsbreg are a few underground cellars, two of which have been restored and are used for Hildegard events. 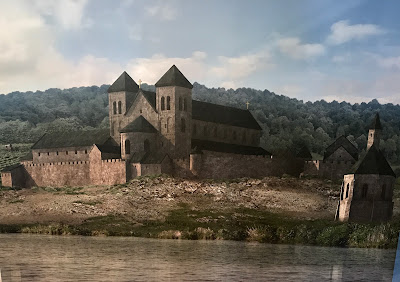 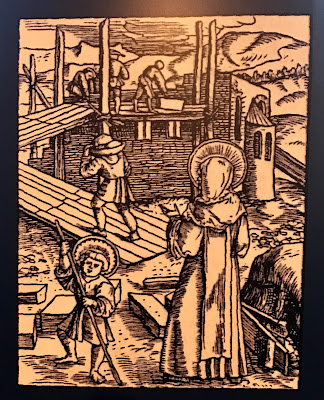 The following is an image of one of St. Hildegard's visions from Scivias 3:12 entitled, the Day of the Great Revelation (the final judgment). 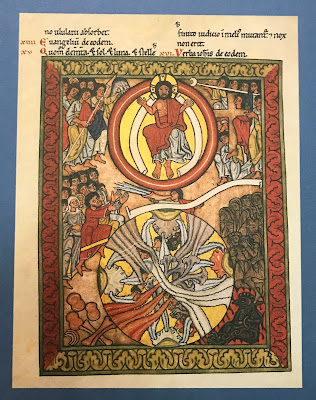 The following scenes depict Hildegard being anointed.  She suffered from chronic illness from the time she was a child and experienced several "near-death" experiences including one instance where she encountered a vision of St. Michael and his heavenly host informing her that her time to leave this world had not yet come because she still had much work to do.  She recovered from her illness and embarked on a series of preaching tours! 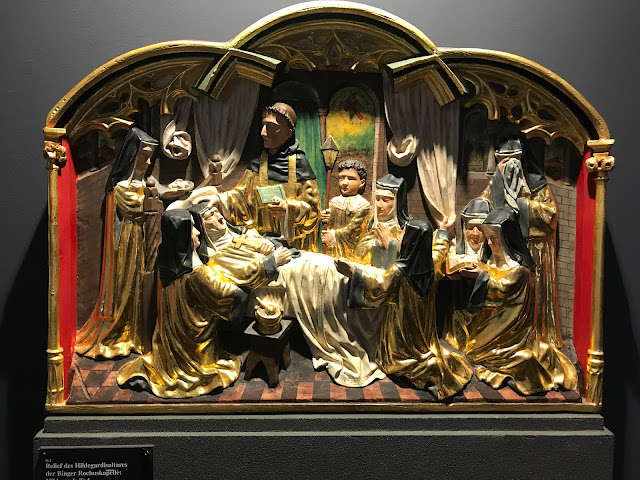 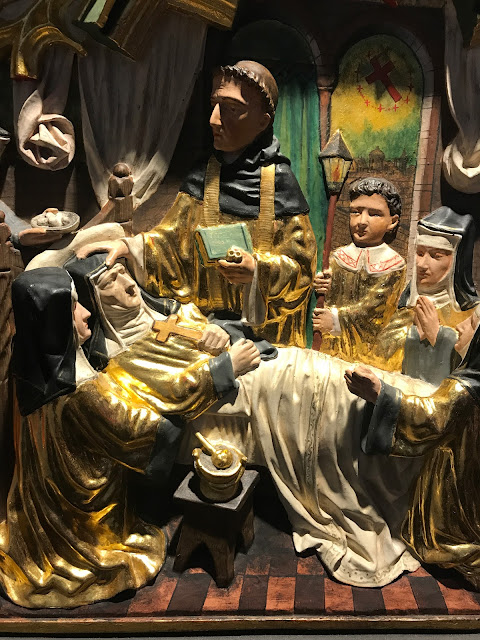 Statue of St. Hildegard in the Museum am Strom in the center of her illuminations. 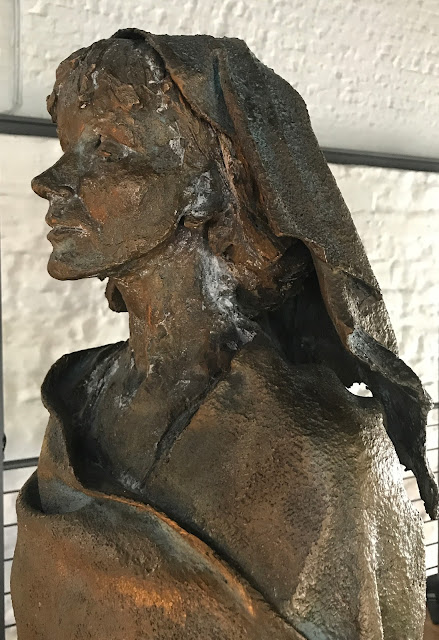 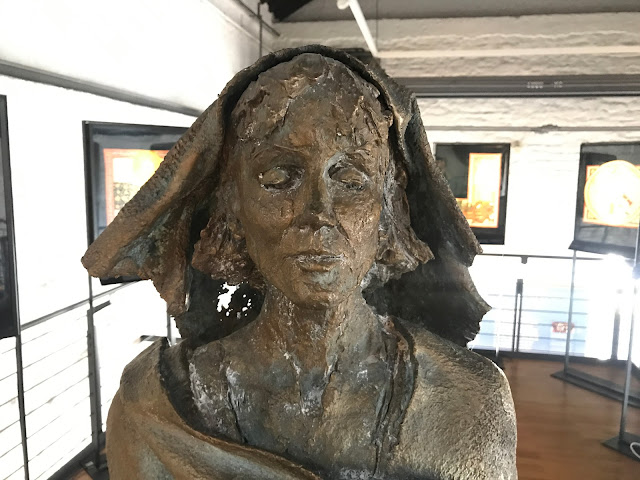 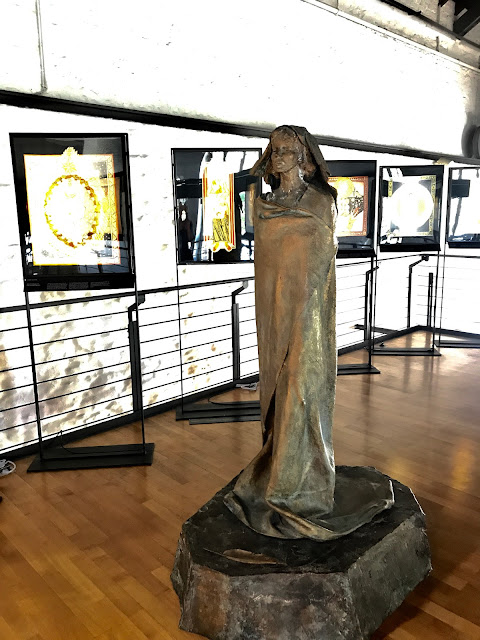 Posted by Bridget Mary Meehan at 7:42 AM