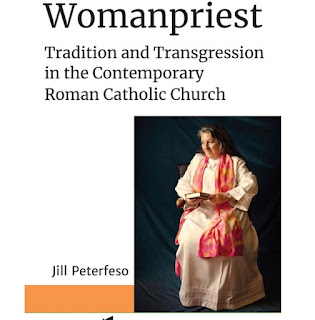 Kate wrote: "Cloudy storytelling also surrounds the 2010 split between RCWP and the Association of Roman Catholic Womenpriests, which the author earnestly tried to tease out, and yet repeatedly encountered a code of collegiality upheld publicly."

Jill Peterfeso did not  include a context or  update on the similarities and differences between RCWP-USA and ARCWP. Both organizations have the same vision of ordaining women in a renewed priestly ministry. Both RCWP-USA and ARCWP work together on joint projects to promote their common vision and mission. The major differences are that both organizations have unique models of governance  and preparation programs.

I appreciate Kate McElwee's article that both affirms the contribution of the international Roman Catholic Women Priests Movement, and raises raises important challenges ahead of sustainability for young women called to Orders who need to earn a living. "While priestly women will endure, and trained, capable, Catholic women will persist in ministry where the Spirit calls them, the lack of sustainable financial support often forces young women to another path."

"This living witness to the unbounded call, the limitless power of God, is one of the strongest theological arguments for women's ordination and these women courageously embody it...Community is also a central theme of womenpriests' ministries, both the element of a community calling forth a woman to lead and the radical inclusion of all people in RCWP sacraments and ritual. The healing and consolatory power of womenpriests, meeting the needs of the people of God, is equally one of the most compelling arguments for women's ordination.Today, womenpriests are not asking for permission from Rome and instead find strength in their theological acumen and their experiences of pastoring people and communities in all their beautiful complexities, which sounds refreshing and necessary."