I am delighted to see that  216 Catholic Scholars signed this Declaration.

Catholics today are aware that the people are the Church, not the hierarchy alone. They follow their consciences in disregarding rigid rules and teachings -such as the prohibitions against birth control and women priests- made by an all-male hierarchy, out of touch, with the people of God and the early Christian tradition. As Catholic scholars note, the  Spirit dwells in and speaks through the entire Church. Kudos to the John Wingaards and the Institute for blazing a path toward systemic change with this proposed new Constitution for the RC Church. 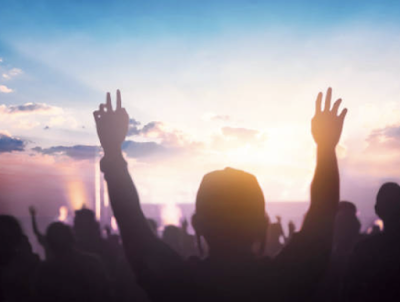 "Second Vatican Council stressed this notion again,  reiterating that all members of the People of God share in responsibility, and therefore in a measure of authority, for the whole community.

The word used for 'community' in Matthew's Greek Gospel is εκκλήσία - ecclesia in Latin - which soon became the common expression for a Christian community [= church]. εκκλήσία stood for 'the whole community', and more specifically: 'the community in full assembly'. In the hellenistic [= Greek] world of the Early Church, decisions made by an εκκλήσία were made democratically - another Greek word. It means that all members of the εκκλήσία had a vote in the assembly."Church" denoted not the hierarchy, nor an institution but the People of God. The Second Vatican Council stressed this notion again,  reiterating that all members of the People of God share in responsibility, and therefore in a measure of authority, for the whole community.

In 2015, on the occasion of the 50th anniversary of the Vatican Council, the Institute issued a declaration 'Catholic Scholars’ Declaration on Authority in the Church' that was signed by 216 Professors from more than 100 Catholic universities worldwide.  Work progressed and in 2022, we formulated a Constitution that should underpin Church law. It was elaborated with the help of an international work group of 26 experts and signed by 67 academics world wide.The full text of the Proposed Constitution is available here in English, German and Spanish."

From WINGAARDS INSTITUTE for Catholic Research

Posted by Bridget Mary Meehan at 8:09 AM