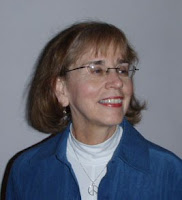 (If you read Part I last year, God as an old woman visited the pope. God took the pope’s shoes and pectoral cross.)

Joseph aka Benedict awakened to find a contingent of worried men buzzing around his bed. He saw his doctor with his stethoscope around his neck and a frown between his eyebrows, his lawyer with a stack of papers, Cardinal Levada and the Lord God, who put her fingers to her lips, winked, and whispered “Sssh.”

“How long have I been asleep?” Benedict asked.

“Well, I guess I was really tired, “Benedict replied. “Being pope is hard work.” He threw off the covers and sat on the edge of the bed.

“But Holy Father, you are unwell, “ the doctor said solicitously. “ We are concerned about your health. In addition, you seem to have lost your pec toral cross and your shoes. Do you recall where you put them?”

“No, I am not unwell. Never felt better in my life. As for the cross and the shoes, I don’t need either of them. What did Jesus wear? Certainly not a pectoral cross and certainly not red shoes. Would you please all leave so I can take a shower and get dressed. I have a lot of work to do.”

The men at arms left and stood whispering outside the door of his chamber, glancing nervously towards the door. God sat patiently in Benedict’s chair while he showered, shaved, and donned a clean while cassock. She didn’t get up when Benedict returned to his study. So Benedict stood waiting. “You know that the lot of them are talking about you, son. Eight y-two year s old, losing important possessions. You’re talking nonsense. Your actions are those of the aged who are losing their marbles. There will be a lot of meetings tonight and you won’t be a part of them. I want to give you fair warning. Be prepared.” Benedict nodded.

“Take a seat, my son,” SHE said, generously sweeping her arm towards the visitor’s chair. “ We have some more talking to do. Things in this church are a mess. We have many things to accomplish in the time allotted to you.” She leaned forward and looked at him with her piercingly bright green eyes. Never in his life had Benedict seen such eyes. He remembered his dream, and felt comforted.

“It wasn’t a dream,” she said pointedly. “It happened. Just remember, your thoughts are not my thoughts and your ways20are certainly not Mine.” She shut him up with a gesture when he tried to speak. “You already talk too much. Just listen.”

“Today, we are going to talk about sex. In fact, we are going to have what Americans call a discussion about the ‘birds and the bees,’ a discussion you obviously missed since you excused yourself from life in my world at age 13.” Benedict blinked. “Yes,” she said, “Sex. The act. Why I created it. Why is isn’t bad for anyone unless it is misused. Then I will listen to your side of the story, although I already know it. But before we start, let’s get one thing straight. There will be no more canonizations of married couples who refrained from having sex for thirty years. Did you ever think that they might not have liked one another? Besides, there are lots of really good candidates for sainthood. The last time I looked, Oscar Romero had hundreds of miracles attributed to him. Dorothy Day is another. And my children Oscar and Dorothy did something really neat. They actually preached and lived the gospel. ”
=0 A

Benedict’s chest began to burn. Perhaps the doctors are right. Perhaps there really was something wrong with him and he needed to confess fast. He looked at God who now sat before him as a young woman with black curly hair. She was dressed in a navy blue business suit and held a lap top computer on her lap. She smiled reassuringly as she met his eyes with her deep green eyes. “Don’t worry. It’s the seal I put on your heart. It will burn whenever I am with you.”

God removed her jacket, revealing strong muscular arms. Benedict stared at the bare arms and God’s curly black hair. “ There will be no Vatican chador for ME, my son. You all expected my daughter Michelle to cover up the arms which perform the most stre nuous job in the world, cradling children. Mine cradle the world. You need to look at them. You need to see the body parts women use to care for the world.” God flexed HER considerable muscles. “There is also nothing so wrong with women’s arms or faces or their hair that they need to be covered in your presence. In fact, your head doesn’t need to be covered either. You only need a hat when it’s cold.” God reached over and plucked his papal beanie from his head. Benedict could only blink.

“ I’m sorry about this,” she continued. “It would be easier to talk about sex with an old, wizened woman. But I have no intention of making this conversation easy for you. As I told you, I will require all of you, even your most dearly held beliefs. You need to listen to the stories you have refused to heed. Since you won’t listen to flesh and blood women, perhaps you will listen the Lord God Almighty, Creator of heaven and earth. It is imperative that you discern the difference between sex as love and sex as sin because you mess up people s lives. Sin and love are very different concepts. Nuance is required. You and your guys went after sex with the wrecking ball when a paint-by-number paintbrush was required.”

Benedict looked at the computer in God’s Lap and saw the women he had met in what he thought was a dream. 0A tropical island with warm gentle breezes surrounded by a turquoise sea generally fits many people’s perception of heaven,” God said. “But, heaven, as you know son, is a state, not a place. For convenience’s sake, let us say that these women are in heaven, living a life denied them while on earth. But heaven is even better than what you are seeing.”

God announced to him as he stared intently at the computer screen, “Behold, I bring you the sins of sex.”

Benedict saw a group of six healthy teenaged girls playing volleyball on the beach. Their strong arms hit the ball back and forth over the net. Their voices were raised in happy laughter, their white teeth flashing in the sunshine. The girls stopped playing to talk to him via a web cam.

“We history’s child brides,” they said in unison, “Sold to men too old, too violent, and too=2 0mean-spirited to be husbands. We were sold for a pig or a cow or a kingdom – which priests of the church blessed. Our bodies were torn in marriage acts that were more rape than sacrament. We died from beatings, from over-work, from too frequent child bearing, and from starvation. Many of our children peris hed as well since we could never find enough food for them. And we were told it was God’s will. You, yourself, called what happened to us ‘conjugal love’ and ‘God’s pla n.’”

As God hastily blotted up her tears from the keyboard with a tissue from HER handbag, another group of women broke away from the crowd to talk to him. Toddlers, kindergartners, schoolgirls and women of different ages stood together on the white sand holding hands. “We are women who have suffered and died because of genital mutilation. Girls as young as ‘Me,’ the tiny one announced, have had their labia ripped off unhygienically, without anesthesia. Not only were sexual relations a terror, and childbirth a nightmare of pain, we could never use the bathroom as intact women do. We died from infection, from chronic ill health, from chronic pain.” A teenager stepped forward with a broken soda bottle in her ha nd. “This was the instrument of my torture. Genital mutilation was supposed to make and keep us pure. It made and kept us sick. Be careful of how you use the word ‘pure.’”

Benedict thought he would vomit, but God nodded encouragingly, bright tears sparkling on HER eyelashes and running down HER cheeks. “I’m sorry. There’s more, much more.”

Benedict could see that there were hundreds of women on the beach, sorting themselves into groups. The women sold as slaves. Women abused in marriage. Women denied an education. Women tortured and executed as witches. Women murdered by their male relatives to avenge the honor of their families.

Another, very, very large group of women gathered on the bea ch to talk. “We are women who died in childbirth. We are fourteen, twenty-four, thirty-four, forty-four. It was our job, our destiny, the will of God that we bring life into the world at our peril, even when child bearing meant certain death. We laugh at your suggestion that we use ‘natural birth control’ to plan our children when you have given men power over us. This power killed us. Our babies died. Our living children died because there was no one to care for them. Our lives were not our own. Our bodies were not our own. We were told that God wanted this of us. We gave our bodies, our souls, and our minds for others.” Even in heaven, the women cried, weeping and wailing for their children, for their lives as children that had been lost, lost.

God, HERSELF, was sobbing, great shuddering wails that seemed to make his chamber walls reverberate. Benedict looked at the door nervously, waiting for his attendants to burst back in. “Even now, my son, this death goes on and on and20on. You have rendered anatomy as, what did my son Sigmund Freud say? Destiny. There is only one destiny – to love your neighbor as yourself. What more can I say than that? What more can I do to explain what is required of one who will follow me and do MY will?”

Three men entered the pope’s chamber without knocking. “Holy Father,” Cardinal Levada gasped, “We heard loud noises. Are you well?” Cardinal Levada looked at the young woman with the bare arms sitting in the pope’s chair with a frown. He strode towards her, demanding to know her name and how she came to be speaking with the pope without an appointment. God stood up to HER very considerable height.

Cardinal Levada found himself looking up at a very tall young woman with piercing green eyes and black curly hair. “My name,” SHE said, “Is Ms. Devine. And yours?” she peremptorily asked the shocked cardinal in the black cassock with the red piping and the pectoral cross. Cardinal Levada began to lift his hand with his episcopal ring. Thi nking better of it, he let his arm drop to his side.

“I’m Cardinal William Levada, the prefect of the Congregation for the Propagation of the Faith,” he answered weakly. “And, Ms. Devine,” he told her, “You really can’t be here with the Holy Father.”

“I,” she said rather pointedly, “ Can be wherever I want to be. And you, William,” she said grabbing him by his shoulders and turning him towards the door, can leave while I speak with Josef. I am far from finished.”

William walked out of the door without looking back. Both of his shoulders felt warm where SHE had touched him. In fact, William felt positively glowing. The other men bowed as he walked by. “Your Eminence, did you learn what was causing those loud sounds in the pope’s chambers?”

“Yes,” His Eminence said almost dreamily. “There’ s a half naked young20woman in there with the Holy Father.”

The men merely shrugged and walked on. Men in Vatican City preserve their positions by keeping their mouths shut and their eyes averted.