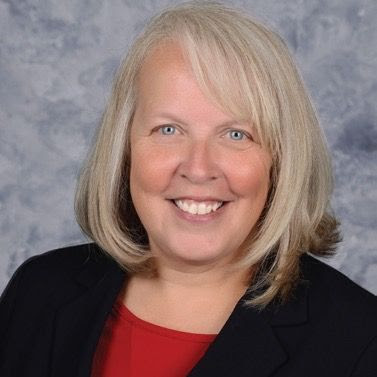 When Kathleen O'Connell Sauline came forward for Communion at St. Luke Parish in Boardman, Ohio, the priest placed a cloth over the bread and said he could not give her the Eucharist. Likewise, a deacon refused to give her the consecrated wine from the chalice.
The longtime parishioner and parish volunteer had been expecting it.
Eight days earlier, Sauline had been ordained a deacon through the Association of Roman Catholic Women Priests, which is part of the international Roman Catholic women priests movement. The Vatican considers the ordinations illicit and has said that the women priests and deacons incur automatic excommunication.
When refused the sacrament at Mass on July 8, Sauline replied to the priest and deacon that she was hungry and thirsty "for that which Jesus called us to share," then moved toward the center of the church and waited with her hands open. Later, a lay Eucharistic minister gave her Communion, she said.
The priest, Fr. Zachary Coulter, who was ordained last year, is one of two sacramental ministers at the parish. Sauline said Coulter knew she was pursuing ordination and had earlier tried to talk her out of it.
Her response to him, "This is the church in which I raised my daughters and in which I belong. Nothing you say can exclude me from this church," recalled Sauline, who has been a member of St. Luke's for 11 years but recently moved to another city.
Coulter and other members of the parish staff declined to speak with NCR.
Msgr. John Zuraw, chancellor for the Youngstown diocese, said the diocese is trying to follow the church's laws about the "simulated ordination." Although excommunication is automatic, it can only happen if the person's conscience is well formed on the issue, he said.
"Before any kind of penalty or sanctions are issued, an individual has a right to come forth and discuss the matter," Zuraw said, adding that the diocese has issued such an invitation to Sauline via letter. "I think it's important that the individual realizes the ramifications and the seriousness of what has occurred."

But Association of Roman Catholic Women Priests Bishop Mary Eileen Collingwood said the women who are ordained are fully aware of the ramifications, and that refusal of the sacraments, such as Eucharist, is "not uncommon." Some women priests have been banned from having Catholic funerals or burial in a Catholic cemetery, she said.
"It's another way of saying they are outside the fold," said Collingwood, who received a letter of excommunication from the Cleveland Diocese two weeks after her ordination to the priesthood four years ago.
Collingwood said "many" priests give Eucharist to ordained women, but that younger priests are more likely to deny them. She believes Sauline decided to make a "prophetic witness" by attempting to receive the Eucharist after her ordination had been made public in the local newspaper and on social media.
"The Spirit was moving her to push the envelope," Collingwood said. "She was hoping that at her longtime parish, they would be more accepting. But they all proved to be 'company men.' "
The possibility of "confusion" or "scandal" among the parish community is one of the diocese's concerns, said Zuraw.
But parishioners instead were "shocked" by the priest's actions, said Theresa Marx-Armile, who has belonged to the parish since 1998. "I find it very upsetting," said Marx-Armile, who was not in attendance at that particular Mass. "I am truly saddened that this would happen at St. Luke's."
Zuraw said the church is not free to change the substance of the sacraments, such as holy orders, because they reflect the historical reality of Jesus. "The church is talking about a teaching, not a law or rule," he said.
Collingwood and the women priests group sees it as a man-made law that can be changed. "We are defying an unjust law," she said.
In 2016, Pope Francis created a commission to study the history of women deacons in the church, but the group recently declined to advise the pope on whether to reinstitute the practice of ordaining women as deacons.
Sauline believes the ban on women's ordination is problematic, especially for young Catholics. "The church's standing on social justice issues is hindered by lack of social justice in its ranks," she said.
But her three young adult daughters, she is proud to say, are all active, practicing Catholics. And they all encouraged her to follow her call.
"I'm proud of her for standing up for both what she thinks is right and what she thinks she's being called by God to do," Janet Sauline Russo of Fairview Park, Ohio, said of her mother. "That's not the easy path."
Nor should women be denied Eucharist for following their conscience, since Jesus dined with sinners, including Judas, said Mary Sauline of Arlington Heights, Illinois. "None of us is worthy to receive Eucharist, but we get it anyway," she said. "It's food, not a competition or something we get because we've earned it."
Even if her mother is excommunicated, Grace Sauline of Cleveland Heights, Ohio, will stick with the church.
"We're going to continue to be part of this faith and church that Jesus gave us," she said. "The way we were raised, it was never an all-or-nothing kind of faith. We can question."
Because Sauline's husband recently suffered a stroke, she plans to return to full-time employment as a school administrator and will serve as a deacon at the Community of St. Bridget in Breckville, Ohio, a lay-led eucharistic community served by Roman Catholic women priests. She also will minister as a tutor at the Thea Bowman Center in Cleveland.
She hopes that her 2-year-old granddaughter will grow up in a church that is different.
"I love my church, but it has to evolve and welcome women in leadership," she said. "A lot of people think this is foolish: If we could have a deacon who happens to be a woman, why not?"
[Heidi Schlumpf is NCR national correspondent. Her email address is hschlumpf@ncronline.org. Follow her on Twitter @HeidiSchlumpf.]

Posted by Bridget Mary Meehan at 11:30 AM