"I pretended it didn't happen": Nuns Report Abuse by Priests, by By NICOLE WINFIELD and RODNEY MUHUMUZA | Associated Press 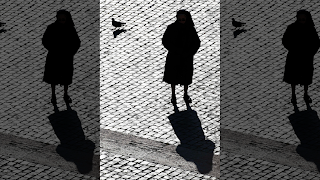 My Response: This is another horrific example of the tragic consequences of the Vatican's long history of misogyny and disregard for women as sacred, equal images of divinity. It makes you want to cry for the suffering of these holy women and at the same time to continue to work passionately for justice, equality and transformation of patriarchal structures in the Church. Bridget Mary Meehan ARCWP, https://arcwp.org, sofiabmm@aol.com, 703-505-0004
“It opened a great wound inside of me,” she told the Associated Press. “I pretended it didn’t happen.” After decades of silence, the nun is one of a handful worldwide to come forward recently on an issue that the Catholic Church has yet to come to terms with: The sexual abuse of religious sisters by priests and bishops. An AP examination has found that cases have emerged in Europe, Africa, South America and Asia, demonstrating that the problem is global and pervasive, thanks to the tradition of sisters’ second-class status in the Catholic Church and their ingrained subservience to the men who run it.
"Victims are reluctant to report the abuse because of well-founded fears they won’t be believed, experts told the AP. Church leaders are reluctant to acknowledge that some priests and bishops simply ignore their vows of celibacy, knowing that their secrets will be kept.
"However, this week, about half a dozen sisters in a small religious congregation in Chile went public on national television with their stories of abuse by priests and other nuns — and how their superiors did nothing to stop it. A nun in India recently filed a formal police complaint accusing a bishop of rape, something that would have been unthinkable even a year ago.
"Cases in Africa have come up periodically; in 2013, for example, a well-known priest in Uganda wrote a letter to his superiors that mentioned “priests romantically involved with religious sisters” — for which he was promptly suspended from the church until he apologized in May. And the sister in Europe spoke to the AP to help bring the issue to light.
“I am so sad that it took so long for this to come into the open, because there were reports long ago,” Karlijn Demasure, one of the church’s leading experts on clergy sexual abuse and abuse of power, told the AP in an interview. “I hope that now actions will be taken to take care of the victims and put an end to this kind of abuse.”
"The Vatican declined to comment on what measures, if any, it has taken to assess the scope of the problem globally, what it has done to punish offenders and care for the victims. A Vatican official said it is up to local church leaders to sanction priests who sexually abuse sisters, but that often such crimes go unpunished both in civil and canonical courts." [In other words, they wash their hands of priests' predation on women who are formally subordinated to them through the church's structure (which bans any kind of female authority not superintended by men, including female priesthood.]
The official, who spoke on condition of anonymity because he wasn’t authorized to speak to the issue, said only some cases arrive at the Holy See for investigation. It was a reference to the fact that the Catholic Church has no clear measures in place to investigate and punish bishops who themselves abuse or allow abusers to remain in their ranks — a legal loophole that has recently been highlighted by the McCarrick case.
"The official said the church has focused much of its attention recently on protecting children, but that vulnerable adults “deserve the same protection.” “Consecrated women have to be encouraged to speak up when they are molested,” the official told the AP. “Bishops have to be encouraged to take them seriously, and make sure the priests are punished if guilty.”
"But being taken seriously is often the toughest obstacle for sisters who are sexually abused, said Demasure, until recently executive director of the church’s Center for Child Protection at the Pontifical Gregorian University, the church’s leading think tank on the issue. “They (the priests) can always say ‘she wanted it,’” Demasure said. “It is also difficult to get rid of the opinion that it is always the woman who seduces the man, and not vice versa.”...."But the fact that in just a few weeks scandals of priests allegedly molesting sisters have erupted publicly on two other continents — Asia and Latin America — suggests that the problem is not confined to Africa, and that some women are now willing to break the taboo to denounce it publicly.
"In India, a sister of the Missionaries of Jesus filed a police report last month alleging a bishop raped her in May 2014 during a visit to the heavily Christian state of Kerala, and that he subsequently sexually abused her around a dozen more times over the following two years, Indian media have reported. The bishop denied the accusation and said the woman was retaliating against him for having taken disciplinary action against her for her own sexual misdeeds.
"In Chile, the scandal of the Sisters of the Good Samaritan, an order dedicated to health care in the diocese of Talca, erupted at the same time the country’s entire Catholic hierarchy has been under fire for decades of sex abuse and cover-ups. The scandal got so bad that in May, Francis summoned all Chilean bishops to Rome, where they all offered to resign en masse.
"The case, exposed by the Chilean state broadcaster, involves accusations of priests fondling and kissing nuns, including while naked, and some religious sisters sexually abusing younger ones. The victims said they told their mother superior, but that she did nothing. Talca’s new temporary bishop has vowed to find justice.
"The Vatican is well aware that religious sisters have long been particularly vulnerable to abuse."

APNEWS.COM
Vatican meets #MeToo: Nuns denounce their abuse by priests
VATICAN CITY (AP) — The nun no longer goes to confession regularly, after an Italian priest forced himself on her while she was at her most vulnerable: recounting her sins to him
Posted by Bridget Mary Meehan at 8:38 AM