James Carroll: "Abolish the Priesthood: Clericalism, with its cult of secrecy, its theological misogyny, and its hierarchical power, is at the root of Roman Catholic dysfunction" Needed a Renewed Model of Egalitarian Ministry 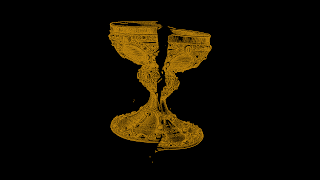 My Response: James Carroll articulates a major reform in response to the sexual abuse scandal- abolish the clerical medieval cult of priesthood and take back the Church as a community of faith. I agree that the priesthood is about service, not clerical power. We definitely need a new theology of priesthood.

Our international Roman Catholic Women Priests Movement is a bridge between the old and the new. While we have come from the old model, we are creating a new paradigm of equality and justice by ordaining women to serve   inclusive communities of equals where all celebrate sacraments. This liberating  and empowering model has the potential to renew the role of the community of faith  as we  embrace contemporary theology and reject clericalism. In this model, there are ordained and non-ordained presiders who facilitate liturgical prayer, but, in our liturgies, the gathered assembly celebrates Eucharist and the other sacraments. Bridget Mary Meehan ARCWP, https://arcwp.org

“The Murder of a Soul”

To feel relief at my mother’s being dead was once unthinkable, but then the news came from Ireland. It would have crushed her. An immigrant’s daughter, my mother lived with an eye cast back to the old country, the land against which she measured every virtue. Ireland was heaven to her, and the Catholic Church was heaven’s choir. Then came the Ryan Report.
Not long before The Boston Globe began publishing its series on predator priests, in 2002—the “Spotlight” series that became a movie of the same name—the government of Ireland established a commission, ultimately chaired by Judge Sean Ryan, to investigate accounts and rumors of child abuse in Ireland’s residential institutions for children, nearly all of which were run by the Catholic Church.

In August 2018, Pope Francis made a much publicized visit to Ireland. His timing could not have been worse. Just then, a second wave of the Catholic sex-abuse scandal was breaking. In Germany, a leaked bishops’ investigation revealed that from 1946 to 2014, 1,670 clergy had assaulted 3,677 children. Civil authorities in other nations were launching investigations, moving aggressively to preempt the Church. In the United States, also in 2018, a Pennsylvania grand jury alleged that over the course of 70 years, more than 1,000 children had been abused by more than 300 priests across the state. Church authorities had successfully silenced the victims, deflected law enforcement, and shielded the predators. The Pennsylvania report was widely taken to be a conclusive adjudication, but grand-jury findings are not verdicts. Still, this record of testimony and investigation was staggering. The charges told of a ring of pedophile priests who gave many of their young targets the gift of a gold cross to wear, so that the other predator priests could recognize an initiated child who would not resist an overture. “This is the murder of a soul,” said one victim who testified before the grand jury.The Ryan Commission published its 2,600-page report in 2009. Despite government inspections and supervision, Catholic clergy had, across decades, violently tormented thousands of children. The report found that children held in orphanages and reformatory schools were treated no better than slaves—in some cases, sex slaves. Rape and molestation of boys were “endemic.” Other reports were issued about other institutions, including parish churches and schools, and homes for unwed mothers—the notorious “Magdalene Laundries,” where girls and women were condemned to lives of coercive servitude. The ignominy of these institutions was laid out in plays and documentary films, and in Philomena, the movie starring Judi Dench, which was based on a true story. The homes-for-women scandal climaxed in 2017, when a government report revealed that from 1925 to 1961, at the Bon Secours Mother and Baby Home, in Tuam, County Galway, babies who died—nearly 800 of them—were routinely disposed of in mass graves or sewage pits. Not only priests had behaved despicably. So had nuns.
Attorneys general in at least 15 other states announced the opening of investigations into Church crimes, and the U.S. Department of Justice followed suit. Soon, in several states, teams of law-enforcement agents armed with search warrants burst into diocesan offices and secured records. The Texas Rangers raided the offices of the Archdiocese of Galveston-Houston, which was presided over by Cardinal Daniel DiNardo, the president of the U.S. Conference of Catholic Bishops. DiNardo had been presented by the Church as the new face of accountability and transparency when he came to Galveston-Houston in 2004. The rangers seized an archive of abuse—boxes of sex-allegation files along with computers, including DiNardo’s. The cardinal was accused of protecting a particularly egregious predator priest.


Read: The ‘Spotlight’ effect: This church scandal was revealed by outsiders
These and other investigations will produce an avalanche of scandal for years to come. As all of this was unfolding, Pope Francis responded with a meek call for a four-day meeting of senior bishops, to be held in Rome under the rubric “The Protection of Minors in the Church.” This was like putting Mafia chieftains in charge of a crime commission.
Before, during, and after his trip to Ireland, Francis had expressed, as he put it, “shame and sorrow.” But he showed no sign of understanding the need for the Church to significantly reform itself or to undertake acts of true penance.

One of the astonishments of Pope Francis’s Irish pilgrimage was his claim, made to reporters during his return trip to Rome, that until then he had known nothing of the Magdalene Laundries or their scandals: “I had never heard of these mothers—they call it the laundromat of women, where an unwed woman is pregnant and goes into these hospitals.” Never heard of these mothers? When I read that, I said to myself: A lie. Pope Francis is lying. He may not have been lying—he may merely have been ignorant. But to be uninformed about the long-simmering Magdalene scandal was just as bad.

As I read the pope’s words, a taut wire in me snapped. The wire had begun to stretch a quarter of a century ago, when I was starting out as a Boston Globe columnist. Twenty years earlier, I had been a Catholic priest, preoccupied with war, social justice, and religious reform—questions that defined my work for the Globe. One of my first columns, published in September 1992, was a reflection on the child-sex-abuse crimes of a Massachusetts priest named James Porter. I argued that Porter’s predation had been enabled by the Church’s broader culture of priest-protecting silence. Responding to earlier Globe stories about Porter, an infuriated Cardinal Bernard Law, the archbishop of Boston, had hurled an anathema that seemed to come from the Middle Ages: “We call down God’s power on the media, particularly the Globe.” It took a decade, but God’s power eventually came down on Law himself..."

The Trappings of Empire ...

The virtues of the Catholic faith have been obvious to me my whole life. The world is better for those virtues, and I cherish the countless men and women who bring the faith alive. The Catholic Church is a worldwide community of well over 1 billion people. North and South, rich and poor, intellectual and illiterate—it is the only institution that crosses all such borders on anything like this scale. As James Joyce wrote in Finnegans Wake, Catholic means “Here Comes Everybody.” Around the world there are more than 200,000 Catholic schools and nearly 40,000 Catholic hospitals and health-care facilities, mostly in developing countries. The Church is the largest nongovernmental organization on the planet, through which selfless women and men care for the poor, teach the unlettered, heal the sick, and work to preserve minimal standards of the common good. The world needs the Church of these legions to be rational, historically minded, pluralistic, committed to peace, a champion of the equality of women, and a tribune of justice.

That is the Church many of us hoped might emerge from the Second Vatican Council, which convened in the nave of Saint Peter’s Basilica from 1962 to 1965. After the death, in 1958, of Pope Pius XII—and after 11 deadlocked ballots—a presumptive nonentity from Venice named Angelo Roncalli was elected pope, in effect to keep the Chair of Peter warm for the few years it might take one or another of the proper papal candidates to consolidate support. Roncalli—Pope John XXIII—instead launched a vast theological recasting of the Catholic imagination. Vatican II advanced numerous reforms of liturgy and theology, ranging from the jettisoning of the Latin Mass to the post-Holocaust affirmation of the integrity of Judaism. Decisively, the council defined the Church as the “People of God,” and located the clerical hierarchy within the community as servants, not above it as rulers. The declaration, though it would turn out to have little practical consequence for the clergy, was symbolized by liturgical reform that brought the altar down from on high, into the midst of the congregation.


Clericalism, with its cult of secrecy, its theological misogyny, and its hierarchical power, is at the root of Roman Catholic dysfunction..I was a teenager at the time, living with my family on a military base in Germany, but I paid close attention to the impression Pope John was making in Rome. He stopped his car as it passed the city’s main synagogue one Saturday and informally greeted the Jewish congregants who’d been milling about after services. He ordered the anti-Jewish adjective perfidious deleted from the Catholic liturgy. As the apostolic delegate to Turkey and Greece during World War II, he had supplied fake baptismal certificates to hundreds or perhaps thousands of Jews, aiding their escape; now, as pope, he met with a noted Jewish historian who had accused the Church—rightly—of complicity in Nazi anti-Semitism, and endorsed the historian’s work. In calling his council, Pope John had instructed organizers to put the Church’s relationship with the Jewish people high on the agenda—a result of his intimate experience of the Church’s failure to forthrightly defend the Jews during the Holocaust. When he received a Jewish delegation at the Vatican, he came down from his elevated platform to greet its members, saying, “I am Joseph, your brother”—a reference to the biblical Joseph greeting his long-lost family."

From October 1999: James Carroll on the Holocaust and the Catholic Church

Posted by Bridget Mary Meehan at 8:46 AM