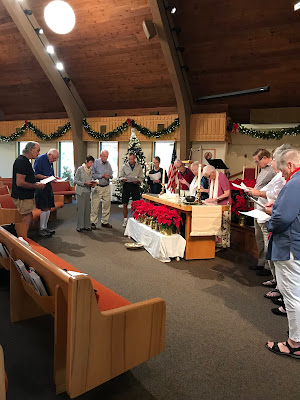 My response: Revelation is ongoing. The Spirit is always guiding and moving us towards deeper love, gender equality, inclusivity and justice.  As Mary Hunt comments on Pope Francis' dithering about women as a lost opportunity:"Women's ordination would signify intellectual and spiritual acceptance of gender equality and the end of centuries of discrimination."
As she notes, women are already serving the people of God without official Church affirmation in diaconal ministry.
It is time for the popes and bishops to stop blaming God for discrimination against women, affirm what is already the reality, and co-create a more inclusive church. Women and men are ministering as deacons, priests and bishops in our international Roman Catholic Women Priests Movement. We are ministering on the inside edge of the Church, serving inclusive Catholic faith communities. It looks like Pope Francis is not ready yet to embrace the change that is already taking place!  Bridget Mary Meehan https://arcwp.org