From 7 Women on the Danube to an International Movement of Roman Catholic Women Priests with over 300 Priests.

We serve those on the margins.  We stand in solidarity with all those who are working for justice in the church and the world.In our inclusive communities, all are welcome to receive sacraments.

The RCWP movement is transforming the male patriarchal model of church to a woman friendly partnership model approach that is rooted in Jesus’s example.

Vatican scholars find no grounds for excluding women from ordination.

Popes continue to exclude women from priesthood.  There is a wave of women living in prophetic obedience to the Spirit as we disregard an unjust man made papal law that prohibits women’s ordination.  RCWP are saying canon law doesn’t make sense.

Women have already been providing pastoral care in the Catholic Church throughout time all the way back to the early church.

The mission of Roman Catholic Women Priests is to stand firmly within the RC tradition yet push the envelope and make change from the edge of the inside.

I am so grateful for the Argentine Bishop who was brave enough to ordain the original seven on the Danube.

RCWP women priests are pioneers just as those women who stood for the vote many years ago. The Spirit calls whom she will to the priesthood.

We want to change the way people think. There are many who question church doctrine that excludes women from the priesthood.  More and more evidence in Art and Writings rediscovered in our time, as well as in scripture, show that women were in leadership in the early church.

There are lots of inclusive communities within this amazing movement where everyone has a seat at the table and all are welcome.

These incredible Roman Catholic Women Priests defy the RC church in love, knowing that change must happen.  Women were clerics in the early church.  Let justice rise up in the RC church.  Women Priests are so needed. Women have a right to answer the call in service to the Divine.

I wholeheartedly reject the Pope’s Can.1379 and the excommunication with the greatest love for this man and the Roman Catholic Church.  I respectfully disagree.

Women are being called by the Holy Spirit.  I am one of them.  I trust my call and the Spirit of God who called me.  I love the video “God just called me, so ordain a lady”. It speaks to the call itself.  When that call comes it is clear and powerful.  I say “Yes!”

For millions “the time has come for a holy shake up that brings new life, creativity and equality to our church.” Bishop Bridget Mary Meehan

I will answer my call to become a Roman Catholic Woman Priest on August 27, 2022 at the Upper Room Inclusive Catholic Community in Albany, New York, US. 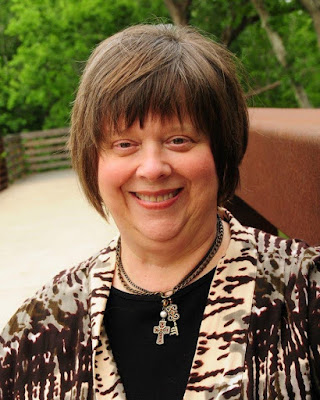 Posted by Bridget Mary Meehan at 6:00 AM