A CHURCH FOR OUR DAUGHTERS: WITNESS FOR WOMEN’S ORDINATION

A CHURCH FOR OUR DAUGHTERS:  WITNESS FOR WOMEN’S ORDINATION 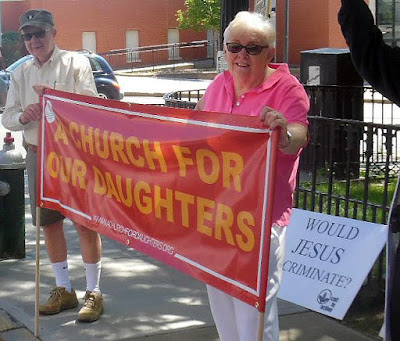 Call to Action -Capital District, a progressive Roman Catholic community that educates, inspires and activates Catholics to act for justice and build inclusive communities, held a witness for Women’s Ordination on Saturday, June 18th at 10AM across from the Cathedral of the Immaculate Conception, corner of Madison and Eagle Street, Albany.   This witness was before the 11AM ordination service at the Cathedral for four priests by the Roman Catholic Diocese. 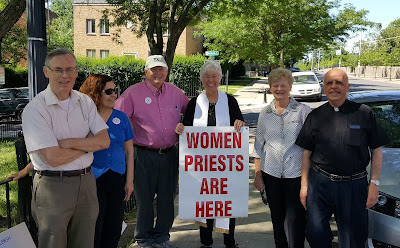 Catholic men and women join to ask the Diocese of Albany to build “A Church for Our Daughters”.

The witness is a prophetic call for the Catholic Church to fully recognize the gifts of women in the Church and reverse the refusal of the Church to recognize the movement of the Holy Spirit in leading both men and women to priestly ordination.  This refusal has contributed to the sharp increase in the number of young Catholic women who have recently left the Church. 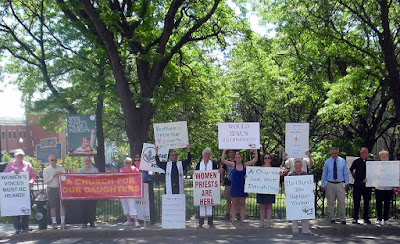 In light of Pope Francis’ recent call to study whether women could be ordained as deacons, we call on the Albany Diocese to open up a dialogue with laity and clergy to discuss women’s roles in the Church including priestly ordination.   This is consistent with the spirit of Pope Francis’ papacy of opening up the Church and the Vatican II ecumenical council which envisioned the Church as the People of God. 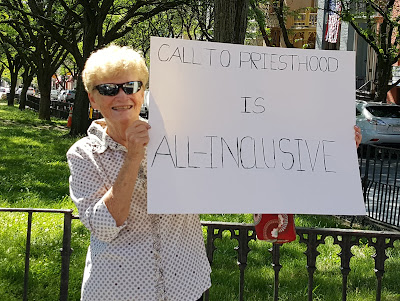 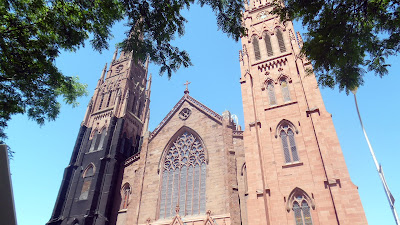 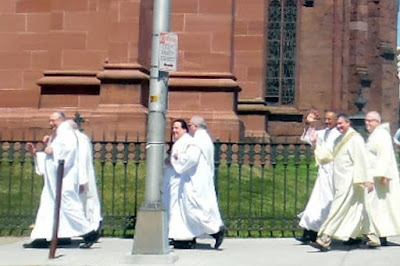 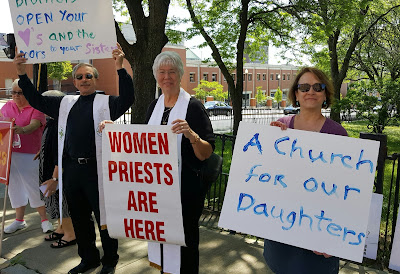 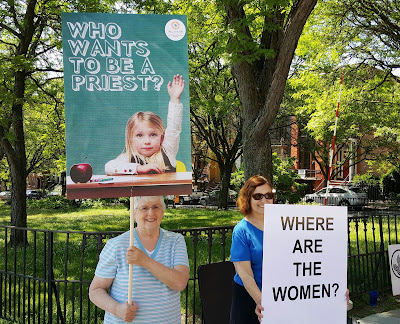