Pope Francis Critiques Capitalism and a Society that Discards the Poor

"When capitalism makes the seeking of profit its only purpose, it runs the risk of becoming an idolatrous framework, a form of worship,” he said. “The principal ethical dilemma of this capitalism is the creation of discarded people, then trying to hide them or make sure they are no longer seen,” the Pope continued. “A serious form of poverty in a civilization is when it is no longer able to see its poor, who are first discarded and then hidden.” 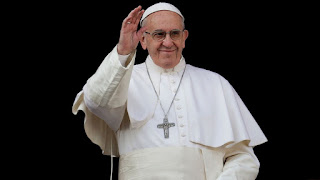 "Beyond the fine points over the nature of sovereignty, the limits of papal authority, and so on, perhaps one key lesson is this: Just how determined Pope Francis can be when he wants reform, especially when it’s a question of his core vision of a “poor Church for the poor.”
https://cruxnow.com/commentary/2017/02/05/knights-malta-might-papal-axe-fall-next/

Francis believes the US bishops are addressing the refugee ban and crisis
http://angelusnews.com/articles/pope-be-more-than-a-mannequin-when-it-comes-to-helping-refugees

Francis on Chinese prisoners forced to give their organs...


https://www.theguardian.com/world/2017/feb/06/vatican-defends-inviting-chinese-ex-minister-huang-jiefu-to-organ-trafficking-talks
Posted by Bridget Mary Meehan at 11:57 AM