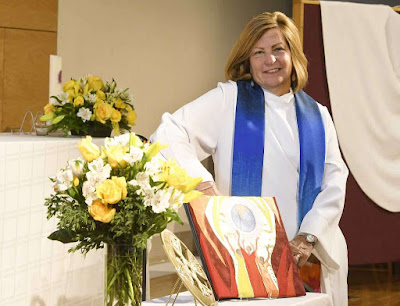 They were gathered to witness Lynn Kinlan's ordination as a priest within the Association of Roman Catholic Women Priests. Standing in a white robe with a colorful sash, she was described by Bishop Bridget Mary Meehan as "a woman on fire."

"We're leading the church into a new era where the full equality of women is a reality," Meehan said. "It's a reality because this movement is doing it right now. We are living it."
Kinlan joined five other women priests in the Capital Region who have been ordained within the ARCWP, which is one of several groups pushing for the ordination of more female priests around the world. In the Roman Catholic Church, only baptized men are able to achieve priesthood, which is why the ARCWP was excommunicated from the church and doesn't operate under the authority of the pope. Still, members of the ARCWP consider themselves Roman Catholics.
Since the first women priests were in ordained in 2002, Meehan said, there are now 264 Catholic women priests throughout 43 U.S. states, as well as Europe, Africa, Asia and South America.
The Roman Catholic Church continues to deal with deep, structural rifts over the leadership of Pope Francis, as well as ongoing scrutiny into the widespread sexual abuse scandals that continue to rock the church.
Kinlan, however, believes that creating a more inclusive, community-oriented environment in parishes will help bring the church into a new era.
"We just know that the church is ripe for reform right now, and we're trying to provide a bridge to a future where there's a little less clericalism and a little more equality of opportunity," Kinlan said. "
Meehan also said the movement for women in priesthood is part of larger "civil rights, gender rights" movements aimed at empowering women. She referenced the #metoo movement against sexual harassment and assault, saying "the church needs a #metoo movement."
"When the church baptizes baby boys and baby girls, and then says to that girl 'You don't have the same rights as a boy.' That's discrimination. That's sexual bias," Kinlan said.
For some raised within the Roman Catholic Church, however, the paradigm shift is the sign of a move back toward the original teachings of the religion.
"I was a practicing Roman Catholic in the traditional church, up until a few years ago. I taught religion in the class, raised my children in it," Mary Lynch, a professor at Albany Law School, said. "I feel that I am still a Roman Catholic, but just as Jesus led a new way of spirituality in his time, I believe this feels more like the social justice and inclusive (form) of Catholicism that I grew up with." 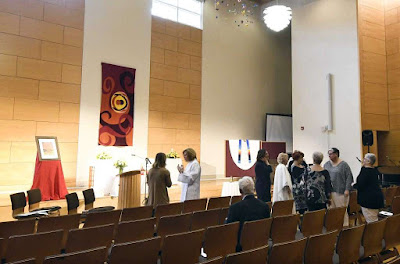