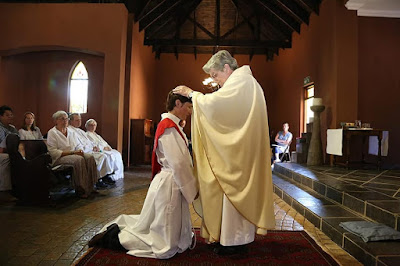 15 years ago, Patricia Fresen became the first validly ordained Roman Catholic Woman Priest of South Africa-simultaneously losing all legal contact with the congregation she served in, as well as the people she served. 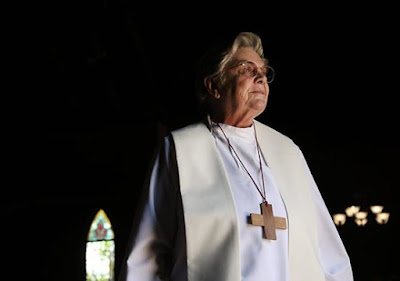 Believing she could talk her way through the clerical sexism that keeps women from being ordained, as well as understanding the journey her sisters took to break free of the unjust apartheid laws, her hopes were crushed as she experienced the strong back hand of our Roman hierarchy that demanded her superiors get her to recant, repent, and return as a sister servant within the Dominican tradition. 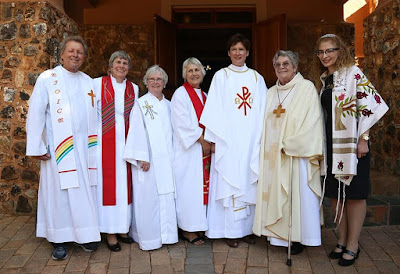 Unwilling to submit to these request because of a lifelong call to be a priest, she was summarily dismissed from her home for 45 years, and left for Germany to be with the other forerunners of the movement who cared for her and provided a livelihood. 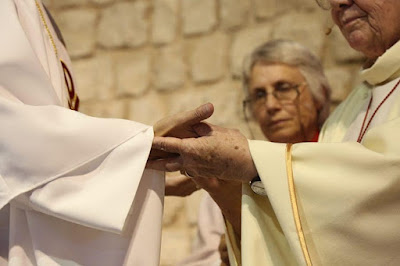 Fast forward 15 years and we find Patricia has returned, not only as a woman priest-but Bishop.  Through her hands and commissioning, Dianne Willman would become the first Woman Priest of Johannesburg. 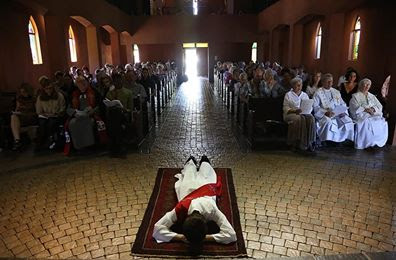 What a story is being written on the lines and waves of people who have invested in the church but not the hierarchical institution.  Joining Mary Ryan, ordained in 2014 and Ann Ralston, ordained 2016-in Cape Town-and now Johannesburg-this band of pioneers are sets out to gather at the far end of this continent, a renewed vision of God that will hold a people who will renew our church, making it a vessel of hope for many more to come. 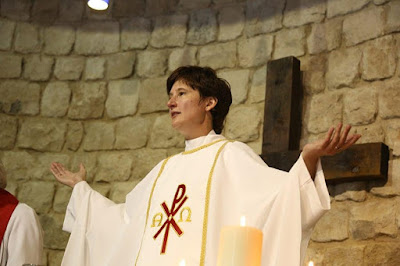 It was a privilege to join Caryl Johnson of Philadelphia, Roy Bourgeois of Columbus, GA and Jeannette Mulherin, a great supporter of Women's Ordination in the celebration of such a historic event.  All Roman Catholic Women Priests on every continent offer prayers and best wishes as they grow into a center of livelihood -new and renewed in a call that will bear much fruit.  Now that we have been released from the heavy arm of the hierarchy, we bend toward new beginnings-in openness and love, with a creative God as our guide. 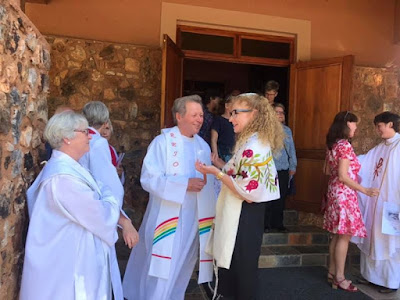 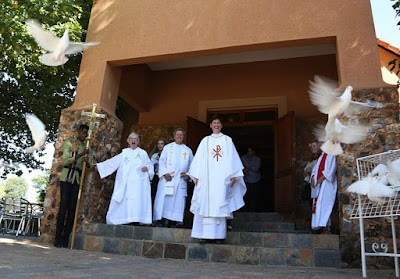 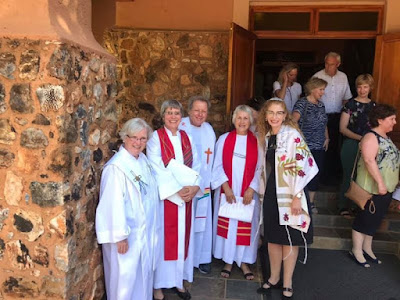