Nuns have suffered and are still suffering sexual abuse at the hands of Catholic priests and bishops, and have even been held as sexual slaves, Pope Francis confirmed on Tuesday. The abuse was so severe in one case that an entire congregation of nuns was dissolved by former Pope Benedict.
https://www.bbc.co.uk/news/world-europe-47134033 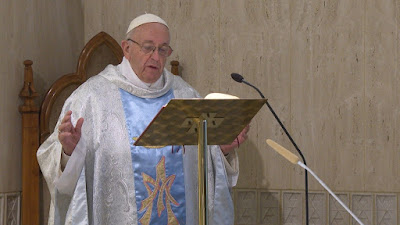 The scope of the abuse of nuns by clergy members first came to light with the publication at the beginning of February of the monthly Vatican magazine "Women Church World." The edition included Francis' own take on the scandal -- long known about by the Vatican but virtually never discussed -- in which he blamed the unchecked power wielded by priests and higher clergy across the Catholic Church for such crimes.
An Associated Press journalist who first reported on the scandal last year asked Pope Francis on his flight home from the Arabian Peninsula on Tuesday whether enough was being done by the Church hierarchy to address the problem.
The pontiff conceded that it was a problem and said more action was needed. He insisted the will to confront the abuse is there, and stressed that the problem is not new, and that the Church has been working to address it for some time.
"It's a path that we've been on. Pope Benedict had the courage to dissolve a female congregation which was at a certain level, because this slavery of women had entered it -- slavery, even to the point of sexual slavery -- on the part of clerics or the founder," the pope conceded.
The Vatican's new openness in discussing the abuse of nuns comes after years of revelations about clergy abusing children, mostly boys, in their congregations across the globe, and senior clergy members covering up those crimes.


On his last flight home from an international trip, just last week, Pope Francis warned that expectations for an upcoming landmark Vatican summit on clergy sexual abuse should be "deflated," as the problem was unlikely to be resolved through it.
The pontiff's move to lower expectations was likely a disappointment to many Catholics, particularly in the U.S. where the last year has seen a string of revelations about senior church leaders covering up abuse.