The Irish woman who exposed abuse of nuns by priests 25 years ago Report by Clare sister claimed such abuse took place in 22 countries, including Ireland, by Patsy McGarry, Irish Times

My Response: Kudos to Sr Maura O’Donoghue, a Medical Missionary of Mary from Kilfenora, in Co Clare, who courageously reported the story of the criminal acts of priests and bishops who sexually abused nuns. Yet, for over two decades the Vatican under 3 popes has failed to confront the clericalism at the root of this criminal behavior.  It is past time for genuine reform and transformation of structures of injustice beginning with treating women as equals in a community of faith where all voices are heard and respected, and no one is treated as a second class citizen. Bridget Mary Meehan ARCWP

Report by Clare sister claimed such abuse took place in 22 countries, including Ireland 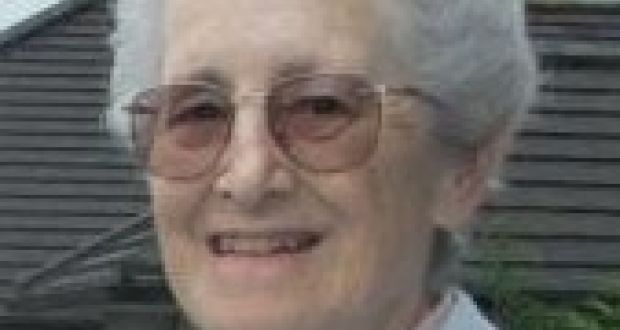 Sr Maura O’Donoghue, a Medical Missionary of Mary from Kilfenora, in Co Clare
Reports last week Pope Francis said the Catholic Church has faced a persistent problem of sexual abuse of nuns by priests and even bishops, seem to have taken many people by surprise.
Speaking to reporters on the flight back to Rome from his trip last Tuesday it was the first time Pope Francis publicly acknowledged the issue, although it is not new.
Catholic nuns have accused clerics of sexual abuse in recent years in India, Africa, Latin America and in Italy, and a Vatican magazine last week mentioned nuns having abortions or giving birth to the children of priests.
Indeed, 25 years ago an Irish nun prepared an extensive report for the Vatican on just such abuse of nuns internationally by priests. It was shelved.
As reported by colleague Joe Humphreys in his 2010 book God’s Entrepreneurs: How Irish Missionaries Tried to Change the World, Sr Maura O’Donoghue, a Medical Missionary of Mary from Kilfenora, in Co Clare, “conducted a groundbreaking inquiry (the findings of which were suppressed by the Vatican) into priests’ alleged sexual abuse of nuns in more than 20 countries.”
The existence of Sr O’Donoghue’s 1994 report emerged in 2001 when, as reported in The Irish Times, then Vatican spokesman, Dr Joaquin Navarro-Valls, acknowledged that “the problem is known about” but insisted it was “restricted to a certain geographical area” (understood to mean Africa).

The Holy See was dealing with the issue in collaboration with bishops and the heads of religious orders, he said.
Sr O’Donoghue prepared her report in 1994 after spending six years as Aids co-ordinator for the London-based Catholic Fund for Overseas Development (CAFOD). She had spent over 45 years of her missionary life in Africa.

On February 18th, 1995, she briefed Cardinal Eduardo Martinez Somalo, then prefect of the Vatican’s congregation for the religious life, on its content.
Posted by Bridget Mary Meehan at 1:30 PM