Our U.S. Catholic Challenge by John Alonzo Dick , My Response- Time to Liberate God and Ourselves from Toxic Teachings, Claim our Authority As Equal Members of the Church by Bridget Mary Meehan ARCWP 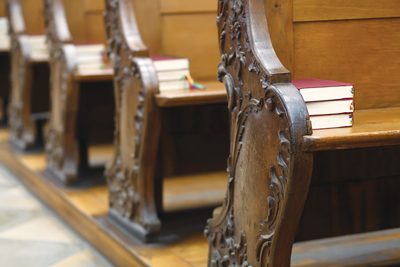 My Response: In addition to the reasons below for the decline in Church membership in recent years , I would add:

Women have left  the institutional Church because of toxic patriarchal teachings that assert control of women's bodies in family planning. Most Catholic women follow their consciences and ignore the ban on artificial birth control.

The international Roman Catholic Women Priests Movement leads the Church today by offering a new model of priestly ministry in inclusive Catholic communities where all are equal partners in the celebration of sacraments and pastoral ministry.  We have eliminated the toxic teaching and discriminatory practices by claiming our spiritual authority to ordain women for public ministry in the Church in spite of the Vatican's condemnation.

In a society where same sex marriage is legal, the ongoing discrimination against LGBQTI is immoral. It is also unacceptable to most Catholics today because Jesus in the Gospels welcomes everyone to the Table.

The institutional Church has failed to assert the primacy of conscience - although Pope Francis has made strides in this direction- to welcome divorced and remarried Catholics to the Eucharistic table.

The hierarchy continues to resist major reforms that would welcome all God's people as equal members.  Until that sad fact changes, the numbers in the pews will decline.

So what can Catholics who love the sacraments, the mystical and social justice tradition do? Follow Jesus' example, not the bishops!  Speak up and join alternative, inclusive, Catholic communities where all are welcome and treated as spiritual equals.  Each of us is the Church, not the pope or bishops alone. It is our  treasured faith community, all billion plus of us. Together we can  liberate God and ourselves from the toxic teachings and discriminatory laws of the Roman Catholic Church and live the fullness of our faith now. Bridget Mary Meehan ARCWP, https://arcwp.org. sofiabmm.bmm@gmail.com