"Of Thee I Sing", An Independence Day Meditation, "My country, ‘tis of thee, struggling for liberty; of thee I sing.", Prayer and Politics 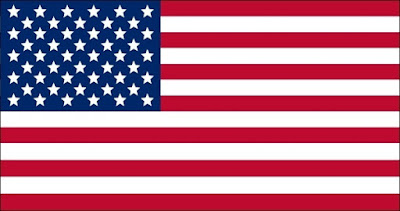 Of thee I sing

by Ken Sehested
It was the third of July on a cool cloudy skyI set in for a storm in the makin'. . . .
I believe that a thought has just gotten caughtIn a place where words can't surround itIt concerns the years past and the shadows they castAnd my path as I walk around it.—John Prine, “The Third of July”
Some years ago, on a visit to the Maritime provinces of Canada, we took a history tour of St. John, New Brunswick, and learned details of a narrative I vaguely recalled. St. John’s story is uniquely tied to U.S. history.
The settlement’s population increased significantly beginning in 1783, shortly after the Treaty of Paris ending the American Revolutionary War, when British Loyalists fled to Canada. Terms of the Treaty stipulated reparations by the new U.S. Congress for those whose properties had been destroyed or expropriated. Congress decided to leave the matter to the individual states. You can imagine how far that went. (And remember this story the next time the topic arises of reparations to those who fled Cuba after their Revolution.)
What caught my visual and visceral attention in St. John was a plaque set into a large boulder in the town’s oldest cemetery. Its inscription contained these lines:
“Within these Burial Grounds lie the remains of immigrants, rich and poor, who left their homes and arrived on our shores filled with courage and determination to establish for themselves and their children a way of life free from persecution and hostilities.”
We U.S. citizens know little of this history—including the four times we invaded Canada.[1] And we can hardly imagine anyone having fled our midst for threatened or actual persecution.
Independence Day is a good time to peel back a few layers of miseducation.
The novelist James Baldwin issued an urgent challenge needing to be faced every July 4th. “American history is longer, larger, more various, more beautiful, and more terrible than anything anyone has ever said about it.”[2]
It requires great subtlety to express genuine love for and devotion to one’s land, one’s people, one’s culture and community and, at the same time, recognize the devastation, at home and abroad, done by our hand or at least in our name.
The moment of our republic’s founding was both an unparalleled advance of democratizing force as well as a near-genocidal conquest of indigenous peoples (a “problem” referenced in our Declaration of Independence) and a historically unprecedented level of slavery (explicitly sanctioned in our Constitution).
Our accumulation of wealth involved innovative and energetic commerce as well as massive levels of sheer plunder.
The stars and bars has been a beacon of freedom to a multitude of some and servitude to others.
The complex aftermath of these conflicting dramas continue to unfold even to this day.
How do we speak rightly of both realities?
In one of his poems, Wendell Berry recommends that we “Denounce the government and embrace the flag. Hope to live in that free republic for which it stands.”[3]
Langston Hughes pleaded, “O, let America be America again— / The land that never has been yet— / And yet must be. . . .”[4]
Numerous authors point to the difference between patriotism and nationalism. The political friction from such debates is especially heated these days, given the electoral victory of a petulant man-child promising to make-america-great-again, a dog whistle tactic recollecting—without saying—the phrase’s currency within white supremist groups of all sorts.
Because our virtues as a nation are considerable, we tend to think our vices unremarkable. Such is not the case. At the same time, this is the case: If you do not love your land you cannot participate in its healing.
If we are to rightly interpret our condition, listening for the Word that is needed, we simply must take seriously the whole story—its glory and its shame.
My country, ‘tis of thee, struggling for liberty; of thee I sing.
#  #  #
ENDNOTES
[1] See James Erwin, “4 Times the U.S. Invaded Canada,” Mental Floss
[2] From “A Talk to Teachers, “originally published in The Saturday Review, December 21, 1963. Find it online here.
[3] "Manifesto: The Mad Farmer’s Liberation Front,” from The Country of Marriage, Harcourt Brace Jovanovich, Inc. 1973. Find it online here.
[4] “Let America Be America Again,” From The Collected Poems of Langston Hughes, published by Alfred A. Knopf, Inc. Find it online here.