There were 800 Marches/Demonstrations today against Gun Violence.
Over 800,000 attended the March in Washington, D.C.
A majority of the U.S. favors gun control.
Members of the Association of Roman Catholic Women Priests (ARCWP) and our inclusive Catholic Communities attended the March for our Lives in Sarasota, Tampa, Albany, Albuquerque, Greenville, North Carolina, Washington DC 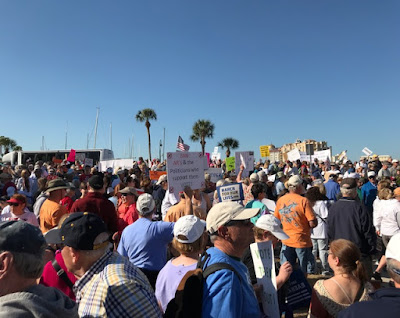 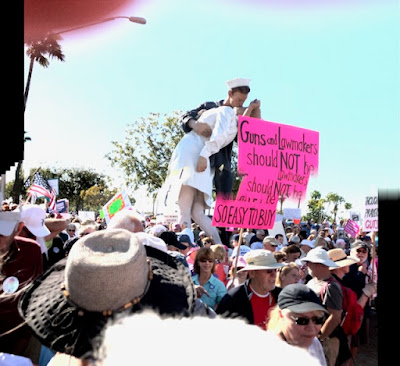 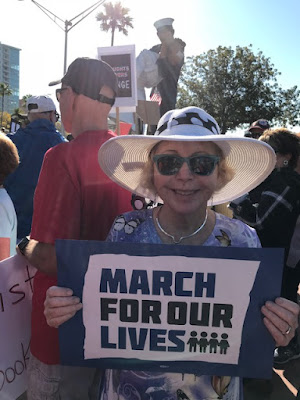 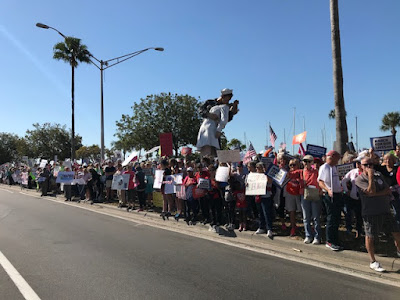 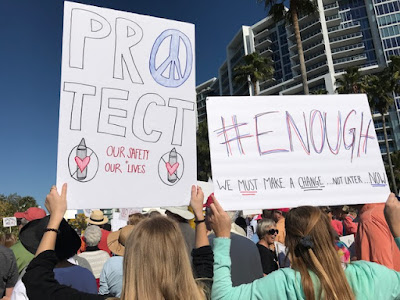 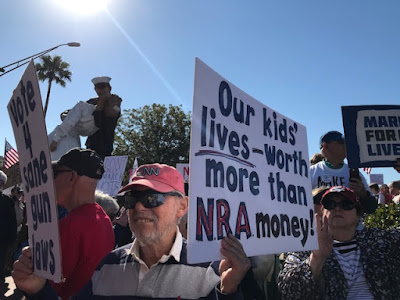 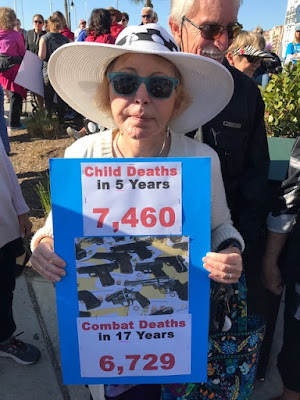 The Association of Roman Catholic Women Priests supports all social justice movements. We are in solidarity with the youth from The Marjory Stoneman Douglas High School in  Parkland, Florida who are leading a non-violent revolution to end gun violence and to make schools safer.

I believe that we need to do more than pray and send loving thoughts after tragedies where teens are brutally murdered in a few minutes. We can continue to work together to make laws that ban weapons that cause massive destruction such as assault guns and push for universal background checks. We also need more resources to treat mental health diseases and anti-bullying behaviors.

Our ARCWP members and independent inclusive communities are people of faith who pray, sign petitions, march, lobby legislators for gun control, better health care, and education in response to tragedies such as we witnessed in Parkland. Our priests and deacons are called upon to minister to people in need and in crisis. They are social justice advocates for change that empowers people.

As a commissioned member of the Federation of Christian Ministries, I share the following statement of solidarity. The Federation of Christian Ministries marches with the young people who demand an end to the terror they face by those wielding instruments of death. We follow the Prince of Peace, Jesus, who was murdered by the Roman occupation for his insistence on the dignity and value of each person’s life.

We advocate for an immediate ban on new sales of semi-automatic rifles, such as the AR-15. We advocate for universal background checks with no loopholes for all who purchase guns.
We urge that you participate in local marches and communicate your insistence for change to your governmental representatives and leaders.

We pray for the safety of all who march and for the presence of the Prince of Peace at all the rallies.